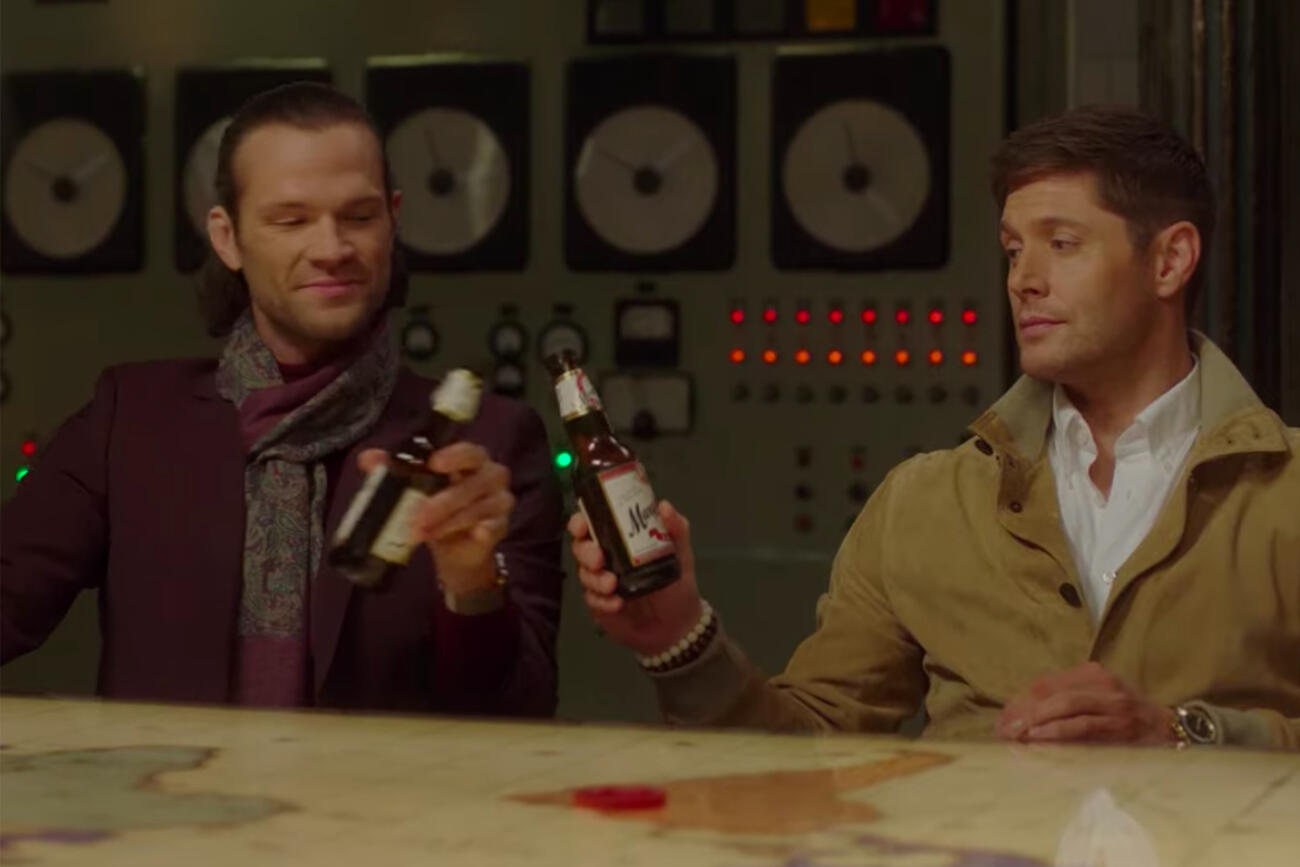 The CW is already shaking things up on its schedule, dropping a new show after airing a single episode. As things happen in television, another series has already been selected to take its place, and it is the accomplished fan-favorite, Supernatural. This leads one to wonder: what show on The CW is getting replaced by Supernatural reruns?

After only one episode, the UK import Taskmaster is being replaced by The CW’s signature series, Supernatural, per The Futon Critic. Fridge Wars is still set to air a new episode this coming Sunday, while Taskmaster will be removed and the Supernatural rerun “Back and to the Future” aired in its place. Yes, this was the first episode of Supernatural’s final season.

It is good news for fans wanting to relive Supernatural’s last season ahead of its final episodes airing this fall. The announcement is unfortunate for those who enjoyed Taskmaster’s first and only episode on The CW after it aired this past Sunday. Based on the quick decision, those at the network, apparently, felt it was not worth trying it for another week.

The news of Taskmaster getting replaced comes as The CW has planned to move forward by going outside of its usual slate. Its programming plans include CBS All Access’ Paul Wesley starrer, Tell Me a Story, and the international series, Devils, starring Patrick Dempsey. Unfortunately for those who enjoyed Taskmaster, both of those shows and Supernatural mark a considerable genre change from the UK game show.

Taskmaster centers on five contestants having to complete a series of humorously-minded and strange tasks. Now, the broadcaster is switching gears in a major way by bringing in Supernatural to help fill out the time slot. The decision provides a nice reminder for viewers hoping to relive the magic of the events so far in Supernatural’s last jaunt.

Fans still have some time left to spend with the Winchester brothers and Castiel. Filming on the series’ final season was unceremoniously disrupted by the industry-wide shutdown earlier this year. As soon as it is safe, Supernatural will get back up and running to film the final round of episodes in its finale season.

While Supernatural would have been many months past wrapped up at this point if the shutdown had not occurred, Jensen Ackles has said that the reprieve from filming has not been a bad thing. For his part, Ackles believes that it has given the cast a chance to have what sounds as though it was a much-needed “recharge” ahead of shooting the last episodes.

In the wait between now and Supernatural’s return, the show has released behind-the-scenes videos. Jensen Ackles also took to social media to wish his co-star of a decade-and-a-half a happy birthday with a poignant message. For now, fans can anticipate reruns of Supernatural taking over Taskmaster’s slot. If you had not had a chance to tune in for the last season, here is your chance!

Reruns of Supernatural will air Sundays at 9 p.m. ET on The CW. The last episodes of its final season are expected to arrive as one of this fall’s premieres. To go above and beyond with even more reruns, past seasons of Supernatural are now streaming on Netflix with lots of new 2020 content.