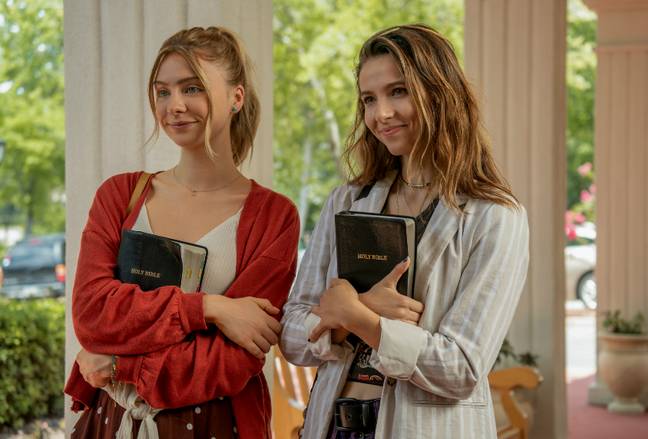 Action comedy Teenage Bounty Hunters is coming to Netflix and its going to be your new obsession.

RELATED: Look at the new netflix series from the creator of ‘Orange Is The New Black’

From the creator of Orange Is The New Black and Glow the new series stars Maddie Phillips and Anjelica Bette Fellini as twins, Sterling and Blair Wesley. In case you hadn’t clocked from the show’s name, Sterling and Blair are 16 year old bounty hunters, recruited by Bowser (Kadeem Hardison), who is super-experienced when it comes to catching those who have skipped bail.

Check out the trailer below:

The girls might be tracking down criminals after school, but during the day they’re just normal girls, with dating problems, school drama and heartache just like everybody else. And while they’re a great team, they have their differences, too. Sterling is a book worm, who prioritises her work, while Blair is the confident free-spirit.

The 10-episode show was created by Katheleen Jordan, while she also worked with Jenji Kohan – who is best known for her work on OITNB.

Each ep will be 45 minutes in total, which means it is totally binge-able. And the trailer promises plenty of action as we spot the brave teens tracking down and attacking their targets with remarkable force.

The girls look on track to become the “best bounty hunters in Atlanta” – there’s just one thing stopping them… school. This sounds like everything we want in a teen drama.