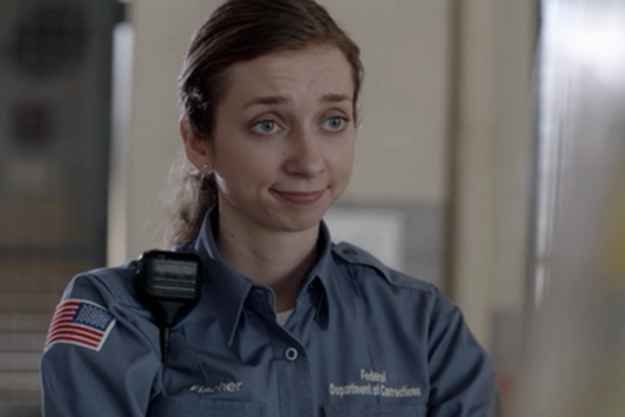 Lauren Lapkus revealed she and her husband Mike Castle welcomed a baby girl, named Holly, to her 461,000 Instagram followers on Friday night.

To announce their first child’s arrival to the world, the Orange Is the New Black actress, 35, shared footage of their newborn in a blue floral onesie as she laid in a leopard-print bassinet and sucked on a pacifier.

Castle uploaded the same adorable recording to his social media accounts with the caption, ‘Welcome to this strange world, Holly.’

Lapkus’s post received more than 61,241 views in just three hours and was flooded with congratulatory messages from fans and her celebrity pals.

In May, Lapkus first publicly shared the news that she was expecting after managing to keep her pregnancy under wraps for nearly seven months.

‘We are expecting a baby girl this summer. I am over the moon. So grateful and happy,’ the star wrote on Instagram alongside a photo of herself looking lovingly at her husband as she cradled her baby bump.

Castle, 32, was pictured returning his wife’s adoring gaze while holding the couple’s dog in his arms.

The two married in 2018 after meeting on the TNT show Clipped.

Lapkus played security guard Susan Fischer on the first and second seasons of Orange Is The New Black.

The Illinois native has also appeared in the 2015 film Jurassic World and in 2016, she starred in her own 30-minute episode of the sketch show Netflix Presents: The Characters.

She had a recurring role in HBO’s Crashing between 2017 and 2019 and regularly performs in improv.

My name is Damyan Ivanov and i was born in 1998 in Varna, Bulgaria. Graduated high school in 2016 and since then i'm working on wordpress news websites.
Baby, Baby girl, Birth, Lauren Lapkus, Mother, News, OITNB, Orange Is The New Black, TV Series