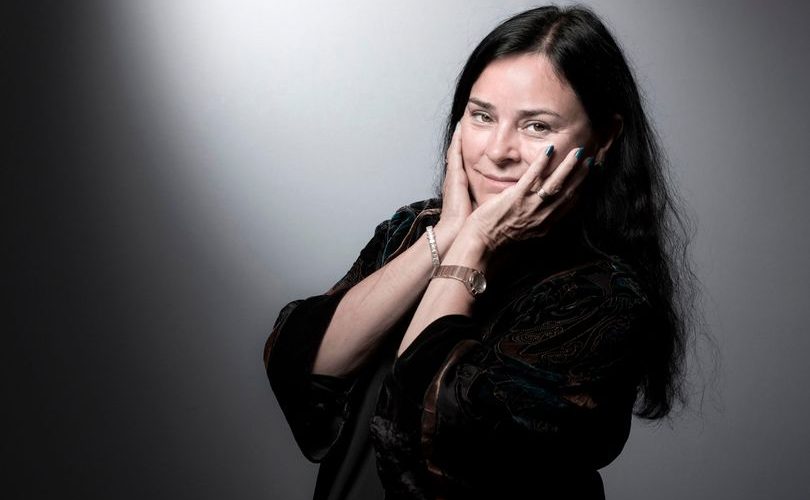 It appears Diana Gabaldon has been left a little out of the loop when it comes to the latest Outlander prequel TV show news.

One of the most vital players in the creation of the original Outlander show, when Starz confirmed that they were indeed making a prequel show based on the books she is currently working on, they were at pains to confirm that Diana had been brought in as a “Consulting Producer” on the project.

However, the much-loved author has been left a little bemused by the whole thing, taking to her official Facebook page to confirm that no one had talked to her about coming on board for the new show.

Though she did add that didn’t mean she wouldn’t be involved going forward.

Starting off her post with “This is interesting…”, she wrote: “Note that I have no idea what a “Consulting Producer” is, and no one has talked to me about being one. This doesn’t mean that I won’t be involved with the show, but I have no details at the moment.”

She then added that she is indeed currently working on the book the prequel will be based on, the story of Jamie Fraser’s parents Brian and Ellen, but added that she had no idea how it will work in terms of timings.

“I have no idea what the timing of the show might be, or to what extent the show-runners plan to use the book (insofar as it exists by that point),” Diana added. “‘In development’ is not the same thing as being green-lit; it just means they’re starting to put together the pieces.”

And she wasn’t the only one a little confused by how it would all work.

One of her fans responded: “I’m wondering how they can start all this when you haven’t even finished the book. Seems a little horse before the cart to me. I’m sure it will all work out but it does seem kind of presumptuous.”

While another added: “I was wondering how they planned to make this series knowing you were still writing the book. I really really hope they let you finish writing it rather than making their own version.”

When pondering how they could create the show without Diana’s source material, a fan had their own theory, joking: “It’s simple. They sent someone to the future to grab the new book and they’re working from it.”

How do you think it will work? Let us know below.

My name is Damyan Ivanov and i was born in 1998 in Varna, Bulgaria. Graduated high school in 2016 and since then i'm working on wordpress news websites.
Diana Gabaldon, News, outlander, outlander prequel, TV Series