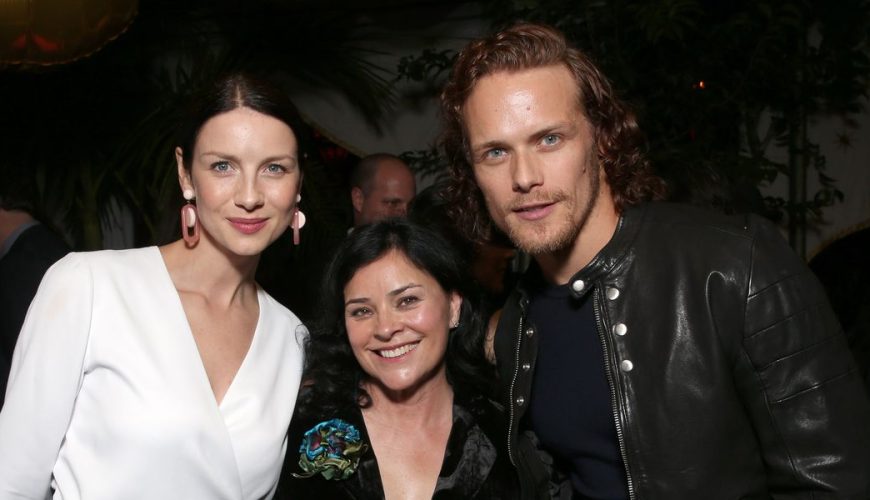 Fans of the hit show Outlander have been handed some welcome news after author Diana Gabaldon hints there may be more to come after season seven.

Heughan, 42, has already confirmed the latest instalment isn’t likely to air any time soon due to a filming schedule heading into next year.

An eager fan on Twitter shared her disappointment that the show may be coming to an end. She said: “@SamHeughan Really upset when I read @Writer_DG said that season seven may be the last season of Outlander. I’m really really really sad.”

Quick to respond, Gabaldon said: “Don’t pay attention to stupid click-bait online, is my advice. Of course Season 7 _might_ be the last–it may well NOT be the last. Nobody knows that. But people keep pestering, so they get non-answers like, “Maybe” and add silly headlines.”

The seventh season is set to follow the story of “An Echo In The Bone”.

The cast and crew are currently filming in Scotland, and have been spotted at different filming locations over the last few months.

But it’s not the first time the Outlander creator has looked ahead.

During a conversation with The Times, she was asked about the end. “I’m amazed and pleased that it has run for seven seasons,” she responded.

She continued: “We have had talks with showrunners about potential endings. We came to a few conditional conclusions. But we won’t know until we get further down the road.”

Referencing the fact that the future is still up in the air as Starz has not yet green lit another season, Gabaldon continued: “If we have a season eight that would be totally great, and if we don’t get a season eight, then the seven we have are really good, and we can contrive a reasonable ending if that should be the case.

“We keep our fingers crossed. It’s rare for a hit series to go that long.”

Last year, Balfe told Deadline that ending the show with season seven could make sense as “it would be ten years” since it began.

She continued: “We all feel like we’re so lucky that we’ve gone this far. Who knows what happens after that, but how lucky we’ve been, right?”

My name is Damyan Ivanov and i was born in 1998 in Varna, Bulgaria. Graduated high school in 2016 and since then i'm working on wordpress news websites.
Diana Gabaldon, News, outlander, Outlander 7, Outlander finale, outlander season 7, TV Series