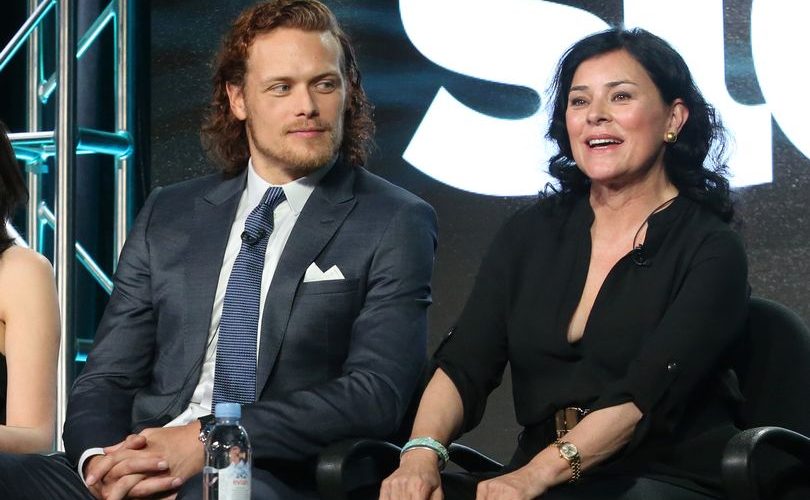 Outlander is one of the most talked-about TV shows around, with fans dissecting every little hint or suggestion to try to work out what will happen next.

And that’s before you throw in those who have read the books.

This means that author and creator Diana Gabaldon often has to deal with a lot of speculation about where she might take her characters next, and in particular, what might happen to Jamie and Claire Fraser.

With one book still to go, and (it’s hoped) at least a few more seasons of the TV show, fans are desperate for clues about their favourites. However, Diana has already shot down one fan theory about what might happen with Jamie at the very least.

Interacting with book lovers on Twitter, she took time out to squash one suggestion about where she might take everyone’s favourite Highland warrior.

As we know, not everyone in the Outlander Universe can time travel, only a select few, but ever since we saw Jamie’s Ghost in 1940s Inverness, people have believed that perhaps he also has the talent.

Will he somehow make it to the future using the stones? Diana emphatically says no.

When one fan begged her to “creatively write in a way for Jamie to be able to travel into the future with his family and live out of his life at Lallybroch”.

Well, there you have it, that’s at least one theory we won’t have to worry about…

Now we just have to work out another explanation for how Jamie’s Ghost got there.

My name is Damyan Ivanov and i was born in 1998 in Varna, Bulgaria. Graduated high school in 2016 and since then i'm working on wordpress news websites.
Diana Gabaldon, Jamie Fraser, News, outlander, Sam Heughan, TV Series