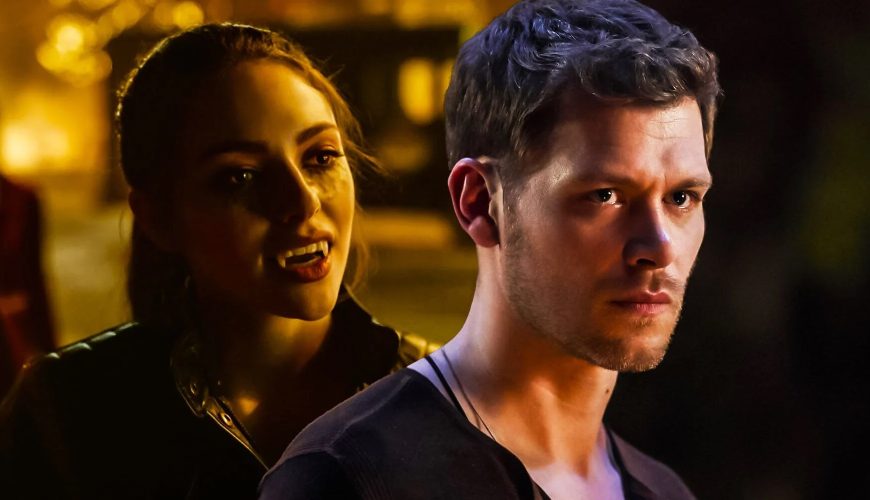 Legacies has brought back more than a dozen fan-favorite characters from the Vampire Diaries Universe during the course of its four seasons. But has it been saving its biggest cameo for last?

Joseph Morgan — whom fans have begged to appear on Legacies since its premiere, despite his character dying in the series finale of The Originals — took to Twitter on Wednesday to address the rumors that Klaus will return for Legacies‘ June 16 series finale.

“First of all, I haven’t seen any cast from the TVDU in years, not in person at least, I promise you that,” Morgan tweeted. “All this speculation is gonna drive you crazy. Let go of these nonsense theories about hidden codes, Everyone knows Klaus Mikaelson is dead.” It’s worth noting that the tweet was formatted in such a way that the first letter of each new line spelled out “finale.”

Morgan followed that tweet up with a video, which fans are naturally taking as further proof that Klaus is coming back. His wink at the end isn’t helping, nor is the fact that the first letter of each sentence in the video spells out “Legacies.” Watch for yourself:

Morgan played Klaus, a vampire-werewolf hybrid, for more than two seasons on The Vampire Diaries (2011–2013) before bringing him over to The Originals for another five (2013–2018). Klaus made a return of sorts in a Season 4 episode of Legacies, when it was revealed that the Mikaelson family used magic to collect his ashes.

Following The Originals‘ conclusion in 2018, Morgan has appeared on TNT’s Animal Kingdom and Peacock’s Brave New World. He’ll next be seen playing Brother Blood in the fourth season of HBO Max’s Titans.

On the topic of Legacies‘ finale — which was written to serve as a potential series finale — series creator Julie Plec teased a few “surprises for long-time #TVDU fans that may just blow your mind.” A cameo from Klaus would certainly do just that!

Are you holding out hope for an appearance from Klaus (or any other #TVDU favorites) in Legacies‘ finale? What are your hopes for the too-soon ending in general? Drop ’em all in a comment below.

My name is Damyan Ivanov and i was born in 1998 in Varna, Bulgaria. Graduated high school in 2016 and since then i'm working on wordpress news websites.
joseph morgan, Klaus Mikaelson, Legacies, Legacies finale, News, The Originals, the vampire diaries, TV Series, TVD