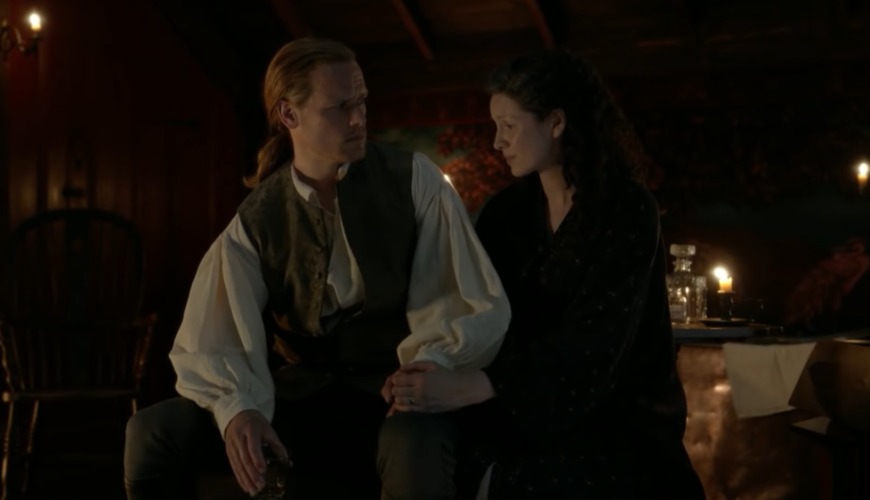 Outlander season six is nearing its end and the author and creator Diana Gabaldon has been offering her thoughts on the most recent episode.

“Sticks and Stones” saw Claire forced to face up to her fractured mindset and coping mechanisms as the accusations of her being a murderer continued to gnaw at her already fragile state.

The death of Malva Christie (Jessica Reynolds) was another threat to the safety of the home Jamie and Claire had built and even had the former WW1 Nurse questioning whether she was indeed involved in the young woman’s death.

This trauma has been manifesting itself as the lingering spectre of Ned Dennehy’s Lionel Brown in Claire’s tortured mind, a vehicle from the show’s writers that Diana has been impressed with.

Speaking with Parade.com, she said that Lionel was a “pretty effective mechanism” for reflecting Claire’s inner turmoil.

She added: “He usually shows up behind her, slithering into view from the side, sneaking up on her. Which is, of course, exactly what her fractured thoughts are doing.”

Diana was keen to point out that actor Ned Dennehy was so good at manifesting the evilness of Lionel Brown, that the showrunners were “loathe to lose him”.

Representing the post-traumatic stress that Claire is suffering from in the wake of her ordeal at Lionel and his gang’s hands, Dennehy’s return has been a suitably frightening facet of this season.

Diana added: “Lionel’s what her mind is using for a metaphor to articulate itself, to say the things Claire can’t bring herself to look at.”

Finally, Diana said that her confession to Jamie, and they’re dealing of this problem together, was perfectly handled and acted out by a pregnant Caitriona.

Diana added: “This climax of the episode shifts the inner conflict she’s been dealing with all through the season to an explicit outer conversation/joining with Jamie; it’s like Lionel bursting through the looking glass, as it were, and being (more or less) vanquished by the two of them, together.”

And it does indeed seem that heading into the final episode, the pair are stronger than ever and ready to face down Richard Brown and his “Committee of Safety” in an explosive finale.