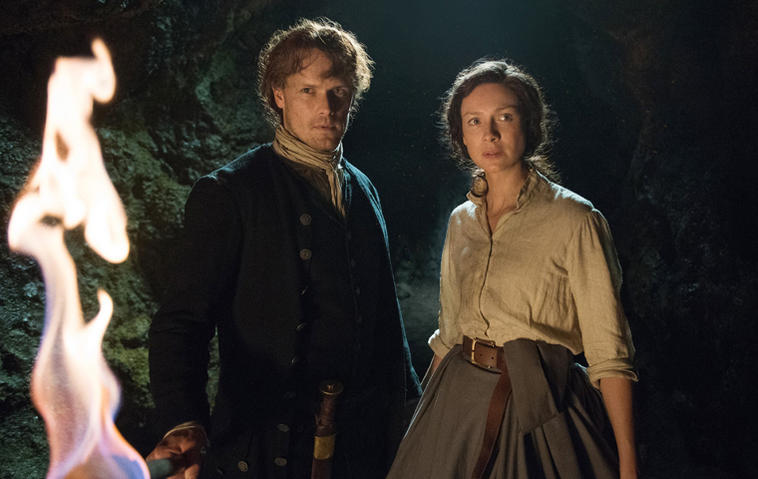 As cast and crew continue filming scenes for Outlander season seven, fans have been using the time to catch up on creator Diana Gabaldon’s books.

The current Droughtlander will finish this summer when the new series hits screens but to keep themselves busy, the show’s loyal followers have been brushing up on the original book series.

And as always, they are not holding back on their thoughts about the differences between the books and the TV programme, as writes the Express.

Some eagle-eyed viewers have taken to Reddit to discuss the major moments from the literary series which were not included in the sixth outing of the small screen version.

In Diana’s novels, the pair are much closer than they are on the telly programme and this culminates in a joint expedition to find some woolly mammoth bones where Ian tells Brianna about his spell with the Mohawk tribe and him having to leave his wife Emily (Morgan Holmstrom). The TV adaption sees these scenes changed to a conversation between Ian and Jamie (Sam Heughan).

Redditor Bubbly-Outcome9437 said: “So this isn’t meant to be the typical rant about how awful season 6 is. (However, compared to the books it did kinda suck).

“But I’m on chapter 70, almost 900 pages in, reading the mammoth chapter with Ian and Bree.

Other fans chimed in that they felt the change to the storyline meant a wasted opportunity to explore the relationship between the adoptive cousins, a twist which may have been introduced by the writers in order to showcase Jamie’s bond with Ian.

“It was such a good moment between them,” the original post continued. “It made me ball my eyes out.

“I’m kinda mad they left this out,” they added.

“Even if they’d left the mammoth out they could’ve had the conversation.”

“I guess they had a lot to fit in a little time but it makes me mad they left this particularly out in favour of some other stuff I feel like didn’t matter as much.”

Outlander fans were delighted to receive an early Christmas present in December when Sam Heughan confirmed that it will be returning in the new year.

After season five, fans had the longest ‘Droughtlander’ yet due to the coronavirus pandemic and had to wait two years for season six but it seems that the wait for season seven is nowhere near as long.

Sam, who plays Jamie Fraser in the hit show, took to Instagram to share the news, with a picture of him and his on-screen wife Caitriona Balfe in character with the words ‘Outlander new season coming in 2023’.

Alongside the picture, he wrote: “Lots to look forward to in the new year! Happy Holidays all! @outlander_starz.”

As a result of the restraints due to covid, the sixth season was cut to just eight episodes but that will be doubled for season seven.

A number of scenes were dropped from the book in order for producers to bring out the sixth series – which is something that was highlighted on the Reddit thread about omitting key moments from the book.

ClubExotic said in the comments: “In my opinion, it’s because they simply can’t fit all the cool stuff in the show. I would love a more book-faithful show!”

“I agree,” LadyGethzerion added. “I know the show doesn’t have a lot of time, but I do miss that close cousin relationship between Bree and Ian on the show.

“They spent more time showing Bree with Marsali (Lauren Lyle) and as much as I like Marsali, I just adore how much Bree and Ian love each other.”