Outlander fans are already flocking down to a park in Glasgow as crews have been spotted filming in the city on Wednesday afternoon. Season seven is currently in it’s filming stage, with a release date of 2023 on the horizon, as reported by the Daily Record.

Filming for the new, 18-episode long series has been underway for quite some time now. However, one happy fan spotted the Outlander crews parked up at Pollok Park today.

Posting on a Facebook community page, one fan took several photos of the vans, writing: “Pollok Park full of movie maker vans, they are filming Outlander for the next few days!”

Cast members of Outlander have been sharing their own filming updates, with Glasgow Live reporting earlier today that Sam shared a rather upsetting piece of news to fans.

Sam said: “This season is going to take a while, it’s an 18-episode bumper mega season, so we probably won’t be finished until March or February of next year. It’s a big one this year as last year we had to reduce it by six episodes because of Covid and my co-star [Caitríona Balfe] was pregnant, so we moved it.”

While fans may be feeling a little disappointed in having to wait till 2023 for the new series – 18 episodes seems worth it to outlast Droughtlander. 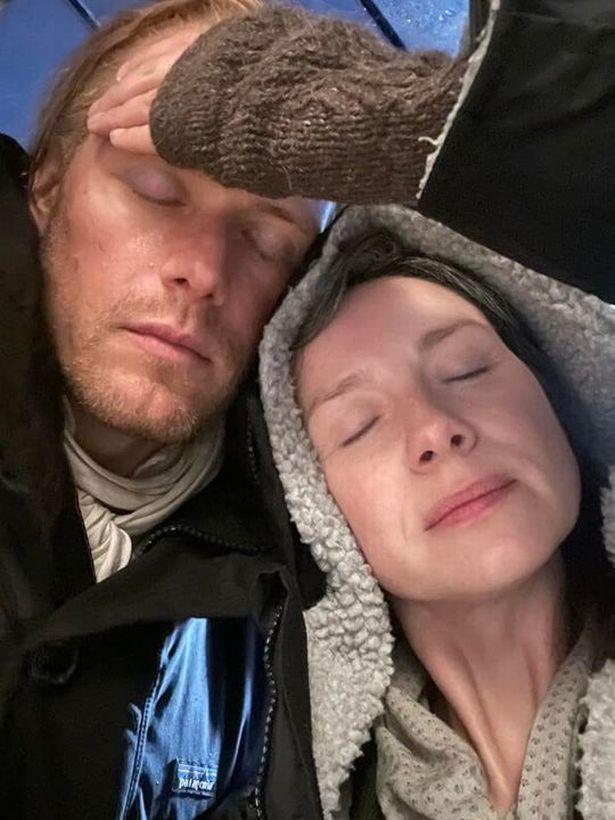 Sam and his co-star Caitriona Balfe (Claire Fraser) also took to social media to share filming updates. It is no secret that the cast are extremely close, and they had some banter off-screen.

Cait shared an image of her looking tired with Sam on set, adding: “Is it home time yet???? #Nightshoots.” Sam jokingly responded: “Whaaaaaaat?!! Shhhh, keep the noise down…. Sassensnatch.”

Fans were delighted to see the pair back together, after the cliffhanger ending to season six shocked viewers across the globe. One Twitter user said: “You two are the BEST!! Love this, love your dedication, cannot wait for more, enjoy your weekend.”

While another added: “We fans are ever so grateful you two are hard at work bringing S7 to the screen!”

My name is Damyan Ivanov and i was born in 1998 in Varna, Bulgaria. Graduated high school in 2016 and since then i'm working on wordpress news websites.
Caitriona Balfe, News, outlander, Outlander 7, outlander season 7, Sam Heughan, TV Series