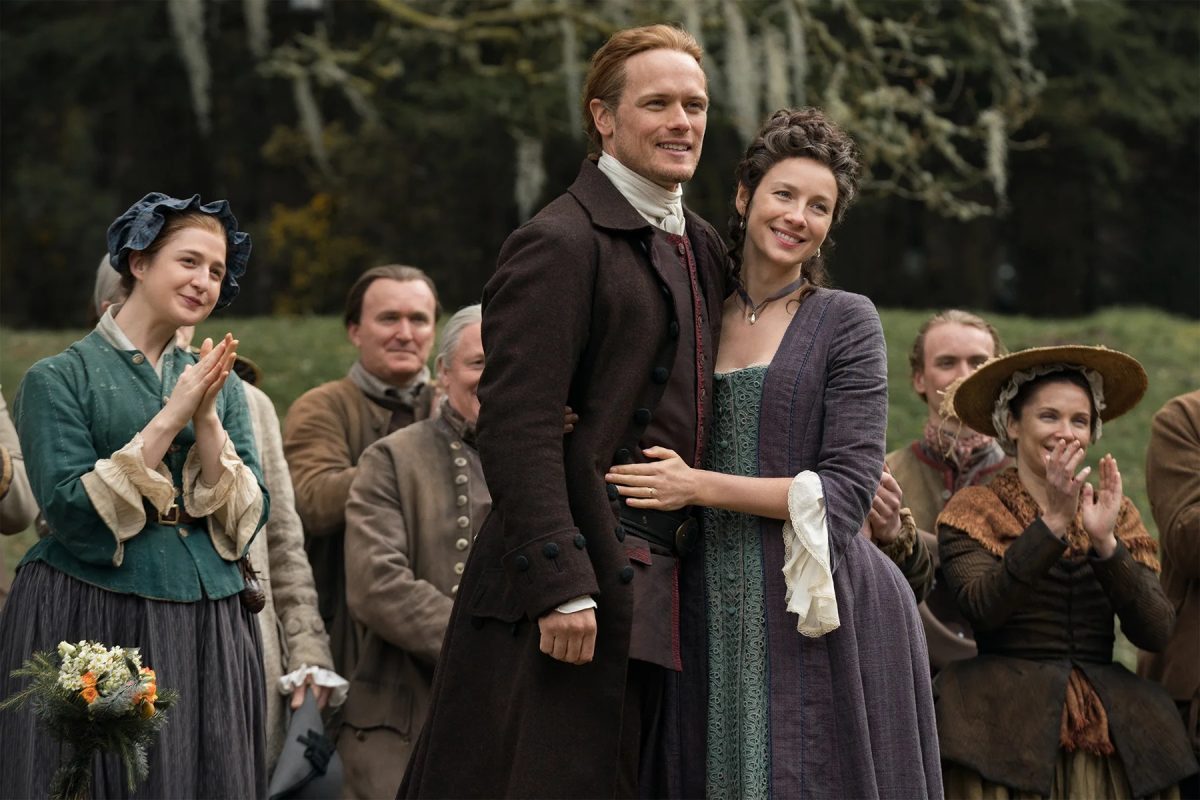 Outlander’s upcoming seventh season is due to feature several blasts from the past for Jamie Fraser (played by Sam Heughan) and his wife Claire (Caitriona Balfe). After seeing the Starz drama’s latest sneak peek on Instagram, fans were thrilled to see a brand new look at one of their favourite characters return next season.

Production for the series is still underway in Scotland, with new episodes confirmed to air this summer.

From the show’s Fraser’s Ridge set, Outlander’s official Instagram page posted a snap of Lord Grey resplendent in a traditional colonial outfit. The actor beamed at the camera in a dashing red coat complete with frills and a tricorn hat.

“I don’t know what I’m more jealous of,” the caption reads.

“@mrdavidberry’s ability to look effortless while leaning on a hanging chair or his on-point-for-2023 monochromatic costume.”

The show’s latest social media post confirmed Lord John Grey will be appearing in at least one episode of the new season, and fans couldn’t be happier.

Several excited viewers took to the comments to welcome David back to the popular historical drama.

And @outlandishpatsfan1 exclaimed: “Oh, Lord John!!!! Can’t wait to see what you’re up to on season seven. Certainly looking forward to it!”

While a number of other fans proposed Lord Grey have his own spin-off set within the Outlander universe.

“So this is the actual spin-off we want, not Jamie’s parents. When will you announce it?” @drache_66 asked.

@hellotajreen cried: “Where is the Lord John spinoff series we all want?”

And @tchtc replied: “David Berry needs his own series – even if it has nothing to do with Outlander.”

Unfortunately, the only spin-off announced so far will focus on the earlier lives of Jamie’s parents, titled Blood of My Blood. Even so, the response to the first look at Lord John in season seven proves he’s just as popular as ever, despite his dwindling appearances in recent outings.

His presence has always been welcomed by the Frasers, although his relationship with Jamie has become rather fraught since he confessed his unrequited feelings for the Scotsman.

The old friends discussed their political leanings and allegiances during Lord John’s last appearance in season six, so they’ll undoubtedly have much to talk about as the Revolutionary War starts to pick up steam.