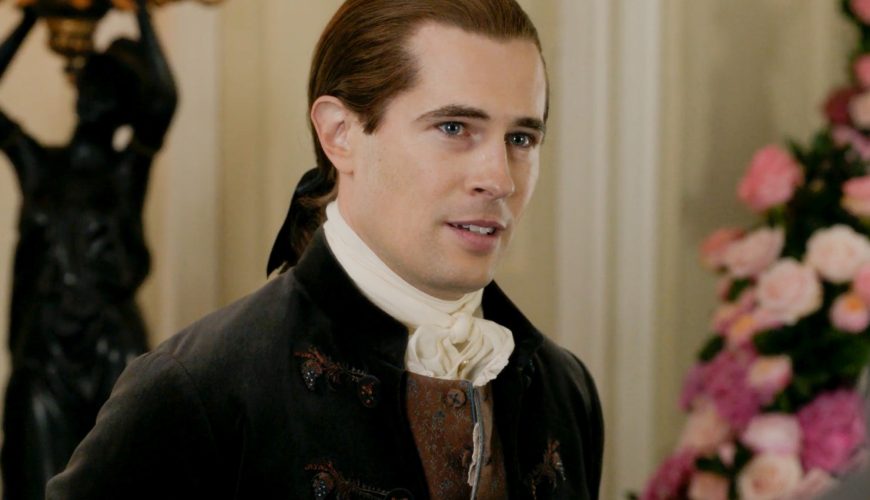 Though the droughtlander finally came to an end with season 6, there’s one face we’ve still been missing on Outlander — the charming and loyal Lord John Grey (David Berry).

But on Sunday’s episode, Lord John is back, a fellow attendee of a gathering intended to honor Scottish folk hero Flora McDonald, who is there to urge the colonists to pursue peace. As we see in this exclusive clip from the Starz show, Jamie (Sam Heughan) and Claire (Caitriona Balfe) are more surprised to see Lord John than he is to see them.

He reminds them that he’s a fan of reformed Jacobites, a nod to Jamie’s own past. But the part he doesn’t say is that he’s also there, at least in part, to suss out where Jamie’s allegiances now may lie, despite his and Claire’s attendance at a Loyalist event.

“He is a bit ambivalent about Jamie’s allegiances there,” Berry tells EW. “Lord John is very concerned that Jamie has got himself in hot water and the powers that be are cottoning onto that… How do I go about finessing this to protect him? Lord John is the best man disposed to do this because he’s able to walk those and use corridors of power really well and talk to these people and protect Jamie.”

Perhaps further complicating matters is that Jamie is still trying to play both sides, despite knowing that eventually, he must throw his support behind the Rebels, since he has the future knowledge that they will win.

How will all of this come to play out with Lord John added to the mix? Watch the clip above for more and catch a new episode of Outlander on Starz this Sunday.