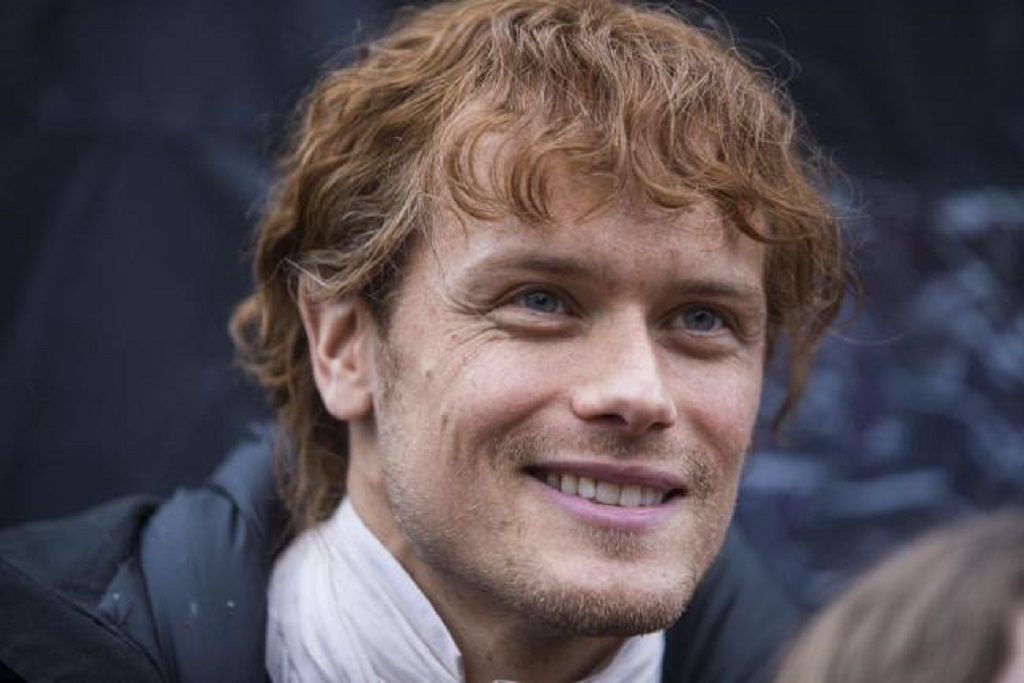 Outlander star Sam Heughan really loves being Scottish. Even though he grew up in Dumfries and Galloway, Heughan worked in London and America for years. It wasn’t until he landed the role of Jamie Fraser that he realized just how proud he was of his Scottish heritage.

The ‘Outlander’ star says Scotland felt ‘twee’ when he was growing up
On the Cultural Coven podcast, Heughan recently revealed that for years he considered himself to be British. He explained that Scotland felt “twee” growing up. But now, he realizes just how “resource-rich” the country is with its own language, culture, and history.

“Growing up when we did, Scotland was stuck in a shortbread tin kind of world. It did feel kind of twee,” Heughan said. “Certainly going to London and America…I never felt Scottish till I went to other places and people started seeing you as Scottish.”

The 41-year-old actor says that he did what other actors try to do and immerse himself in another country. He always tried to fit in. But when he returned to Scotland after landing the leading role on Outlander, he “realized what an incredible country” Scotland is and how much he loves it.

“I’m very proud to be British, but I’m also extremely proud to be Scottish,” Heughan explained. “It’s such a great wee country and has a great opportunity. I’d love to see it work and to remain in Europe. It’s how we’re all going to survive…this world is going to survive if we work together.”

Heughan and McTavish explored Scottish history, culture, food, music, and sports. But, some things were left on the cutting room floor. Heughan says they had to “drop a lot” because it just didn’t fit, while McTavish gave some details about what didn’t make the cut.

“A lot of [the cut scenes] figure around castles, I suppose, so the visit to Cawdor Castle, meeting Lady Cawdor, seeing the 1623 folio of Shakespeare’s complete works on her table just like it was a newspaper that happened to be there,” McTavish said.

There was just ‘too much’ footage from ‘Men In Kilts’
McTavish — who played Dougal MacKenzie for two seasons on Outlander — said there was even more footage that didn’t make it to air. Including meeting the Lochiel of Clan Cameron, seeing the actual battle flag that had been rescued from the battlefield, as well as the sword the clan chief used.

“It’s heartbreaking how we weren’t able to include everybody, and it was just impossible. There was too much,” McTavish said.

A lot of Heughan and McTavish’s “banter in the camper van” also failed to make the final edit. Heughan says that footage was “great,” but they “didn’t have time for it all.”

The ‘Outlander’ star always carries one item that is so very Scottish
Outlander and Men in Kilts has given Heughan a newfound love for Scotland. But, he has one habit that is very indicative of his Scottish heritage. According to McTavish, Heughan always has a constant stash of whisky on him in flasks that are custom-made for his body.

“Sam would have flasks of whisky stashed all over his person,” McTavish told Men’s Journal. “It’s incredible where he was able to hide them. I didn’t know he was carrying half the time.”

Heughan added, “I have flasks specially built for me that fit ergonomically to my body. There’s always an emergency one I have hidden away very well.”

My name is Damyan Ivanov and i was born in 1998 in Varna, Bulgaria. Graduated high school in 2016 and since then i'm working on wordpress news websites.
News, outlander, Sam Heughan, Scottish, TV Series