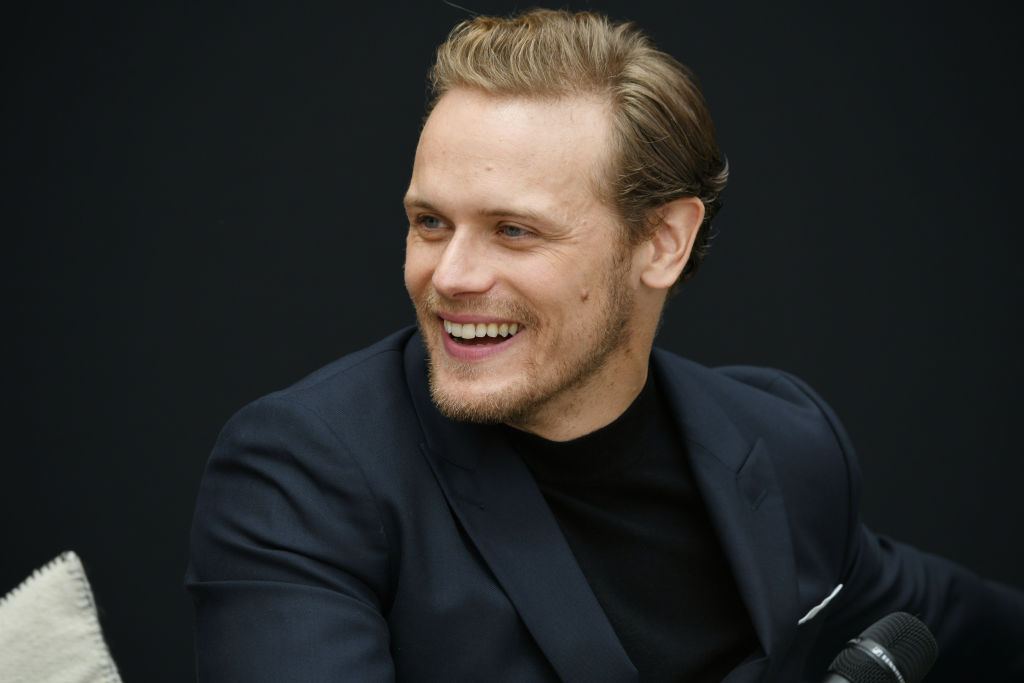 Outlander actor Sam Heughan has played the role of the much-loved Jamie Fraser on the Starz time-traveling drama. Even though the character has made him famous, he has been able to keep his private life, including his mysterious love life, on the down-low.

Sam Heughan’s Mysterious Love Life
The Scottish star is a happily married man onscreen with partner Caitriona Balfe, but has he found love in real life? Unfortunately, Heughan admits that while he is on the go to find his perfect match, his dedication to his career has somewhat hindered him from doing so.

In an interview last year, the actor revealed that he’s so busy he finds it difficult to spare time to date. He said, “Certainly, relationships are hard when you’re working in Scotland 10 months a year. I travel a lot and any downtime I have, I’m trying to do other projects, so very much, my career comes first. Maybe I will find someone eventually.”

Whenever he is in a relationship, Heughan prefers to keep it low-key. He admitted, “I am quite a private person and I do choose what I like to share.” He is not that outspoken about his love life and not much is known about who he is dating.

However, the 41-year-old star has been previously linked to Amy Shiels and MacKenzie Mauzy. In 2017, Heughan stepped out in his first public appearance with Mauzy at Oscars party. He was also seen with the actress that year at his birthday celebration, the Hungarian Grand Prix, New York Fashion Week, and other events. After a series of photos of them, they weren’t seen together – so they likely quietly split.

Another woman linked to Heughan was his former co-star Amy Shiels in 2018. Twin Peaks star Shiels may have dated the Outlander actor, but whether they were just friends or not remains unclear. Many speculated the duo dated in 2014 and 2016, although Shiels and Heughan did not confirm the rumors at the time.

The romance rumors between the two escalated in 2018, with some outlets reporting they were dating. Then in April that same year, the Irish actress posted a photo on Instagram of them looking cozy together – but she called Heughan “Big Brother.”

Sam Heughan And Caitriona Balfe’s Relationship
While Heughan remains single so he could focus on his career, many Outlander fans have also wondered if the actor has dated his onscreen wife, Caitriona Balfe. In a 2020 BBC podcast, the Jamie Fraser actor said, “We’re like brother and sister now – we know each other really well as we’ve been working together for six years which is just crazy. She’s like my sister and tells me exactly what I’m doing wrong, and I need to know these things!”

Balfe, who is now happily married to music producer Tony McGill, also revealed that there were people who want her and Heughan to date. She admitted, “There’s a small vocal group that really wanted it, which is just a testament to the characters that we portray, that the love story is so inspiring and so aspirational that people just really wanted to believe in it. And that’s a nice thing, But I think things are pretty clear now that I’m engaged to someone else. Everyone gets it now.”

Fans couldn’t agree more. Sam Heughan deserves all the love in the world, but his mysterious love life is his to decide. It can be remembered that the actor took to social media to express his dismay for those who people who can’t seem to actors from the characters they play on the screen.

He wrote, “For those still unhappy I suggest you unfollow. To every fan that has supported me and the work I do, thank you. I’m so grateful, from the bottom of my heart. Stay safe and please be kind to yourself and each other. There’s so much more to concern ourselves right now. See you around.”