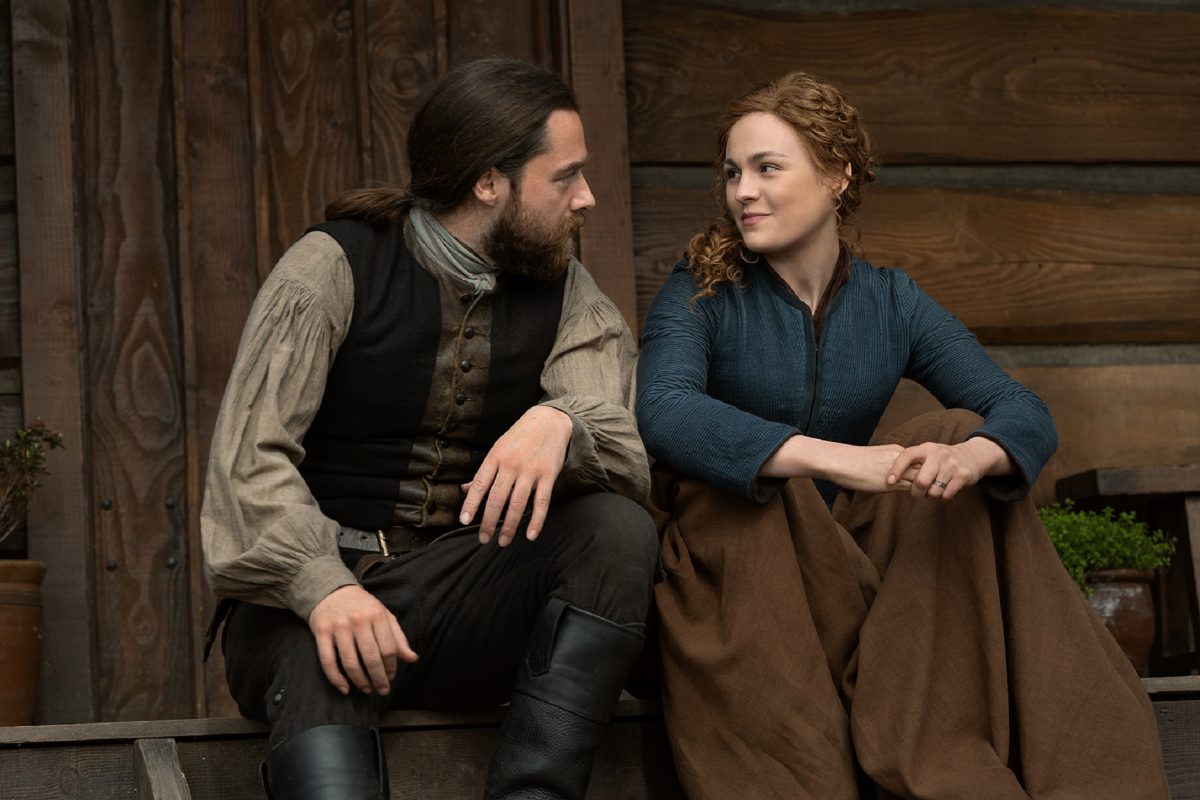 Jamie and Claire aren’t the only Outlander characters with a time-traveling romance. Brianna and Roger’s relationship has developed over the last few seasons. And in season 5, they finally got married.

The couple chose to stay in colonial America with their son, Jemmy, rather than go back to the future. But will they ever return to their time? And could it happen as early as Outlander Season 6? Fans can look to the Outlander books for guidance.

Sam Heughan revealed the premiere will debut in February 2022, two years after season 5 premiered. And a press release for season 6 hinted at what’s to come at Fraser’s Ridge. The statement said:

“If season 4 asked ‘What is home?’ and season 5 asked, ‘What are you willing to do to protect your home?’ then season 6 explores what happens when there is disharmony and division among the inhabitants of the home you’ve created: When you become an outsider, or an ‘outlander,’ so to speak, marginalized and rejected in your own home.”

Do Brianna and Roger go back to their time in the ‘Outlander’ books?

Outlander Season 6 will be based on Diana Gabaldon’s book sixth Outlander book. It’s titled A Breath of Snow and Ashes, and it promises a dramatic tale for Jamie, Claire, and company. (Warning: Outlander book spoilers ahead.)

For TV’s favorite couple, Jamie and Claire will be coping with the aftermath of the sexual assault Claire endured in the season 5 finale. The Christy family will also come to Fraser’s Ridge, and it will spell trouble for everyone. The American Revolutionary War is also on the horizon, and tensions are high.

Of course, Outlander has always balanced the dark with light. Teaser photos from the season show Jamie, Claire, and Brianna sitting in a church and smiling together. Roger isn’t seen in the photo, but it’s possible he’s actually the minister of the church, which would align with the books.

In honor of #WorldOutlanderDay, I’m excited to announce that #Outlander Season 6 has officially wrapped and is coming your way in early 2022 with a 90-minute premiere episode! pic.twitter.com/q0RV8QEFEv

The couple made their first attempt to go forward in time in the Outlander Season 5 finale. But trying to go “home” through the stones just sent them right back to Fraser’s Ridge. This plot was the show’s creation, not the book’s. However, their family of four does go back to the 20th century at the end of A Breath of Snow and Ashes.

Amanda is born with a heart condition that Claire isn’t able to treat with 1700s medicine. Brianna and Roger make the difficult decision to leave their home in order to save their daughter’s life. In book seven, An Echo in the Bone, they make a home for themselves at Lallybroch in the 20th century. And they keep tabs on Jamie and Claire through letters Claire wrote to her husband.

Photos from season 6 showed Roger running while carrying a baby. The baby could possibly be his daughter. Season 5 also sped through several months of time while showing Roger’s healing journey. So season 6 could incorporate some time jumps as well to speed up the plot for the shortened season. They have a lot of content to cover from the book, so it will be interesting to see how the show made do with the truncated season.

If the show is planning on focusing season 6 on book six and season 7 on book seven, then Outlander Season 6 could very well end with Brianna, Roger, and their family doing a time jump of their own.