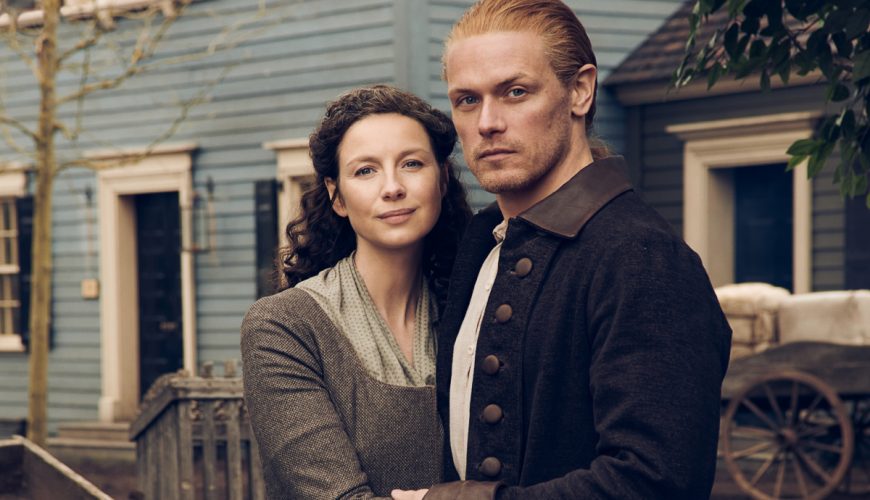 The sixth season of time-travelling period drama Outlander has finally landed on Starz/Starzplay, and continues the adventures of the Frasers and their family, who are attempting to build a nice, quiet life in 18th-century North Carolina.

Unfortunately, their lives are never peaceful – and it doesn’t help that the Revolutionary War is brewing, either – so it’s no surprise that the current season ends with the family split apart, with Claire in danger and other members of the family – including Jamie, Young Ian, Bree, Roger, Fergus and Marsali – spread out across the land. So what’s going to happen in season seven?

Here’s everything you need to know:

Outlander season 7 potential release date: when will the Frasers be back?
While there was a huge 21-month droughtlander between season five and season six, due to the pandemic, fans hopefully won’t have to wait quite as long for season seven.

During an interview with Digital Spy for season six, Caitriona Balfe revealed that they would be filming the next season for 13 months, which would take us up to May 2023. We’d expect to see episodes soon after that, and Deadline has even reported they could come as early as the end of this year.

Outlander season 7 cast: Who will be in it?
Season seven of Outlander will focus on events featured in author Diana Gabaldon’s sixth (A Breath of Snow And Ashes) and seventh novels (An Echo In The Bone) in the Outlander series.

Those books feature all the main characters so the following actors will definitely be back:

And as the new season needs to resolve cliffhangers from the end of season six, some newer cast members may return to continue their character storylines including:

Fans will also be hoping that Graham McTavish may pop up in Outlander again. The actor, who appears with pal Sam Heughan in the TV road trip travel series Men In Kilts, starred in the first two seasons of Outlander as Jamie’s uncle, Dougal Mackenzie. He then returned in season five to play Dougal’s relative, Buck, and hinted to Digital Spy that he would always be up for another appearance on the series.

“Buck… I don’t know,” he teased. “Well, I know he’s in the books – I think he’s in book seven and eight – but I don’t know… Well, listen, I’ll tell you one thing about this business is that the actors are the last to know!”

Outlander season 7 plot: What will happen?
Season six ended with some big cliffhangers that are sure to be followed up in season seven.

Claire is imprisoned in Wilmington and could be put on trial for the murder of Tom Christie’s daughter, Malva – and if she is found guilty she would be sentenced to be hanged.

Jamie, meanwhile, has just been rescued from the clutches of Richard Brown’s Committee of Safety and – with Young Ian and John Quincy Myers – is en route to rescue her, presumably planning another prison break (he already rescued her from Fort William in season one, and she rescued him from Wentworth in season one and from the Bastille in season two, so they both have experience in these matters).

The seventh season also needs to reveal who really did kill Malva, and what the significance of the reappearance of time traveller Wendigo Donner means for the Fraser family.

There’s lots more danger to come for the Fraser family, too. The finale of season six hinted at the growing unrest in the nation as Claire arrived in Wilmington, and season seven will show the Revolutionary War (the American War of Independence) looming ever closer to Fraser’s Ridge.

Diana Gabaldon’s seventh book, An Echo In The Bone, takes place between 1776 and 1778, and the Declaration of Independence was signed on July 4, 1776, while the war itself continued until 1783.

Fans of the books will know that the Fraser family get pulled into the war, and that Jamie will find himself on the opposing side to his friend, Lord John, and Lord John’s ‘son’ (actually Jamie’s biological son) William.

There will also be the arrival of a new family member – in season six, Brianna announced she was pregnant with her second child – which could lead to big decisions for her and Roger about where (and when?) they wish to raise their growing family.

Outlander season 7 episodes: How many will there be?
Due to pandemic filming issues, Outlander season six was cut from 12 episodes down to eight – the shortest season of Outlander there has ever been.

That’s the bad news – the good news is that those four episodes have been carried over to season seven, which will be a storming 16 episodes in length.

“What we did was we took the four episodes that we would have filmed [for season six] and we are now having them at the beginning of season seven, so season seven is going to be a 16 episode season,” Caitriona Balfe explained exclusively to Digital Spy. “I think in that way we are still able to do Outlander in the way we’ve always been able to do it, we take our time, we allow the story to unfold…”.

Outlander season 7 trailer: When can I see it?
Trailers for Outlander tend to be released when Starz (in the US) and Starzplay (in the UK) want to announce a broadcast date for the next series. Since that’s unlikely to be until the start of next year at the earliest, we wouldn’t expect to see a season seven trailer until at least the end of 2022.

Can’t wait that long? Some of the cast have other projects coming up in the meantime – Sam Heughan stars in the romantic comedy It’s All Coming Back To Me, which is due for release in cinemas in February and he also has a second season of Men In Kilts (set in New Zealand) with Graham McTavish on the way.

Cesar Domboy will be in the thriller series SAS: Rogue Heroes alongside Dominic West and Sex Education’s Connor Swindells, while Lauren Lyle will star in ITV’s Scottish police drama series Karen Pirie, due later this year.