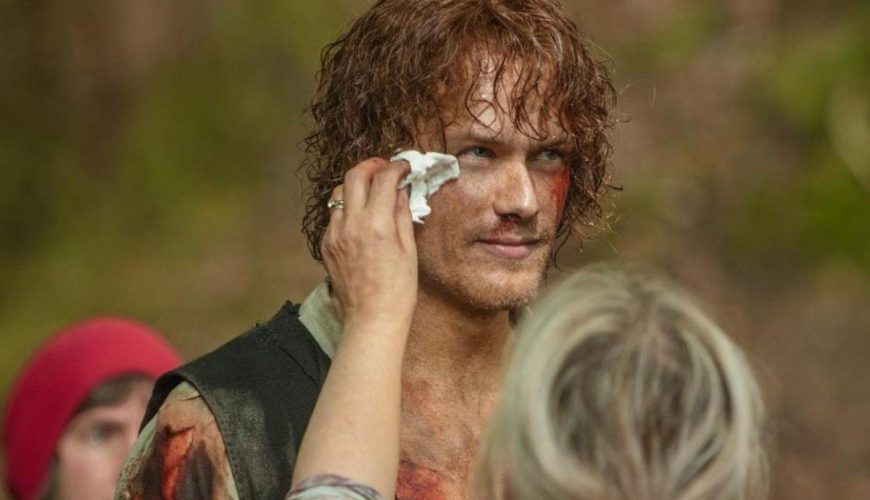 Outlander Season 7 is currently under production and words can’t express the excitement I have for the next installment. The sixth season left off on such a thrilling note as Jamie (Sam Heughan) set off with Ian (John David Bell) to rescue Claire (Caitriona Balfe).

But as Season 7 is deep in production, Starz has some updates on what the future of the series looks like. This is welcome news considering the network announced that there will be a prequel series, Blood of My Blood, based on Jamie’s parents.

Starz’s President of Original Programming, Kathryn Busby, provided some updates on the future of Outlander as well as how much Diana Gabaldon will be involved in the upcoming prequel series.

Find out what she had to say below!

For those that have been worried about whether the prequel series will impact the flagship series, Busby has something to tell us.

“Outlander is such a very important show for us that we would love to have as much Outlander as we possibly can have,” Busby told Deadline. “[The prequel will] absolutely not [take away Starz’s commitment to the original series]. What we’ve proven with the Power franchise is that we can have different lanes of storytelling around the same base. We believe that we can do that with Outlander as well. They are not mutually exclusive at all.”

This is very true! Power has proven that there is room for an entire universe to take place. And considering how successful Outlander has been for Starz, I don’t think they’re going to just choose to ignore it.

As far as how much Gabaldon will be involved in the prequel series? Well, it looks like the details are still being ironed out.

“We’re still working the details out but Diana Gabaldon will definitely be involved,” Busby said. “She is a fantastic writer and from season to season, she’s been a pleasure to work with. We are going to keep working with her.”

Thank goodness for that! Gabaldon has been a staple involvement in Outlander, and the story just wouldn’t be the same without her. I’m glad the network is cognizant of that and isn’t trying to elude her or ignore her expertise on this story.