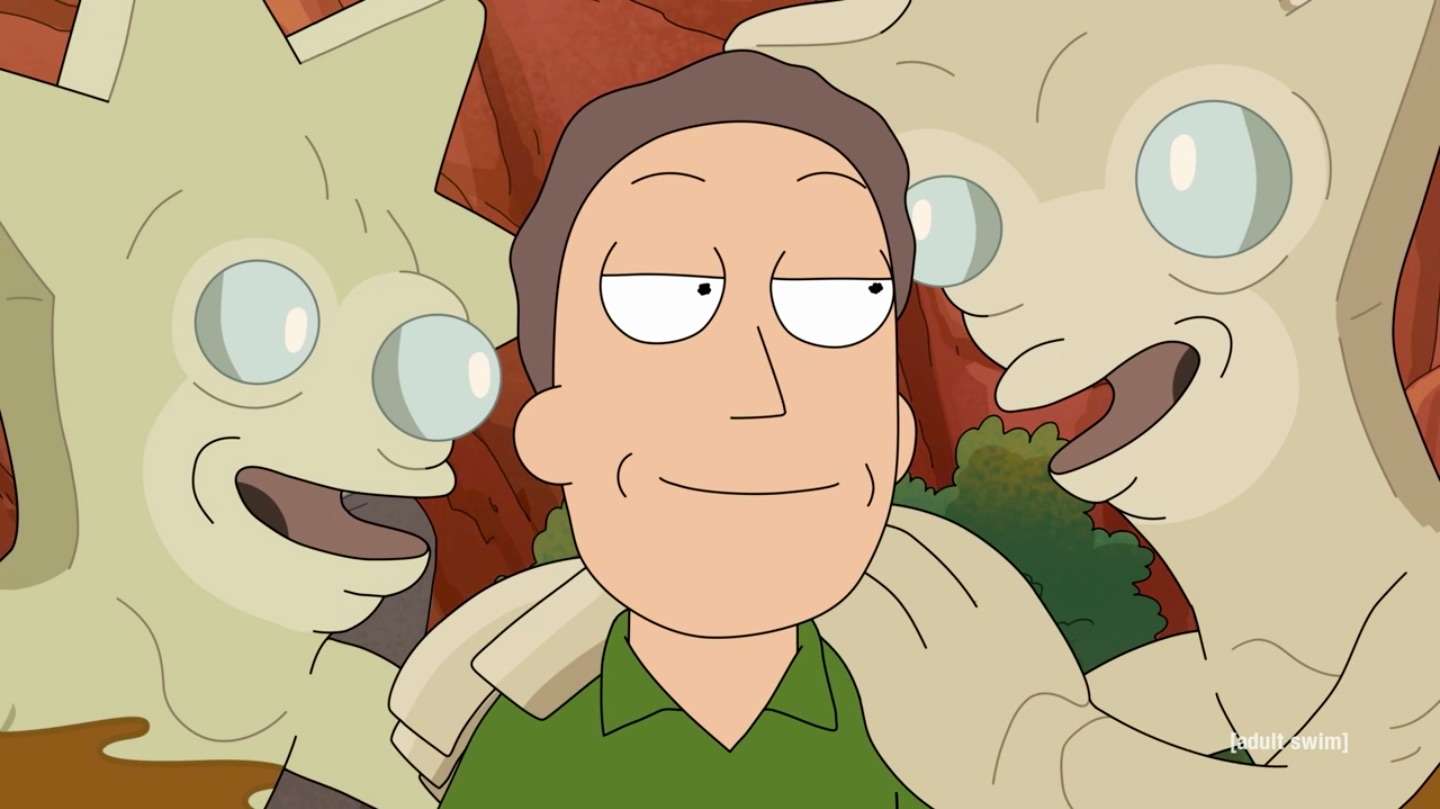 Traditionally the brunt of everyone’s jokes, Chris Parnell’s well-meaning character often gets himself into trouble amidst all of the intergalactic carnage, but things are about to change.

Chatting to Digital Spy and other press, the voice actor (who also plays Cyril Figgis in Archer) got onto the subject of Jerry’s greatest moment so far.

“I think for Jerry, his finest moment, I guess, might be coming up this season, where he sort of is a hero for a bit,” teased Parnell.

“Also, with Jerry, when he’s hanging from the plane, and he’s calling [wife] Beth – any time we see Jerry showing deep emotion, and love for Beth, is a good moment for Jerry.

“But he has a nice moment coming up this season, too. Probably not the best. But it’s a good one.”

As for what makes the sixth season of Rick and Morty particularly standout, continue reading to discover what the star had to tell us.

“I don’t know if it’s just because it’s the most familiar season to me, but I just feel like we go to even different places – just the creativity involved from a writing standpoint, it’s just always extraordinary,” Parnell reflected.

“[The] episodes in this season – there’s one that’s very kind of spooky. There’s one where Jerry gets to be a hero for a bit, which, of course, I enjoy.

“It’s just always exciting to read the scripts because they work so hard to make these stories as imaginative and sort of mind-blowingly free as possible. And I feel like the writing staff has hit its stride, in a way.”