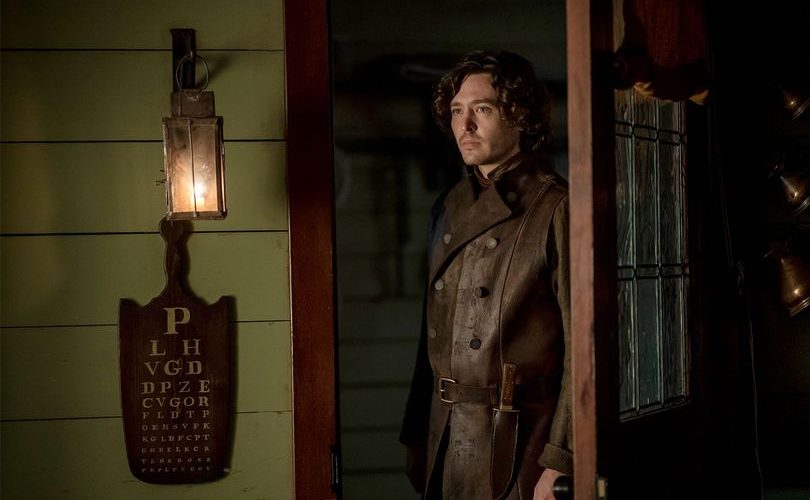 Outlander star Alexander Vlahos stole the show as Allan Christie in the most recent series, but has opened up on his hairstyle transformation for a new role.

The 34-year-old is currently starring as Charles Lockhart in ITV’s Sanditon, and recently revealed that he had to grow his own sideburns for his role on the show. Speaking to Ranvir Singh on Lorraine, Alexander divulged: “I think it [the Sanditon role] is kind of written for me in a weird way.

“So I am kind of Charles Lockhart in a weird way which people who know me will probably go, ‘Yes, that’s exactly you.’ People have said, ‘Oh, it’s just you walking up to set, isn’t it?’ I grew the sideburns myself, I did…”

As a photo of the Twitter account appeared on the studio’s screen, Ranvir went on: “Let’s take a look. ‘The most striking and seductive sideburns in Sanditon.’ Are they your own?”

Alexander confirmed: “They are my own. That was the bit… so when I was sat in the makeup chair, I’d grown these over two months. And I walking around and I look like Charles, you know, and I’m in the makeup chair with Kris Marshall to the left of me and Jack Fox is to the right and they’re getting stick-ons!

“And I felt really let down by the makeup department that I had to grow my own,” he joked. “But hey, at least we know it’s real,” the Outlander star added.

Finding the ordeal rather amusing, Ranvir asked again: “And what are they called? They’ve got separate names?” Alexander revealed the meaning behind the nicknames, telling the Lorraine star: “Yeah, they’re called, I think left is called Lamb and the right is called Sponge.

The pair shared a laugh before they moved on to discuss more about the second season of the hit period drama.

My name is Damyan Ivanov and i was born in 1998 in Varna, Bulgaria. Graduated high school in 2016 and since then i'm working on wordpress news websites.
Alexander Vlahos, New role, outlander, TV Series