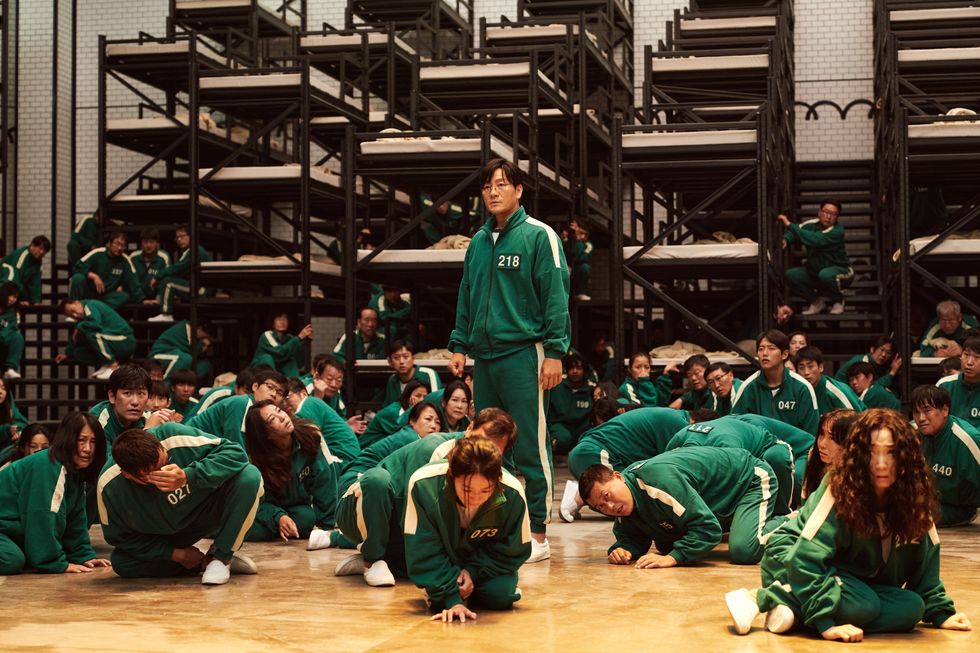 Unveiled earlier this summer, Squid Game: The Challenge invites 456 players worldwide to tackle physically and mentally demanding tasks, with a few horrific surprises mixed in too.

It’ll all be worth it, though, as one lucky contestant stands to win $4.56 million.

Discussing the project, Hwang told The Hollywood Reporter: “The creators are trying to stay true to the show, so they’re asking us for the diagrams for the set design or the attire to make sure it really resembles the actual Squid Game.”

When asked how he felt about the various businesses that have sprung from his dystopian creation, which itself critiques socioeconomic disparity, the filmmaker went on to reflect: “I guess this show is a critique of capitalism to some extent, but let’s say Gi-hun represents 90 per cent of all people, taking out the 10 per cent who are really rich.

“He’s trying to ask us, ‘Is this world fair for the 90 per cent of us? And if it’s not fair, who makes this world unfair and who benefits from this unfairness that we witness?’

“I wanted to make this show for people to realise that the world is unfair and ask themselves why and where we can start to make changes.”

Hwang, who’s also writing a movie titled Killing Old People Club, added: “I’m not trying to say that capitalism is bad in and of itself — I just wanted to raise this question about what we can do to change our system to a fairer one.

“The reason I created the show was to convey this message, but at the same time, I also wanted to be successful; I wanted to make money. So I think it’s just normal that we have this business happening around Squid Game because we live in a capitalistic society.”

Money makes the world go round, after all.