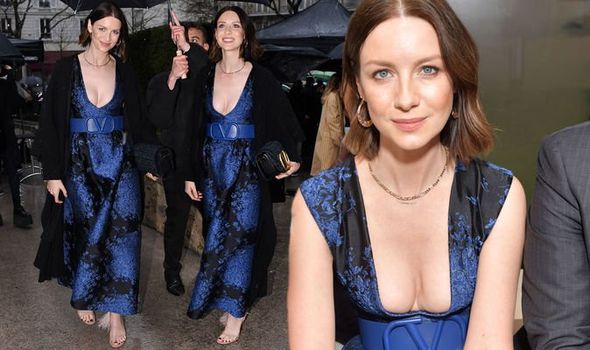 It’s hard for most Outlander fans to imagine anyone else in the roles of leads Jamie and Claire Fraser – but star Caitriona Balfe has revealed how she almost missed out on the career-launching casting.

The star, 42, who has just been nominated for a Bafta for the film Belfast, was speaking to The Hollywood Reporter’s podcast Awards Chatter, when she revealed how she thought she’d messed up the audition but was given a surprising second chance.

Back in the days when showrunner Ronald D Moore was looking to get his latest project Outlander off the ground, he opened up casting for the roles of leads Sam Fraser and Claire Randall.

A young Caitriona who was hoping to make the move from her “miserable’ career in modelling to acting at the time, revealed she auditioned for the role in 2013, but wasn’t given nearly enough information on the character she would eventually come to embody.

“My manager had sent me this two or three-line logline and was like, ‘Here, tape this audition,’” the Belfast star explained. “It was such a thinly drawn description of the role, of the character.”

She added that she had no idea it was attached to such a hugely popular book franchise or that it even involved time travel.

“It was basically ‘a nurse.’ There was no personality description. I think it was, ‘a nurse, 1940s.’ It was literally two lines.”

Pointing out that’s how new she was to the scene at that point, she sent off the tape and hoped for the best but unsurprisingly, given the lack of detail, didn’t hear back.

However, much like the little bit of magic that the show is now famous for, a chance meeting revived her chances of getting the part.

Caitriona said that while she was in Europe filming on an indie project, her manager put her in touch with an experienced agent in London and they arranged a meeting.

According to Cait, the agent took one look at her and urged her to try again.

“He was like, ‘I think you’d be really good for this role.'”

After she admitted they didn’t want her after her first tape, he gave her some more info on the character and helped her to re-tape it.

She was surprised by how quickly things happened from there.

“It went straight from having sent in that tape, not hearing anything for maybe two weeks and then all of a sudden they want you to do the chemistry read.”

Incredibly, this was all happening the month before they were due to begin shooting the pilot.

As producer Ronald D Moore said when Cait spoke to him after securing the role, “Are you ready for your life to change?”

The now-famous clip showing the two of them putting in an electrifying clip together was the result and the rest they say is history.

Well, can you imagine anyone else playing her? (Other than Davina Porter of course) tell us in the comments before.

My name is Damyan Ivanov and i was born in 1998 in Varna, Bulgaria. Graduated high school in 2016 and since then i'm working on wordpress news websites.
Caitriona Balfe, Claire Fraser, News, outlander, Outlander 6, outlander season 6, TV Series