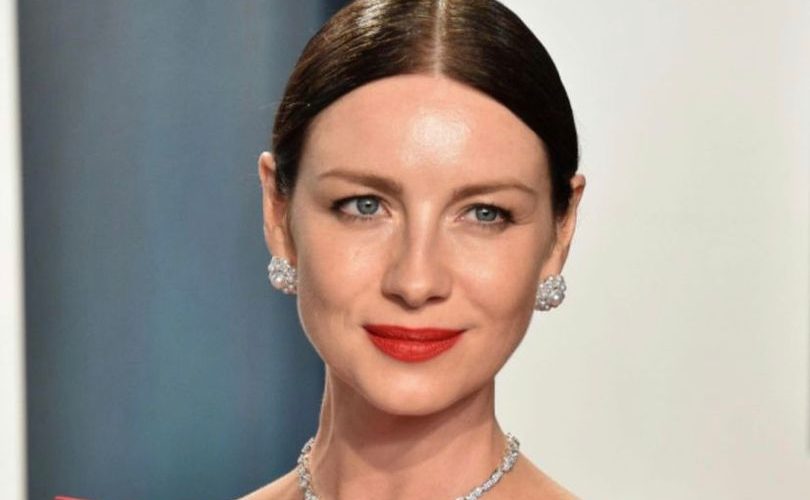 Irish actress Caitriona Balfe has paid an emotional tribute to her father as she announced his death.

The Outlander star shared the sad news with her fans and friends online on Tuesday with a heartfelt post and picture of her father, James ‘Jim’ Balfe, describing him as a ‘mountain of a man’.

“He was a mountain of a man, big in stature and personality. His presence and influence was huge in my life.

“He was loved by so many and will be missed by us all.”

The Monaghan native model turned actress went on to thank the support she and her family have received during the tough time, adding: “Thank you to all our neighbours and friends for their kindness and thoughtfulness over this past week.”

The new mother, who welcomed her first child last August, concluded the post saying: “I feel grateful to have been lucky enough to be able to call him dad.”

According to RIP.ie, her father, a retired Garda sergeant, passed away suddenly on Tuesday, 2nd August at the Mater Private.

He will be remembered lovingly by his wife Anne, children Deirdre, Kevin, Anne-Marie, Caitriona, Francis, Lorraine and David, an online death notice stated, as well as his daughters-in-law Catherine and Cathy, sons-in-law Paul, Shaun and Tony, grandchildren, brothers, sisters, extended family and friends.

Fans and famous friends of the actress shared their condolences, with Derry Girls and Bridgerton star Nicola Coughlan writing: “So sorry to hear that Caitríona. Sending you love.”

Peaky Blinders star Charlene McKenna added: “Oh Caitriona I am so so sorry to hear this. Sending so much love and strength to you and your family.”

Fellow Irish actress, Victoria Smurfit wrote: “Oh sweet friend. Am so sorry. I know the hole in your life that’s been created. Here for you. Will tell my Ma to watch over Jim and give him the tour of the next place. Huge love x

Virgin Media presenter Muireann O’Connell, who lost her own father recently, penned: “I am so very sorry for your loss. It is utterly shit.”

My name is Damyan Ivanov and i was born in 1998 in Varna, Bulgaria. Graduated high school in 2016 and since then i'm working on wordpress news websites.
Caitriona Balfe, News, outlander