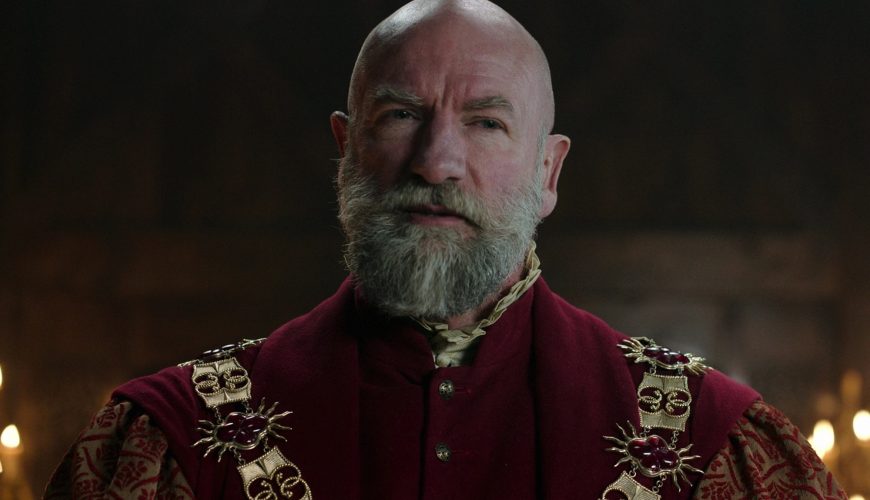 Outlander star Graham McTavish, who plays Ser Harrold Westerling, Lord Commander of the Kingsguard, in HBO’s House of the Dragon, wonders what the future holds for his character in upcoming episodes.

In an interview with TVLine, McTavish theorized what Harrold’s life looked like after he made a stand against the Greens’ takeover plans at the Small Council meeting. The actor said that the defiant moment would have been “very, very difficult moment for him” given that “Harrold’s entire life had been about his devotion to that family, and really in particular to Rhaenyra,” whom he had known since he was born. McTavish continued that he thinks the character is still alive and “imagined him sort of striding out, getting on his horse, riding out of town and really taking time to decompress to actually think, you know, ‘What am I going to do next?'” He then noted, “I don’t know where it’s all going, all the rest of it. But I mean, the possibilities are there for any number of scenarios at the moment.”

When Will House of the Dragon Season 2 Arrive?
However, fans may have to wait awhile before learning what Harrold’s fate truly is, as Season 2 of House of the Dragon is set to premiere sometime in 2024, according to HBO and HBO Max chief content officer Casey Bloys. Consequently, casting decisions have not yet been announced for Season 2 of House of the Dragon. Yet, WandaVision’s Elizabeth Olsen recently dispelled a rumor by assuring audiences that she won’t be joining the series for Season 2. “I heard [my casting] was like announced, though, which is weirder…” she said of the false reports, adding “I’ve never heard of such a thing.”

Regardless, showrunner Ryan Condal teased that it will be worth the wait, as plans for the new episodes include expanding the show’s world to epic proportions. “Just as the original Game of Thrones grew in scope and expanse as it went, so, too, will ours,” he explained, adding that “a war is coming that requires allegiances from different kingdoms and armies all over the map of Westeros.”

Condal also noted that the epic nature of Season 2 won’t feel at all forced, explaining that it “will hit the rhythms people came to expect from the middle run of Game of Thrones, but it will have been earned, and viewers will feel the tragedies because we put the work in.”

McTavish will use the hiatus from Westeros to return to his longtime TV series home, the Starz drama Outlander, for its upcoming seventh season.

House of the Dragon’s first season is available to stream on HBO Max. Season 2 does not yet have a release date.