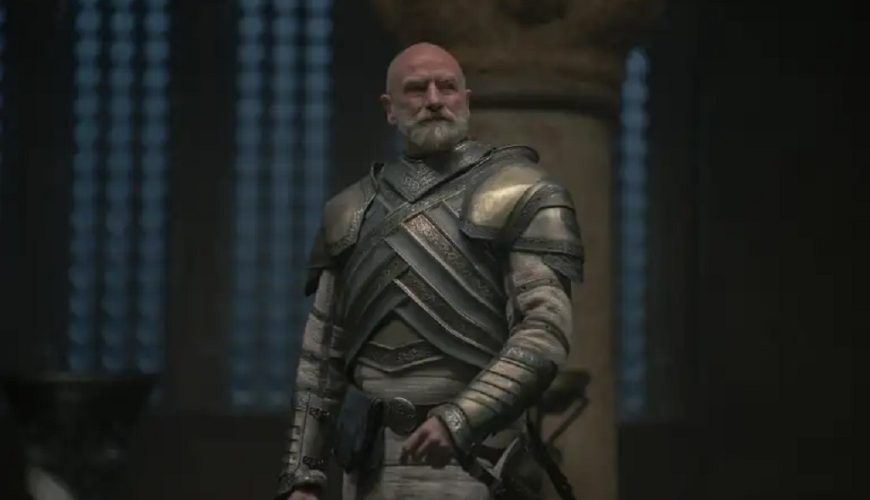 Graham McTavish is one of the most recognizable faces in the television industry, appearing in a number of famous fantasy shows and leaving an everlasting impression with his brilliant performances. From Outlander to Lucifer to The Witcher, he is one of the most respected and beloved actors, and his most recent role is sure to become one of the most beloved characters in the upcoming Game of Thrones prequel. McTavish is playing Ser Harrold Westerling in House of The Dragon and will be returning in Season 2, and there’s much more in store for his character.

In a recent interview with TV Line, McTavish talked about the future of Ser Harrold Westerling in Westeros. He said, “Harrold’s entire life had been about his devotion to that family, and really in particular to Rhaenyra. He would’ve known her since she was literally born, so it would have been a very, very difficult moment for him, but also one in the end he didn’t hesitate about.”

“So when he leaves, I mean — hey, you know, in my mind, I imagined him sort of striding out, getting on his horse, riding out of town and really taking time to decompress to actually think, you know, ‘What am I going to do next?’ Because I don’t think he has a plan. I don’t think Harrold would go home at night having an exit strategy if things went wrong. He would never have imagined that ever happening.”

He added, “It’s a sort of cataclysmic moment for him, but also for [the Targaryens], you know, because this is somebody that they’ve entirely relied upon, who never questioned anything. I mean, to them he probably appeared almost just like a functionary. You know, “Fetch. Sit. Do that. Kill them.” And for that kind of a person to turn around and say, “You know what? I just hate the lot of you and so I’m leaving,” they’ll have a few things to think about, as well. Because it’s not like Harrold Westerling is no threat to them.”

Since Ser Harrold Westerling is already dead by this point in Fire & Blood, what do you think the future holds for the noble knight? Tell us in the comments below!

My name is Damyan Ivanov and i was born in 1998 in Varna, Bulgaria. Graduated high school in 2016 and since then i'm working on wordpress news websites.
Graham McTavish, House of the Dragon, House of the Dragon Season 2, outlander, Ser Harrold Westerling