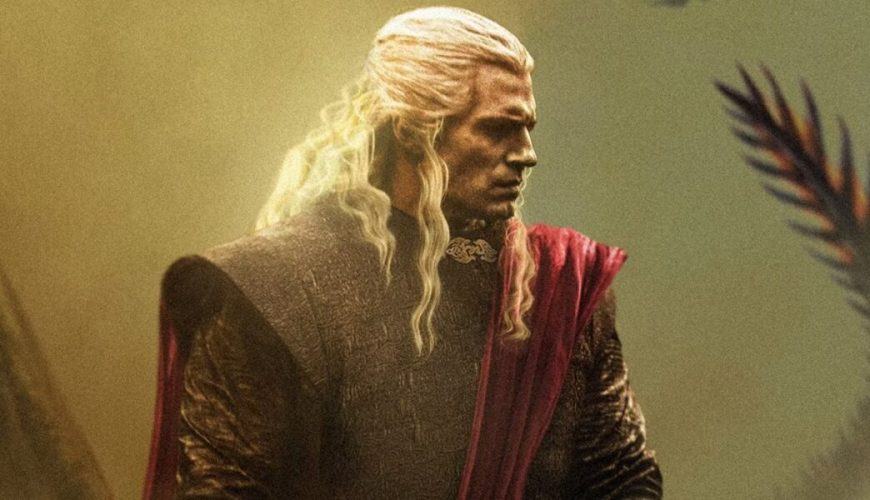 House of the Dragon has impressed audiences with its writing, character development and slow-burning drama – in what many view as a return to form from the earlier seasons of Game of Thrones. Rumours are circulating that Elizabeth Olsen, known for playing Scarlett Witch/ Wanda in the Marvel Cinematic Universe, could be cast as a younger Melisandre in Season 2.

And fans have also been speculating that the Man of Steel and Geralt of Rivia actor Henry Cavill could also feature in the Game of Thrones prequel series. However, responding to these rumours on a podcast, Cavill recently said: “I think it would be cool to be in Westeros, I really do. I don’t think there’s a place for me in there, though.”

Despite this, we can still dream. Which character could the muscle bound actor play in the Dance of Dragons, the Targaryen civil war that takes place 200 years before the events of Game of Thrones? Let’s have a look at the best characters Cavill could play in The House of the Dragon.

Hugh Hammer
We all know from The Witcher that Henry Cavill suits a white wig. He would make a fantastic Targaryen. Hugh Hammer is a dragonseed, a Targaryen bastard from Dragonstone who is legitimised during the Dance of Dragons. Described as “tall and huge”, he wields a warhammer and becomes the rider of one of the largest and most powerful dragons in Westeros, Vermithor. It is because of this he is such a key player in the Dance of Dragons.

Hugh Hammer is generally seen as a villain, so it would be interesting to see how Henry Cavill would make him more likeable. Of course, he has the physicality for the role and the acting chops to play a charismatic baddie – see Mission Impossible Fallout.

Aegon I Targaryen
There is some speculation Henry Cavill could play Aegon I Targaryen – the first Targaryen to conquer Westeros, who forged the Iron Throne with his dragon Balerion the Black Dread. In the timeline of House of the Dragon, Aegon is long dead, but there could be a flashback to his conquest of the Seven Kingdoms.

We’ve already had scenes between King Viserys (Paddy Considine) and Princess Rhaenyra (Milly Alcock) discussing Aegon Targaryen and his prophecy of the White Walkers – which Aegon called the ‘Song of Ice and Fire’.

Or, once the Dance of Dragons storyline has been shown, the series could pivot to this earlier moment in Targaryen history. Henry Cavill would be a cracking choice to play one of the most badass Targaryens of all time, if this is the case.

Cregan Stark
Could the White Wolf play the Wolf of the North? Cregan Stark is the Lord of Winterfell during House of the Dragon, and ancestor to the Stark family in Game of Thrones. He is described as one of the best swordsmen in the realm, which would suit Cavill’s skills from The Witcher.

At the beginning of the Dance of Dragons, the Starks aren’t particularly interested in affairs down south and Jacaerys Velaryon – Rhaenyra Targaryen’s son – is sent to convince Cregan to join their cause. With an army of northmen, he is a formidable foe and significant ally.

Royce Baratheon
Some think Cavill could play Royce Baratheon, an ancestor of Robert Baratheon and Lord of Storm’s End during the Dance of Dragons. However, in George R.R. Martin’s Fire & Blood, he becomes the head of House Baratheon as a child after his father is killed in the conflict, with mother Elenda ruling as regent.

The showrunners could change this and make him a fully grown man, or they could flash forward. It would be pretty cool to see Cavill as a Baratheon. They are, after all, descended from Targaryens.

My name is Damyan Ivanov and i was born in 1998 in Varna, Bulgaria. Graduated high school in 2016 and since then i'm working on wordpress news websites.
Henry Cavill, House of the Dragon, The Witcher