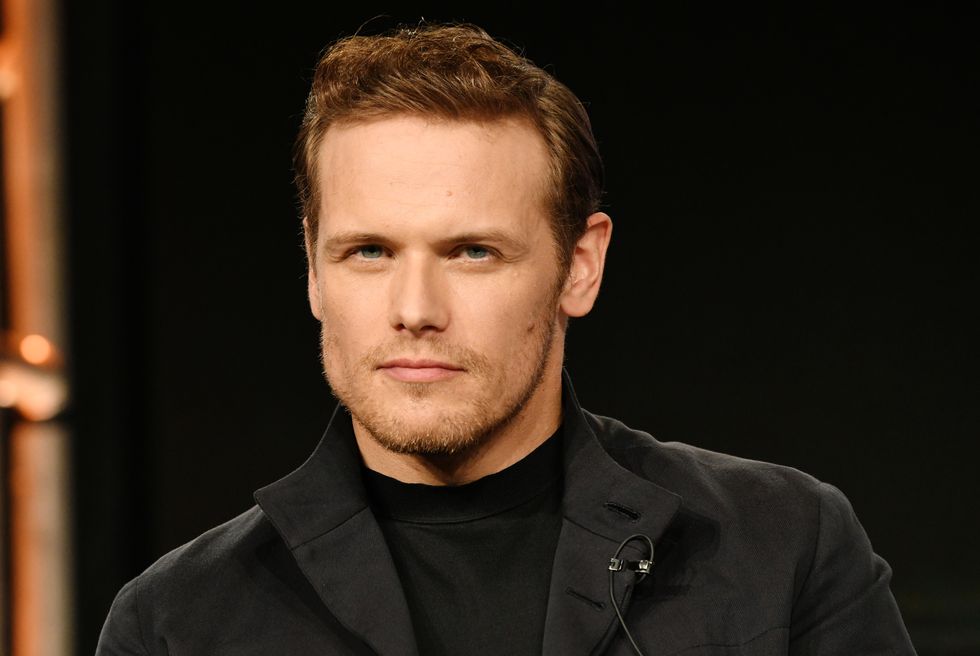 Outlander’s leading man Sam Heughan planted a kiss on the cheek of A Place in the Sun’s Jean Johansson at this year’s BAFTA Scotland Awards.

A Place in the Sun star Jean Johnasson was just one of the celebrities who took to the BAFTA Scotland Awards red carpet last month. The Channel 4 presenter was also on hand to dish out one of the famous gongs to none other than Outlander fan-favourite Sam Heughan who’d bagged the Audience Award for his role as Jamie Fraser in the Starz drama.

As he took to the stage to accept the award from Jean, the Outlander heartthrob planted a kiss on Jean’s cheek as she congratulated Sam on the win.

Soon after the ceremony, Jean to Instagram to share a number of snaps from the glamorous ceremony, and she couldn’t resist gushing over the moment with Sam.

She penned to her 23.6k Instagram followers: “I’m not going to lie, a highlight of the night was getting a kiss from the devastatingly handsome @samheughan @outlander_starz.

Jean’s lauding of the Outlander leading man didn’t stop there as she soon shared another snap of the pair together off-stage.

Alongside a smiley black-and-white snap of the two, Jean wrote: “Saved the best for last.

To accept the award, Sam looked dashing as ever in a slick navy suit while Jean wowed in a gorgeous pink number.

Sam also took to Instagram to mark the award win on his own page.

Sharing a photo of him holding the award, the Outlander star penned to his 3.9 million followers: “Thank you to everyone that voted!

“So proud of everyone that works on @outlander_starz !Great fun to celebrate with the team.x

“Thanks for a great night @baftascotland,” the Jamie Fraser actor signed off. (sic)

Outlander fans were ecstatic to see Sam’s work on the series had been recognised as he continues to film season seven of the drama.

Alongside Caitriona Balfe, who plays his on-screen wife Claire Fraser, the pair and the rest of the cast and crew are still filming the new episodes in Scotland.

Speaking to BAFTA Scotland in the winners’ room after the gong, he delivered somewhat of an update to keep excitement levels rising.

“Guys, we are working on the big bumper season of Outlander season seven,” he said.

“It’s going to be 16 episodes. We have… at the end of this season we’ll have shot 91 episodes – you better fact-check me on that.

“But yeah, we are working really hard to give you a new season.

“So we’re really excited for that to come out,” he concluded.

Outlander seasons 1-6 are available to stream.