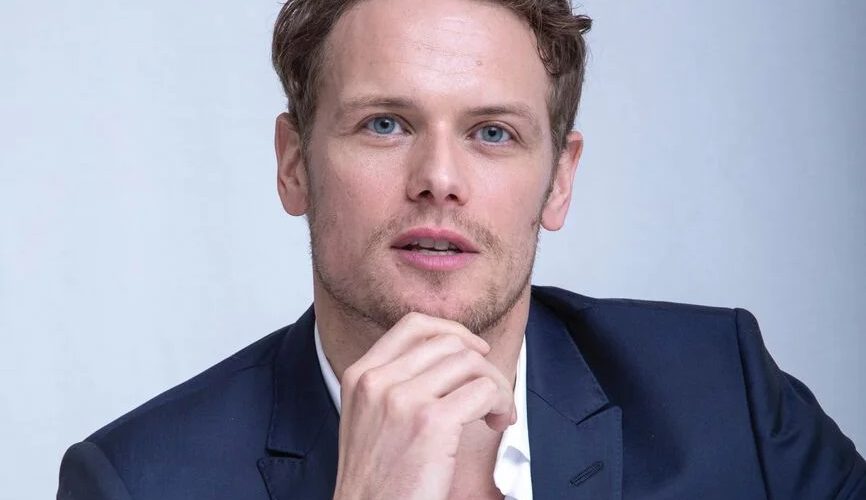 Outlander star Sam Heughan delighted fans with the cover reveal for his upcoming memoir, Waypoints, in a video posted to Instagram on Sunday.

Sharing a clip from an Instagram live, he wrote in the caption: “HERE it is! So proud. ‘Waypoints’ cover reveal. Hope you like it.”

“It’s my new memoir. I’m really, really excited to share this personal journey with you all.

“The book is coming out in October. You can pre-order right now. We’ve got a bunch of signed copies. It’s been great, it’s been a really fun experience,” he continued, before explaining the book’s synopsis: “It’s basically a memoir with a difference. I recount my Scottish journey from my birth, upbringing in rural Scotland through to deciding to become an actor and then, obviously, my career so far.

“Meanwhile, I also go on this 100-mile hike along the West Highland Way in Scotland, just around the end of October last year and then I decided to climb Ben Nevis as well in pretty much the beginning of winter which was probably not the best idea.”

He then revealed the front cover which showed the star enjoying a dram of whiskey while sitting on the shores of Loch Lomond in Scotland. The 42-year-old explained that the back cover photo was taken by himself during the hike in Glencoe, where parts of the most recent season of Outlander were filmed.

He said: “If you look closely enough, you can see this is Glencoe, this is the old military road. It’s actually an interesting base because we filmed Outlander just up here in Glencoe. If you have seen the last season of Outlander, season six, the very first flashback scene when Jamie is carrying rocks with Tom Christie, that’s where we shot that.”

Fans were quick to congratulate the actor in the comments section, with one person writing: “Congratulations, I’m sure we’ll all love it Sam can’t wait to read,” while another added: “Love it. Congratulations Sam. You should be proud of your book.”

A third person commented: “Thanks for sharing another piece of Waypoints with us until the release. Super excited to read it! Congratulations on all your success thus far.”