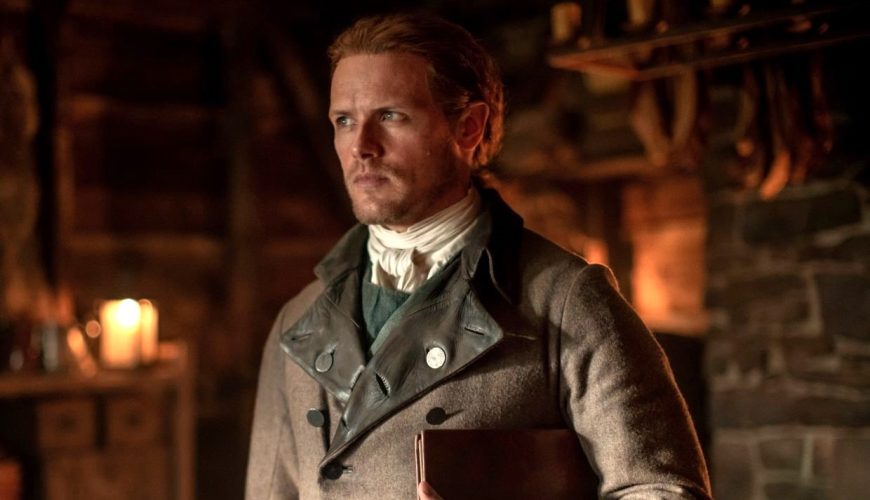 Starz’s hit series Outlander saw things take a dark turn for Jamie Fraser (played by Sam Heughan) and his wife Claire Fraser (Caitriona Balfe) when it returned in March for season six. The actor reflected on the tragic turning point for his character and revealed why it was traumatic.

After an almost two-year hiatus which fans dubbed ‘Droughtlander,’ the hit romance series Outlander made its highly anticipated return to screens.

Fans were eager to see how Claire would cope and heal after dealing with a serious attack in the season five finale. However, her life proved to take a dark turn after she became gravely ill with a mysterious sickness.

Then when things looked to be getting better, Claire was on the mend when she discovered the dead body of her apprentice Malva Christie (Jessica Reynolds) in her garden.

With the knowledge of Jessica being pregnant, Claire, who was a nurse, performed an emergency c-section to try and save the baby. However, she soon realised she was too late and laid the child on Malva’s body.

This was when Jamie showed up with her uncle Thomas Christie (Mark Lewis Jones) and her brother Allan Christie (Alexander Vlahos).

Speaking of the scene, when his character stumbled on Claire and Malva’s dead body, Heughan stated: “We have the Christies on one side and the Frasers on the other and poor Malva’s body with this child on top.” He added: “It was traumatic, very emotional stuff.”

News about Malva’s mysterious death quickly spread among the locals, with a dangerous rumour Claire was behind her murder. This was sparked by the Christie’s after Tom stated: “Your wife stands before us up to her elbows in blood,” before Allan exclaimed “With a knife”.

As a result, Claire was later taken in after it was revealed there was a warrant for her arrest As there was no foul play, people were convinced she was behind it.

Many believed the nurse had a motive because Malva had stated Jamie was the father of her unborn child.

Fans will have to tune into season seven to see if he will successfully do so or if their romance will meet its tragic end.