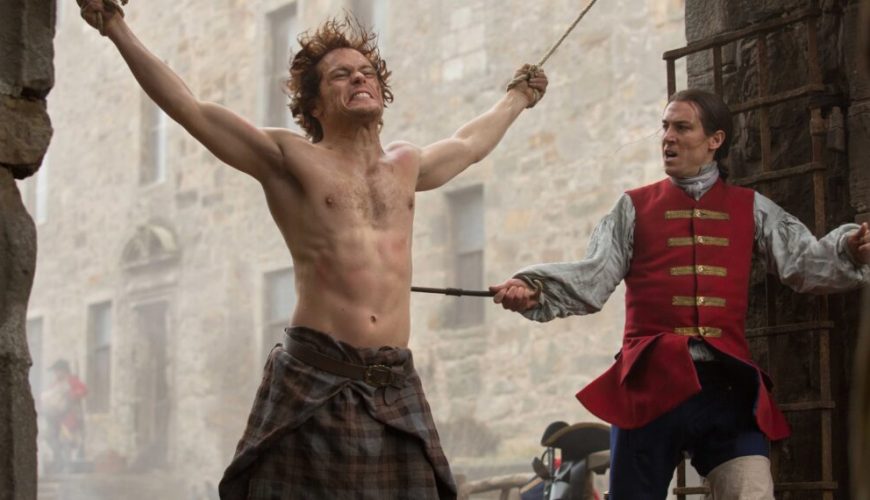 Outlander star Sam Heughan is currently in Scotland with Caitriona Balfe and the rest of the cast for the hit fantasy drama’s highly anticipated seventh season.

The story of Jamie Fraser (played by Sam Heughan) and his time-travelling wife Claire (Caitriona Balfe) will soon continue after the latest turmoil on Fraser’s Ridge. With the cast of Outlander currently filming in Scotland, lead actor Sam has assured his fans the hit fantasy drama based upon the books by Diana Gabaldon is well on its way back to Starz in an exciting new update on Twitter.

Sam took to his personal social media page to confirm the seventh season of Outlander is now halfway through filming.

Fans of the hit drama were thrilled to learn the next instalment was making such good progress.

The sixth season’s production was both delayed and shortened due to Covid, resulting in a season consisting of just eight episodes which aired earlier this year.

Thankfully, the leading man has confirmed the first eight episodes of the next outing are in the can, with eight more still to go.

“End of another block of shooting!” Sam wrote on his Twitter page.

“Halfway through the season. Some really special moments and epic scenes.”

He then promised his 764k followers: “Season seven will be [worth] the wait.”

Outlander’s seventh season began its production back in May, so fans were thrilled to know filming is already halfway through its schedule.

New episodes are expected to air in early 2023, a relief for viewers who had to endure a near-two-year wait between seasons five and six, known by fans as ‘Droughtlander’.

Sam’s followers were rendered ecstatic by the latest updates and took to the comments in eager anticipation of the Starz phenomenon’s return.

@Tashide69209812 replied: “Can you hear it Sam? We’re all starting to shout Outlander, Outlander Outlanderrrrrrrrr. We will wait with love.”

@fra_shiny commented: “Thanks for the update: it’s comforting to know there’ll be special and epic scenes: you can’t do anything different!”

“#Droughlander is quite hard to manage and with your message the pain fades. Woohoo.”

“No doubt it will be an amazing season seven, full of drama, action, tears, heartbreak and the amazing love between Jamie/Claire!” Paula Hegler wrote.

“We owe you and Caitriona so much for your outstanding acting and bringing Jamie/Claire to life!”

She then pleaded with Sam: “Can we please find out if there will be a season eight? Waiting is torture.”

@Butterfly678902 said: “I am new to the Outlander obsession. My husband (with Jacobite ancestors per older relative stories) and I have binge-watched and caught up.”

“I’m reading the books and we are planning a vacation. How did we not know about this incredible series for so long?!?! We are 100 percent hooked!”

@TinyTunney exclaimed: “Wow, halfway through already?? So incredibly excited to see the end results of all that hard work!! If last season is anything to go by, season seven is sure to blow us away.”

@smashingteacups agreed, adding: “If the phenomenal quality of season six was any indication, I’m absolutely certain you’re right and season seven will be worth the wait. (sic)

Starz is still yet to confirm if an eighth season is on the cards but, as Diana’s series of novels is set to end with her 10th book, it’s hoped the small screen adaptation will follow suit.

Outlander seasons 1-6 are available on Starz in the USA and StarzPlay via Amazon Prime Video in the UK.