The Boys season 4 everything you need to know 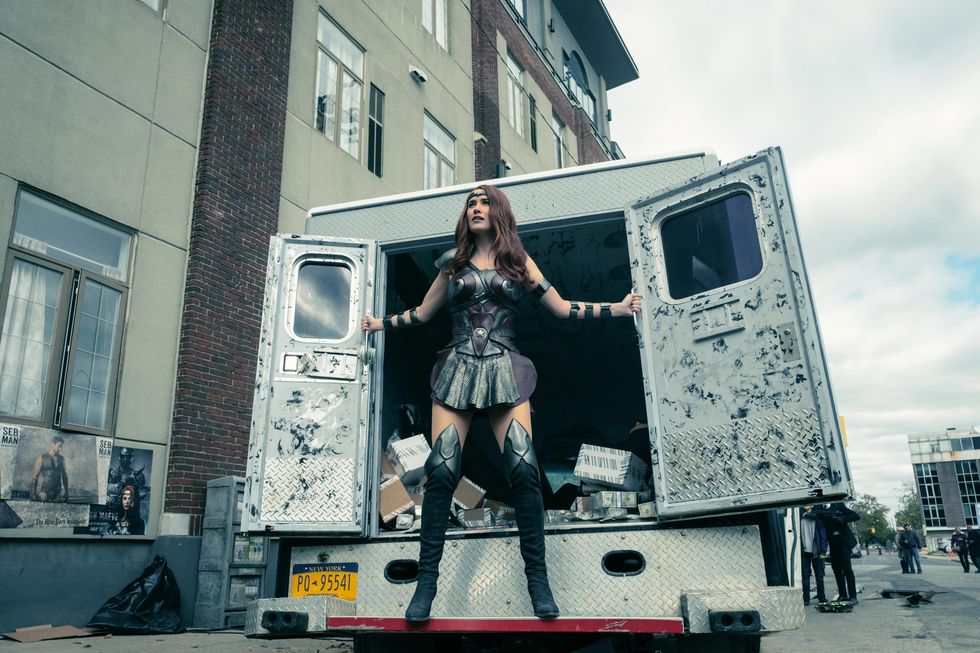 If ever there was a sign that fans were intoxicated by The Boys’ lewd, crude, shock and awe factor, it was the season four renewal which came just one week after the show’s season three premiere.

That just so happened to be the episode that featured the dick that went kaboom. This probably wasn’t the only contributing factor to the The Boys’ increased viewership, but no doubt it helped. What followed the season three debut was – simply put – diabolical.

The Boys’ season three finale left too many questions unanswered, and we’re just chomping at the bit to have them resolved. So when is the next season coming back, and which characters have made it to the fourth round?

Here’s everything we know about The Boys season four.

The Boys season 4 potential release date: When’s it on?

Season three of The Boys came to an end on July 8 – and though news of a fourth season was already in the bag, updates on a likely release date have been pretty scarce.

Karl Urban was quick to tell fans back in June that filming of the next season would begin shortly, saying: “I think August 22, we’re going to be starting season four. So I’m getting back, getting my Butcher back on, and I can’t wait.

“It’s a fun gang to play with. We work hard and play hard, and I can’t wait to see where they take the characters from where we leave them at the end of this season.”

As it turns out, Urban’s intel was extremely reliable – down even to the date. Because on August 22, showrunner Eric Kripke took to Instagram and posted a picture of what appears to be the season four premiere script, titled ‘Department of Dirty Tricks’. The accompanying caption read, “Day One.”

His post was quickly followed by Hughie’s Jack Quaid, who announced work had begun on season four with a throwback photo, writing: “This photo is from the first day The Boys were all on set as a team during season one.

“I feel so lucky and grateful that I get to start this journey all over again with my family. Let’s do this!!!! #TheBoys #Season4.”

The sweet sentiment was, of course, topped with some sweary gestures.

🖕🏻Today we start work on season 4. This photo is from the first day The Boys were all on set as a team during season 1. I feel so lucky and grateful that I get to start this journey all over again with my @TheBoysTV family. Let’s do this!!!! #TheBoys #Season4
📟🥖🔪💪🏼🍼 pic.twitter.com/ma8EB2wZ2u

The previous three seasons of The Boys have dropped between June and September, and we predict the same for season four. An early filming schedule offers hope it will be back at the earlier end of that timeframe in summer, as opposed to early autumn.

The Boys season 4 cast: Who will be coming back?

While so many characters teetering close to the edge of death in The Boys’ season three finale, only one was pushed to an early grave. We’re sadly referring to Black Noir (Nathan Mitchell), who won’t be returning for another season on account of his guts being ripped out by Homelander (Antony Starr).

Though Dominique McElligott’s Queen Maeve didn’t meet an untimely end, it’s uncertain whether or not McElligott will be reprising the role. Her character arc seems to have come to a close (more on that below), but we very much hope to see her on the call sheet.

The cast members we do expect to appear in The Boys season 4 are as follows:

We also predict a Soldier Boy return, which will mean more Jensen Ackles, and that can’t be a bad thing.

The Boys showrunner Eric Kripke has also basically confirmed this by sharing that he’s “100%” up for a Soldier Boy return.

“The old TV adage is like, never kill anyone unless you really, really have to. Never close a door, open a window,” he said. We’ll all have to wait and see, but I can’t imagine the series ending without Soldier Boy making another appearance.”

Jensen Ackles also said he’s keen for a Soldier Boy comeback as well, adding: “I know Kripke is very smart about how he sends his characters off because he can always bring them back. So I know there are plans in talks, but I don’t know exactly what those are.

“But I told Krip, ‘Look, man, put me in anytime. You tell me when to come running, I’ll come running.'”

The news was announced over social media by the official The Boys’ Twitter page in a post which read: “Chuffed to welcome @JDMorgan to The Boys S4. Can’t confirm if he’s gettin’ any tights, though.”

Chuffed to welcome @JDMorgan to The Boys S4. Can’t confirm if he’s gettin’ any tights, though. pic.twitter.com/ApDpQgo0QC

So if not a supe, who will he be? Oh the fun we’ll have guessing! For now, news of his involvement was met with pure enthusiasm from his fellow cast mates.

The Boys season 4 plot: What will happen?

Your guess is as good as Karl Urban’s, who revealed he had no idea what the fate of the characters were while season three was still on air.

“I have no idea. So that’ll tell you something, but yeah, not too far away,” he said in early July. “I mean, I expect that we’ll… I’m actually going to be seeing Kripke… and I expect conversations will start to happen about what he’s got in store.

“I like to give them the respect of being able to do their writing process and not be harassed by actors going: ‘What are we doing?’ But I can’t wait. They always come up with insane stuff, so yeah, it’s going to be fun.”

Well, not to go adding the pressure, but we need to know!

When we last saw Butcher, he was handed a death sentence. His abuse of the temporary V drug had fatal repercussions for the tough-as-nails Supe slayer. This could mark the end of the road for him, unless Kripke has an ace in his back pocket.

The fate of Queen Maeve was also unclear. During her fight with Soldier Boy, he hungry-caterpillared her powers, gobbling them up until she was merely mortal.

Maeve seemed pleased with the outcome and used her defeat as an excuse to fake her own death so that she could live in peace with girlfriend Elena (Nicola Correia-Damude). However, we can’t help but root for a Maeve return.

Speaking of Soldier Boy, he may have been put on ice, but we don’t imagine that’s a permanent state. When he defrosts he’ll have some scores to settle – and if there’s not a father and son showdown in the near future, we’re writing a strongly-worded letter that will begin: ‘Dear Eric Kripke, explain yourself.’

Vought and The Seven spun out of control after Homelander’s takeover. The Deep and A-Train were hardly the strongest members of the gang, and yet it is they who remain. Season four of The Boys will have to explore the restoration of the company one way or another. We wouldn’t be surprised if Ryan’s indoctrination began early.

If that’s not enough meat for the bone, we can’t forget about the head-popper Victoria Neuman (Claudia Doumit), whose ultimate game plan has yet to be revealed – but we have a feeling we’re getting closer.

And beyond all that, creator Eric Kripke has now confirmed that future episodes of The Boys will also cross over with his spinoff show, The Boys Presents: Varsity.

“There’s definitely crossover,” Kripke told Deadline. “And we’re doing our best to design a universe that sees some of the issues and storylines in season three hand off to the first season of Varsity.

“There’s a presidential campaign happening in the background of that season and there’s certain things that are happening at that school that are both in reaction to season three of The Boys.

“There’s Soldier Boy, etcetera, but also some new storylines that are happening in that season of the spin-off that we have to pick up and take into season 4 of the show.”

When we asked Frenchie actor Tomer Capone about what lies in store, he couldn’t share much for one very specific reason:

“Do you know what? I’ve got to be honest. I’m anxious and I’m excited and thrilled just like you or the fans that are saying to themselves, ‘What’s next?’

“Listen, man, for me, getting the script is like the Christmas present that I never get to have. Because I don’t celebrate Christmas. I’m Jewish. It’s like wrapping a gift up. I don’t even want to ruin what Santa Claus has in store for season four for Frenchie.”

The Boys season 4 trailer: When can I watch it?

The age-old question. Considering filming hasn’t even started yet, we’re in for quite a bit of a wait – but keep checking. We’ll update you as soon as there’s news.

The Boys seasons 1-3 are available to watch in full on Amazon Prime Video.