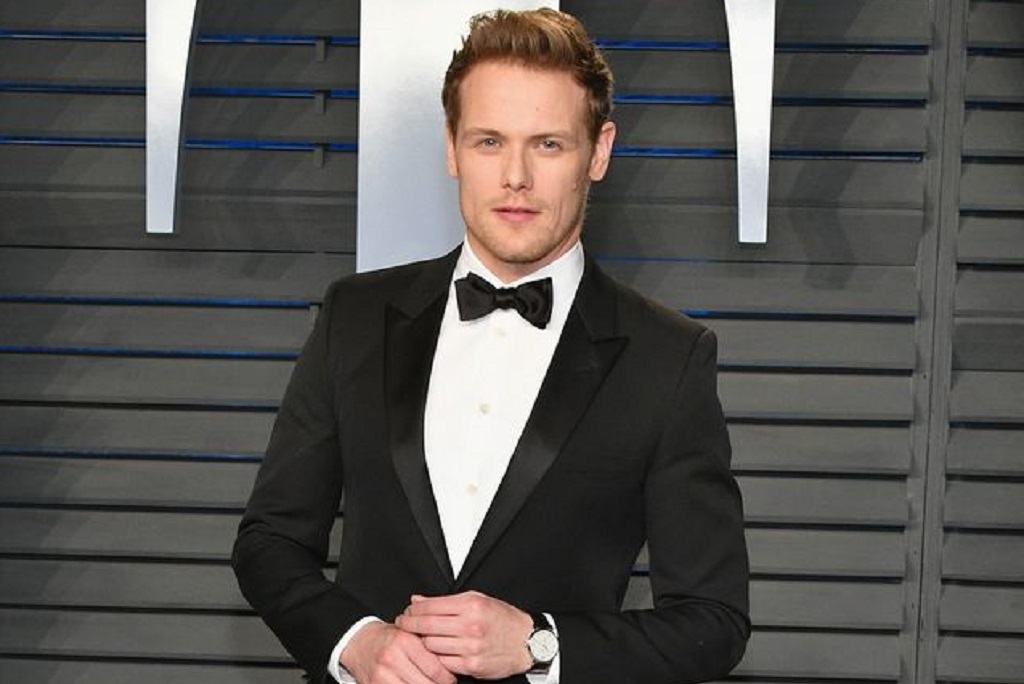 Outlander star Sam Heughan has played the role of Jamie Fraser on the Starz time-traveling drama for five seasons. Even though the character has made him world-famous, Heughan has been able to keep his private life on the down-low.

Recently, the 40-year-old Scot started posting videos on social media to promote his various projects. This has given fans their first glimpse inside of Heughan’s real-life home.

The ‘Outlander’ star has lived in the UK his whole life
Heughan was born in Balmaclellan and grew up on a working farm in New Galloway, Dumfriesshire. He actually had quite a unique childhood, as his parents were part of a hippie community called Gandalf’s Garden.

As the name implies, they were heavily influenced by the works of J.R.R. Tolkien. Sam and his brother Cirdan are actually named after characters from Lord of the Rings.

The Outlander star moved to Edinburgh in his early teens and eventually enrolled at the Royal Scottish Academy of Music. Heughan has also lived in London, but is now settled down back in Scotland.

“Now I live in a region near Glasgow,” Heughan told Men’s Journal. “The country is beautiful year-round, but the autumn is an especially nice time to be in Scotland.”

Sam Heughan is making videos from home
As the cast and crew of Outlander continue to film season 6, Heughan has been using some of his down time to post videos on Instagram.

In the clips, Heughan sits in front of a bookcase that appears to be part of his personal residence. These rare glimpses into Heughan’s home have delighted fans.

Depending on the camera angle that Heughan uses, viewers can see a variety of items behind him on the shelves. The actor has tons of books and tchotchkes, including quite the collection of POP! figures.

The wooden bookcase sits next to a dark blue wall that features a sconce with a cream shade.

The Irish-born actor has shown fans glimpses of her vintage bathroom with turquoise tile and an old-fashioned sink.

In Balfe’s living room, fans have noticed the soft and cozy textures like a plaid sofa, a fluffy rug, and a comfy armchair. She’s also shown off the amazing view from her pool.

Are Caitriona Balfe and Sam Heughan good friends in real life?
Due to the grueling Outlander production schedule, Heughan and Balfe don’t get to spend a lot of time in their respective homes. Ten months out of the year, the duo are playing lovers Jamie and Claire.

When they’re not the on-screen husband and wife, Heughan and Balfe have “an incredible” friendship off screen.

“Sam’s just so kind. He’s a really good friend. He always checks in. I don’t know, he has one of the biggest hearts and smallest egos that I know. I feel very lucky. Sam and I have an amazing bond, we’re really great friends.” Balfe told Popsugar.

Heughan added, “She’s extremely talented and an extremely nice person, and we have a lot of fun.”

Have the ‘Outlander’ stars ever been an item?
Even though they are close friends in real life, Heughan and Balfe have never been a couple. Balfe is married to music producer Tony McGill. Meanwhile, Heughan is still single and looking for love.

“The love that Jamie has for Claire — it would be amazing to find something like that myself. Certainly, relationships are hard when you’re working in Scotland 10 months a year,” Heughan said.

“I travel a lot and any downtime I have, I’m trying to do other projects, so very much, my career comes first. Maybe I will find someone eventually.”