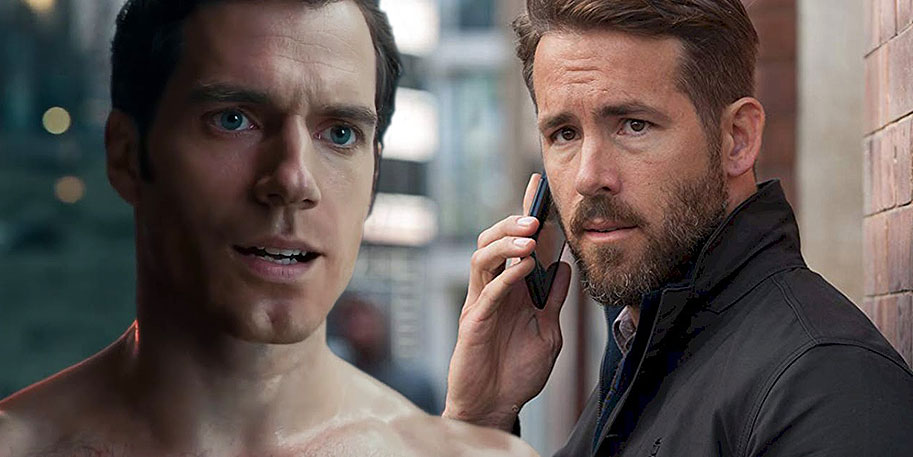 Ryan Reynolds might just own all of the comic book space and all of the action space when it’s all said and done. This guy is involved with so many projects these days that it’s getting tough to even keep track of them all.

With new blockbuster movies on the way and some already in the can, he’s just taking over the industry. And he wants others along for the ride with him. Insider Daniel Richtman has it that Reynolds is trying to get Henry Cavill on board for the 6 Underground sequel. Deadpool and Superman in the same movie? I’m here for it.

While we are still very much in the rumor stage on this film, it would make sense for Ryan Reynolds to want to bring along another A-list talent for the follow-up story. And Henry Cavill has had his name in the mix for a whole host of projects of late. The two are at an interesting crossroads of sorts with their respective tent pole characters. Reynolds is about to get started on his first Deadpool movie under the Marvel/ Disney umbrella which could end up altering the course of that franchise. Meanwhile, Cavill still has major question marks around what will happen with him playing Superman in the DC Extended Universe. His time in that role may have come to an end.

But the two teaming up for a 6 Underground sequel would definitely bring even more firepower to a film that already had plenty of it the first time around. The Michael Bay-led film had all the hallmarks of the director’s m.o. in the massive explosions, frenetic pacing, lack of story, and off-the-cuff one-liners meant to take the place of actual dialogue. It was a fun watch, suited perfectly for what Ryan Reynolds brings to the screen, and ended up being a hit for Netflix. The streaming service reported that it was seen by more than 80 million households in its first month after release. In this day and age, that’s considered a blockbuster film.

How Henry Cavill would fit into a movie like this alongside Ryan Reynolds would remain to be seen. The former has shown plenty of range over the years, especially in the action-adventure genre with a number of different films displaying his ability to get into character no matter the style of film. Of course, he’s fresh off playing Superman for DC, but he’s also leading Netflix’s The Witcher which just wrapped filming on its second season. And in terms of working with that streaming service on successful films, he also had a role in Enola Holmes which could be heading down the franchise path. He’d bring a more serious tone to a film with Reynolds, but it could definitely work.

Time will tell if Ryan Reynolds is able to convince Henry Cavill to take part in a 6 Underground sequel. There’s still a lot that needs to happen to get it off the ground, though based on the success of the first film, we will almost assuredly see a follow-up. Some of the key players are already getting lined up for it now. Let’s see if Reynolds can bring another star into the mix.

My name is Damyan Ivanov and i was born in 1998 in Varna, Bulgaria. Graduated high school in 2016 and since then i'm working on wordpress news websites.
Henry Cavill, Movies, News, Ryan Reynolds