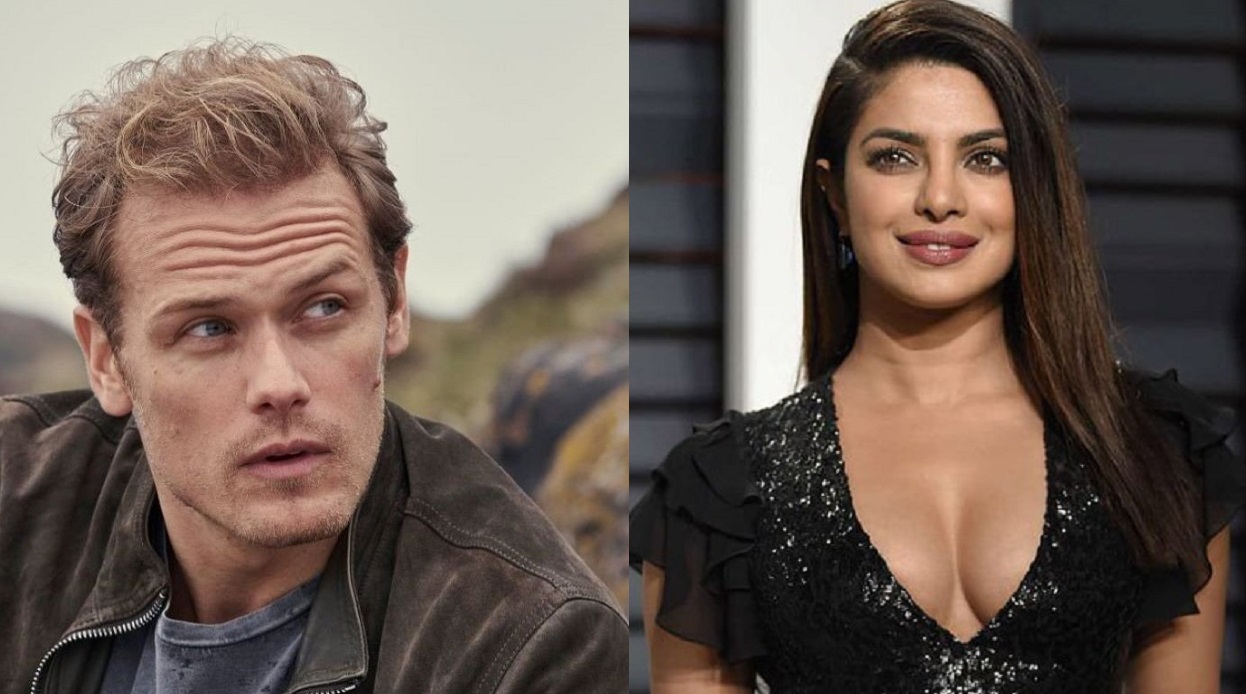 Priyanka Chopra Jonas has several international projects in her kitty including ‘Text For You’. Directed by Jim Strouse, the film is the Hollywood remake of a 2016 German film titled ‘SMS für Dich’. In the film, Priyanka is co-starring Sam Heughan, Celine Dion, Russell Tovey, Steve Oram, Omid Djalili, Sofia Barclay, Lydia West, Arinzé Kene and Celia Imrie. Now, during an ET Canada, Sam was all praises for Priyanka after working with her.

The Scottish actor stated, “I’m such an awe of her! She’s so beautiful, so wonderful… such a good human being.”

According to the premise of ‘Text For You’, Priyanka’s character is a heartbroken woman who has just lost her fiancé. In her attempt to send constant messages to her fiancé’s old number, she will connect with a man across town suffering from a similar heartbreak played by Sam.

Reports have it, PeeCee’s husband and singer Nick Jonas has a cameo in the film.

Meanwhile, talking about Sam, he is known for his role Jamie Fraser in the popular series ‘Outlander’.

Apart from ‘Text For You’, Priyanka also has the fourth instalment of ‘Matrix’ and she has been shooting for the Amazon Prime Video show ‘Citadel’ with Richard Madden. The actor is also co-producing a project with Mindy Kaling based on a big fat Indian wedding.

Priyanka’s international project until now includes ‘Quantico’, ‘Baywatch’, ‘A Kid Like Jake’, ‘Isn’t It Romantic’, ‘We Can Be Heroes’ and ‘The White Tiger’ for which she was also the executive producer.