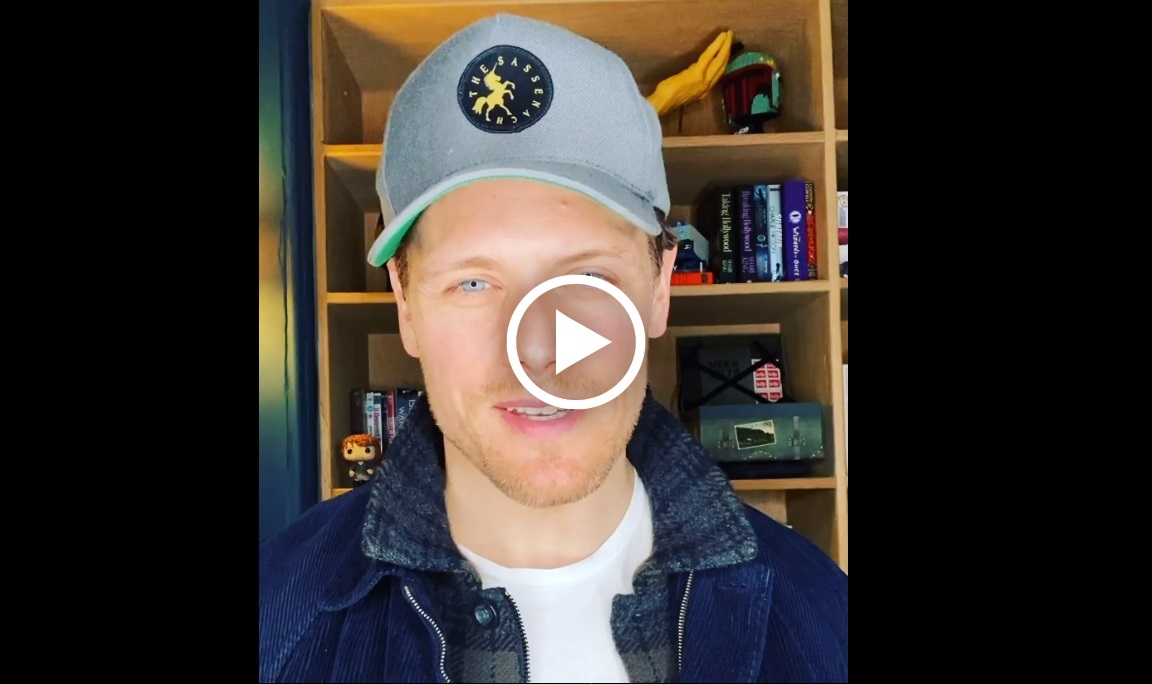 Fandoms can be very passionate about the things they love, and in recent months we’ve seen everything from Marvel fan theories running wild about WandaVision to Michael Strahan fans contacting his dentist after his tooth gap rick-roll. Fans of Outlander are plenty passionate themselves, and the Droughtlander hiatus is very much alive and real as we eagerly await the sixth season. Which is why it is kinda comical that Outlander star Sam Heughan chose now to troll fans of the hit Starz show.

Sam Heughan teased Outlander fans on his Instagram account about their “favourite” show premiering on Starz Play in the U.K. as early as May 9. He alluded to a couple, being “bonded together through time and standing stones,” battles, and Scotland. If you weren’t looking too much at the fine print of the post’s caption, one could easily be hyped into thinking that Heughan is obviously talking about Outlander. But nope, Heughan was just trolling the fans and really referring to his other show, Men In Kilts: A Road Trip with Sam and Graham. Check out his post here:

Outlander fans took the troll on the chin, though, and weren’t too mad at the Scottish actor, who plays the beloved heartthrob Jamie Fraser. In fact, many fans actually seemed excited for any opportunity to see Sam Heughan’s baby blue eyes – even if it was in a 30 second Instagram video and even if he was just talking about his documentary series about Scottish culture that only marginally refers to the show of Outlander.

Men In Kilts, though it is not as widely popular as Outlander, still got plenty of acclaim after its release. Most critics appreciated the witty banter between Sam Heughan and co-star Graham McTavish, as well as the intriguing tidbits one learned about Scotland along the way. I, for one, had no clue that Scottish sword dancing was invented to keep their soldiers fit.

But fans are really itching for more Outlander, and Sam Heughan’s light-hearted trolling of fans proves that he knows it. A few months ago, Heughan teased that the future of Season 6 could take inspiration from any of Diana Gabaldon’s books, not just A Breath of Snow and Ashes, and could even show a side previously unseen of Jamie Fraser (does that mean a bad side…?). The hype for the future of the show only gets amped up further from those kind of bombshells, especially if you’re like me and haven’t read all of the books yet.

For those who have read them all, the recent photos from the current filming taking place for Season 6 were surely just another delightful tease of what’s to come on Outlander. In them, we were introduced to several new characters on the show apparently straight from the books and even a sneak peek at Jamie and Claire together in (what looks like) relative ease after a crazy chain of events in Season 5.

For now, let’s hope that Starz and Sam Heughan have mercy on fans. Season 6 is in production, but the only news I want to hear next is Outlander’s official premiere date.