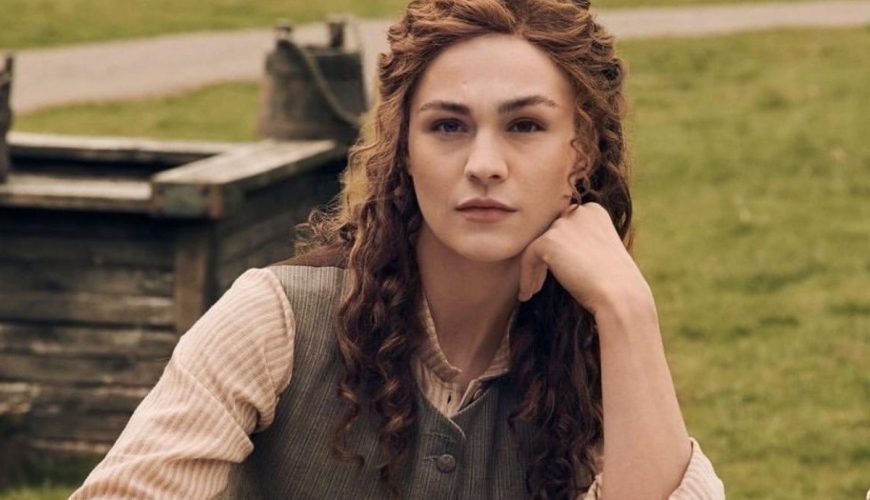 It’s been nearly two years since Outlander wrapped up Season 5 on Starz, and now that this extremely extended Droughtlander is almost over, we’re really starting to hear more and more about what’s in store for the Fraser clan and their friends. Obviously, there will be a lot of struggles ahead for everyone up on Fraser’s Ridge, but a major question involves how Claire will handle recovering in the aftermath of that brutal attack in the finale. Now, star Sophie Skelton has opened up about how Brianna will help “care” for Claire in Season 6.

Those who’ve been watching Outlander for some time will know that Brianna and her mom, Claire, have certainly had some ups and downs when it comes to their mother / daughter relationship over the years. While they’ve been on solid ground for quite a while now, Sophie Skelton recently revealed in a video posted to the Starz YouTube page, that Brianna is really going to be looking out for Claire in Outlander Season 6, and said:

Season 6 really does pick up for Brianna personally in a way of, very much, keeping a close eye on her mother, but not in a way where she feels sort of suffocated by Brianna’s care. Brianna has huge empathy for what Claire’s going through, and she can recognize little signs that maybe other people can’t.

What happened to Claire in the Outlander Season 5 ending was a major, horrifying ordeal for the doctor, so it’s unlikely that everyone on the Ridge doesn’t at least know that she was kidnapped by Lionel Brown and his men. While many probably assume that she was seriously abused while with them, we know that her close family knows exactly what went down. And, unfortunately, Brianna is very aware of the types of feelings that Claire will be dealing with once the new season takes off.

Shortly after Brianna arrived in the 1700s in Season 4, she encountered Stephen Bonnet, who promptly raped her. The aftermath of that devastating event reverberated through Season 5, when it was finally (basically) confirmed that her son, Jemmy, has such a strong time traveler gene that he must be Roger’s child.

Recovering from Bonnet’s attack was very difficult for Brianna, and relatively recent (compared with the other characters who’ve suffered the same type of brutalization), so, as Skelton noted, she’ll still be very aware of the “little signs” that the usually incredibly strong Claire is not handling things well.

And, we have already heard that the upcoming episodes will be really hard on Claire. Star Caitríona Balfe said that her character will put “on a very brave face,” but will then show her trauma in some unusual ways and start to “unravel.” Hopefully, Brianna will be by her side before too long after she notices what’s going on, and will truly be able to help Claire in a way that doesn’t have her mom feeling “suffocated.”

Sophie Skelton and the rest of the Outlander cast will return for Season 6 on March 6, but for more to watch in the coming weeks, check out the 2022 TV premiere dates and see what other upcoming romantic TV shows are coming along soon.

My name is Damyan Ivanov and i was born in 1998 in Varna, Bulgaria. Graduated high school in 2016 and since then i'm working on wordpress news websites.
News, outlander, Outlander 6, outlander season 6, Sophie Skelton, TV Series