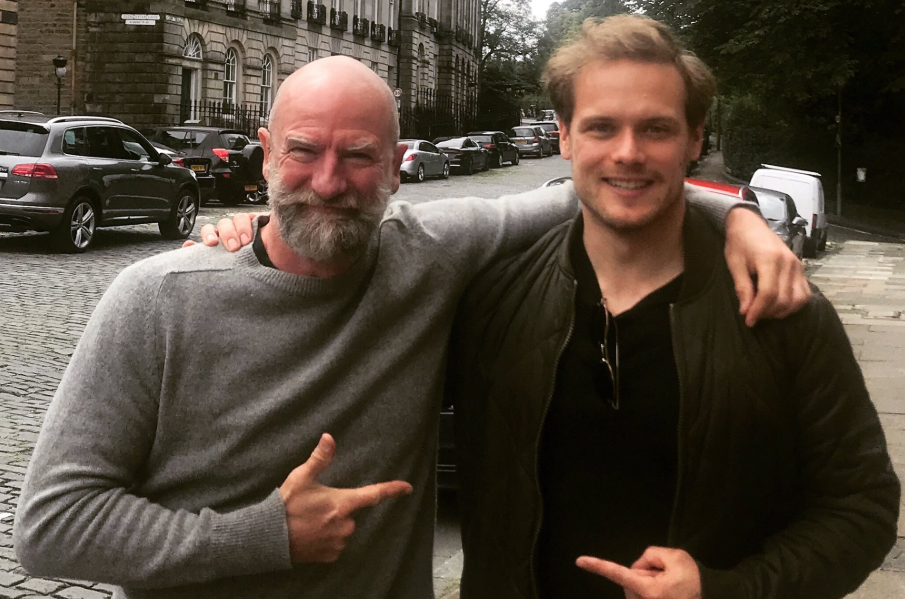 Outlander stars Sam Heughan and Graham McTavish have revealed that they are living together, joking that it is “the start of a beautiful relationship”.

The pair, who quipped that they had been drinking wine, laughed about living with one another, with Sam saying: “We do live together now, don’t we?” Graham replied: “We actually do. It’s very beautiful and we’re not ashamed to talk about it now.”

They also announced some very exciting news via Instagram Live, revealing that they will be launching a The Clanlands Almanac as well as an audiobook based on their first book, Clanlands. Graham joked: “We are going to be trapped in some kind of sweaty box together for many many many hours.”

The video’s caption gave more details about the upcoming book, which read: “The Clanlands Almanac is available for preorder! November 9 our wee book of Scotland is released. A twelve-month odyssey through Scotland, celebrating its culture, land, people and personalities (some of which might reveal our own embarrassing habits!) We hope you enjoy!”

The two friends also teased that they will be doing several live signings of their new book, sparking much excitement amongst fans. Joking about the video, one person wrote: “Love the banter between these two!” Another added: “Sam you are killing us with your sense of humour and wonderful personality. I already pre-ordered. Give us more live videos they are gorgeous.” A third wrote: “Love seeing you two fun guys! The almanac sounds great, too!”

Sam and Graham met almost a decade ago on the set of season one of Outlander and since then their friendship has gone from strength to strength and they have joined forces for a number of projects, including their TV show, Men in Kilts.

They began working on Men in Kilts back in 2020 and it has been a big hit with viewers. The show sees the pair journey across many different areas of their homeland, learning all about its “rich, complex heritage, meeting various local artisans and experts, and experiencing genuine moments of awe and fascination”.

My name is Damyan Ivanov and i was born in 1998 in Varna, Bulgaria. Graduated high school in 2016 and since then i'm working on wordpress news websites.
Graham McTavish, outlander, Sam Heughan