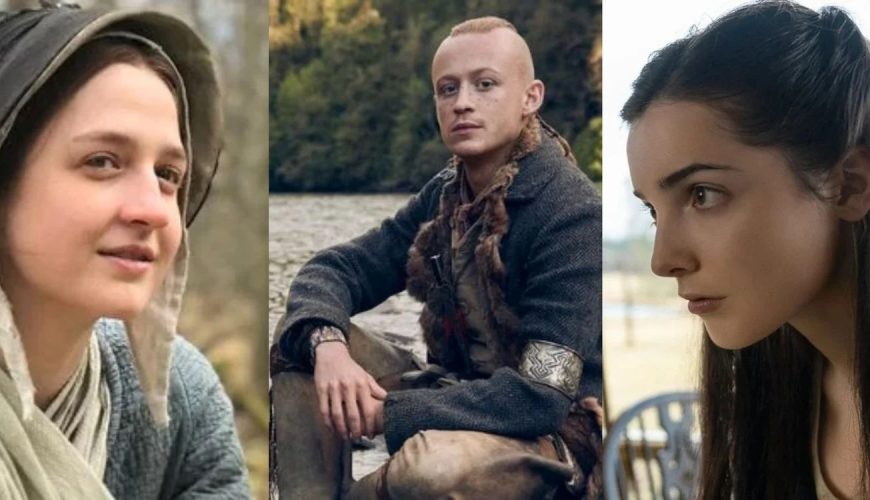 After a very short eight-episode season 6 of Outlander due to the pandemic, fans are back into what they refer to as “Droughtlander.” It feels like a throwback to when Jamie was stuck in a window for eight months during the outlandishly long mid-season break in the first season. But, despite the shorter-than-average new season, they manage to pack a lot in. While the story still revolves around Jamie (Sam Heughan) and Claire (Caitriona Balfe) building a life in Colonial America, the focus shifts to the development of supporting characters, and how their lives affect the Frasers.

It’s this season that we finally find out Young Ian’s (John Bell) story of love and loss that has obviously been weighing on him since he returned to Fraser’s Ridge after living amongst the Mohawk. And with the arrival of the Christie family, some old animosities that date back to Jamie’s time in prison after Culloden are brought to the surface, which ultimately ends in tragedy. With so many intriguing storylines introduced, season 7, which has just finished filming, promises to pack a punch.

Lizzie Wemyss
Lizzie (Caitlin O’Ryan) joins the show in season 4, traveling from Scotland to America as Brianna’s (Sophie Skelton) companion. What fans don’t realize until now is that there is more to Lizzie’s character than what they’ve seen, and in season 6, Lizzie’s story arc takes an interesting turn. She tells Jamie and Claire that she is pregnant with the child of one of the Beardsley twins (Paul Gorman), Josiah or Keziah, but she’s not sure which. Jamie insists that she choose one and be handfast immediately to avoid scandal. After refusing to choose, Jamie handfasts Lizzie and Kezzie, and tells Josiah to leave the Ridge until after the baby is born. Lizzie pleads with Jamie not to banish Jo, and admits that she is in love with both, but Jamie refuses. That night, Lizzie, Jo, and Kezzie go to Roger and ask that he handfast Lizzie and Jo, and Roger and Brianna happily agree, not knowing about the earlier ceremony. Jamie is furious when he finds out that both ceremonies are valid, of course, but Lizzie and the twins are thrilled.

While it’s obvious that the three have become close friends, little romance is present in their storyline until Lizzie is forced to reveal it due to her pregnancy. Even now, polygamy isn’t widely accepted, so it adds an element of surprise to the series that fans may not have been expecting, and are interested to see how the Frasers deal with this unconventional situation.

Malva Christie
Malva (Jessica Reynolds) is definitely a fan favourite this season. And, despite her tragic end, her story is one that really shines. She is Tom Christie’s daughter, and becomes Claire’s assistant in the surgery without her father’s knowledge, since he would be furious. Thirsty for knowledge, she learns all she can from Claire. When she becomes pregnant, she names Jamie as the father, causing further complications between Jamie and Tom, and is eventually murdered. Claire finds Malva’s body and tries to save the baby by performing a cesarean section, but is too late. Of course, this procedure is unheard of in the 18th century, further solidifying Tom’s idea that Claire is a witch, leading him to believe she is responsible for his daughter’s murder.

From the beginning of the season, fans have been keeping an eye on Malva. Her creepy, calculating looks show she’s up to something, producing a slow burn throughout the season. Malva’s life is less than ideal before her death. Her father whips her with a strap regularly, and her brother is hiding a very dark secret that will only add to her already tragic story in season 7, and help fans understand why Malva did what she did.

Young Ian
This season, Ian finally reveals why he left the Mohawk. After falling in love with and marrying a Mohawk woman he calls Emily (Morgan Holmstrom), the couple are devastated by several miscarriages. Because Emily is unable to carry a child to term, the Mohawk believe that Ian’s Mohawk spirit isn’t strong enough for a healthy child to be conceived, and send him back to his kin. During a visit to the Cherokee tribe near Fraser’s Ridge, Ian crosses paths with some of his former Mohawk family, including his former best friend and Mohawk brother, Kaheroton (Braedon Clarke), who marries Emily when Ian leaves the tribe. Ian finds out that Kaheroton and Emily have recently welcomed a healthy son, bringing memories and animosity flooding back.

Ian’s character has been developing in the background since his arrival in the series. When he returns to the Ridge in season 5, he offers little explanation why, but it’s obvious he’s changed. Season 6 shows Ian struggling with his identity, unsure of who he is after living amongst the Mohawk. Jamie helps him realize he can embrace both, and gets the closure he needs

Wahionhaweh (Emily)
Wahionhaweh is Ian’s Mohawk wife who he falls in love with when he first comes to live with the Mohawk. She teaches him how to speak their language, and about their beliefs and way of life. Because Ian can’t pronounce her Mohawk name at first, he calls her Emily. He’s completely devoted to her, and when she becomes pregnant, the couple are thrilled. Unfortunately, Wahionhaweh is unable to carry any of their children to term, leaving the tribe to believe their union is not meant to be, and send Ian back to the Ridge. Wahionhaweh ends up choosing Ian’s Mohawk brother and best friend, Kaheroton, instead, and Ian is forced to leave the village. He later finds out that the couple has welcomed a healthy son.

When Ian finally tells his story of why he returned from the Mohawk, fans are instantly enamoured with Wahionhaweh. It’s obvious she cares deeply for Ian. Until now, there has been little in the way of romance in Ian’s storyline, so seeing someone make him as happy as Wahionhaweh is something the fans love, even if their story is bittersweet.

Tom Christie
At the beginning of season 6, Tom Christie (Mark Lewis Jones) and his two older children arrive at the Ridge hoping to settle on Fraser land. It’s obvious from the beginning that there is tension between Tom and Jamie, and fans are told the story through a series of flashbacks to Jamie’s time in prison after Culloden, where the two regularly butt heads. A devout Protestant, Tom considers Claire a witch because of her medical knowledge. When Claire finds his pregnant daughter Malva’s body near the Fraser’s house, Tom is convinced that Claire murdered her after Malva names Jamie as the father, and demands justice.

The tension between the Christies and the Frasers has been mounting all season, and Tom Christie definitely seemed to be playing the villain. However, instead of having Claire killed for Malva’s murder in the season finale, he insists that she receive a fair trial, and ensures Claire’s safety on their way to find a judge. As fans of the books already know, Malva’s murder isn’t the end of this tragedy for Tom, and things will get much more difficult for him in season 7.

Chief Bird (Glen Gould) of the Cherokee tribe does not appear in many episodes in season 6, but when he does, there is always a much bigger story at play in the background: the future. With the Revolutionary War upon them, Chief Bird is called upon to fight with the King’s men, and he agrees. However, with Brianna’s knowledge of the future, and what would eventually become known as the Trail of Tears, Jamie is able to warn him what is to come, and urges him to save his people when the time comes.

Although Chief Bird isn’t given a lot of screen time this season, his storyline is solid. He has a strong personality that commands the viewer’s attention when he’s on-screen. When he saves Jamie’s life in the season six finale and says, “I told you I would fight with you, Bear Killer,” fans are thrilled to know this won’t be the last they see of him.