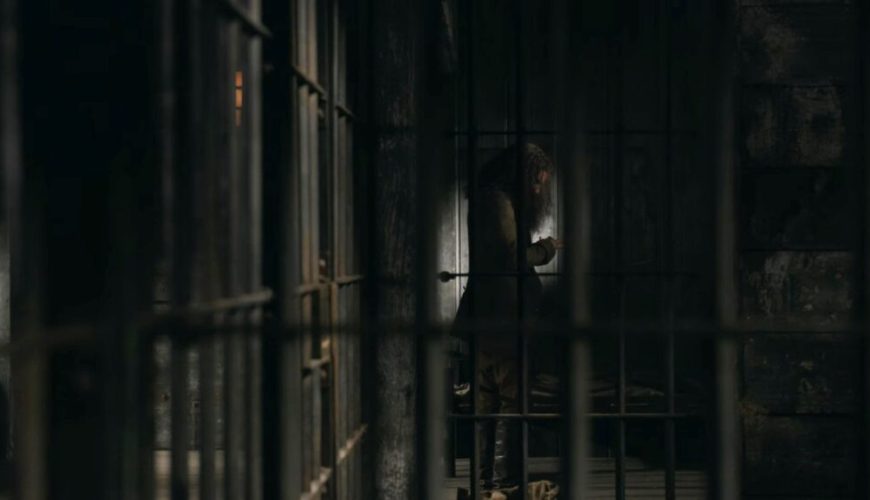 The below contains MAJOR spoilers for Season 6, Episode 5 of Outlander, “Give Me Liberty.

In Outlander‘s latest Season 6 installment, “Give Me Liberty,” a surprise time traveler is introduced in Wilmington during Claire (Caitriona Balfe) and Jamie’s (Sam Heughan) visit to the North Carolina town.

But the reality of this time traveler isn’t as clear as Claire’s path of leading a life in 18th-century America because we never see their face. The individual is first mentioned while the Frasers attend a party for political figure Flora MacDonald (Shauna Macdonald) who claims that a thief tried stealing her necklace, but despite having recovered the piece of jewelry, it was missing one of its gemstones.

Anyone that knows anything about time travel on Outlander understands that gemstones are required to jump through time. The mention of a missing gemstone certainly would interest viewers, but might seem inconsequential to the characters living in the moment. 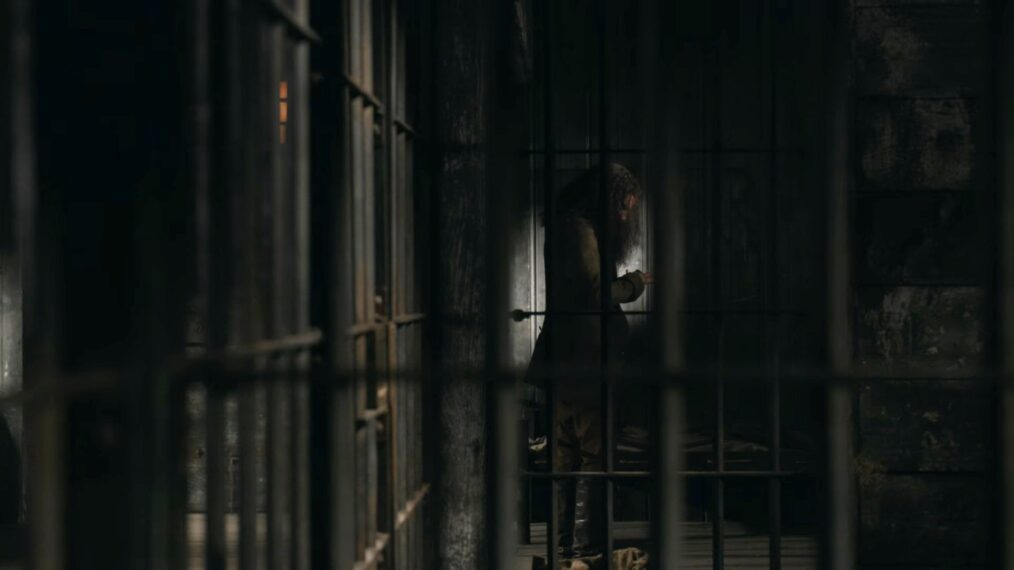 Yet, as Claire and Jamie get ready to leave Wilmington after their stay, she is transported back to the future when she hears a familiar tune. The “Colonel Bogey March” is a song created in the 20th century, just under 200 years from the point in time that Claire is living in with her family, and so it’s clear that there’s a traveler near.

When the camera shifts positions, we see the thief standing in a jail cell, long curly hair dangling in front of their face, shrouding their identity. As they hold up a gemstone, their intention is clear, this person wants to leave 1770s North Carolina.

So, who could that be? There’s one individual that fits that description and it would mean they had to survive Jamie’s massacre on the Browns in Season 5 — Wendigo Donner (Brennan Martin). He was among Lionel Brown’s (Ned Dennehy) band of men who tortured Claire in the Season 5 finale. 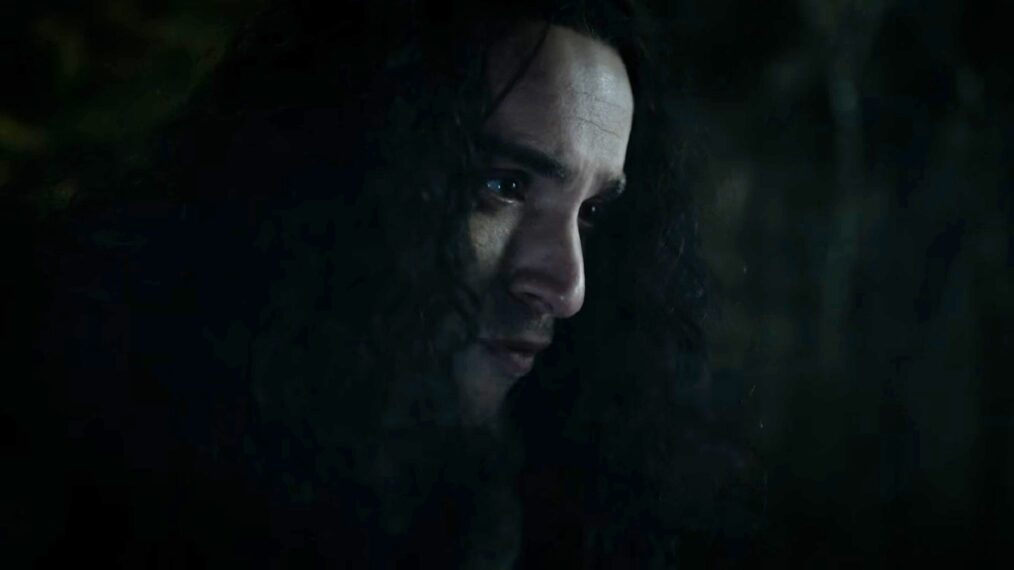 Wendigo didn’t take part in the brutalization of Claire, but he was a bystander in her trauma. He introduces himself to her in the episode and asks if she knows the name Ringo Starr, of course, she does, and the pair identify themselves as time travelers.

He explains to Claire that he traveled back in time from 1968 with a group of other Native Americans in an effort to help save them from their dark fate in history. Claire tries bribing Wendigo to free her, but he’s too scared to face Lionel’s wrath.

When he spoke to Claire, Wendigo mentioned how he was seeking gemstones to travel back to his time, and so, this mystery thief’s apparent need to acquire a gemstone seems fitting to Wendigo’s predicament. His long curly hair is also on par with Wendigo’s looks, and considering his affinity for music with the Ringo Starr reference, before, it would make sense that he’d hum a modern tune.

The episode does throw a red herring out too though as Roger (Richard Rankin) is chided by Brianna (Sophie Skelton) for humming modern tunes around the Ridge’s settlers. Only time will tell for certain who the mystery time traveler in the jail cell is, but Wendigo Donner seems a fitting option based on the clues.

What do you think? Let us know your thoughts in the comments section, below, and stay tuned as Outlander‘s sixth season continues on Starz.