The Riverdale High School gang is celebrating Senior Prom in Riverdale’s Season 5 premiere, as shown in new photos from The CW’s set.

A sneak peek of Riverdale’s prom was recently shown through images shared by TVLine, which features the cast in a variety of close embraces.

In more prom night photos below, we also see Cheryl and Toni locked in a loving embrace, Kevin with his arm around Fangs and making a toast to the whole gang — and hey, is that Katy Keene‘s K.O. Kelly (Zane Holtz) in the background? (Yes, series creator Roberto Aguirre-Sacasa let it slip earlier this year that Holtz would be making a crossover appearance on Riverdale.) Plus, we see Veronica’s parents Hiram and Hermione sharing a dance… along with F.P. and Alice!

The Riverdale teens will also put on their caps and gowns for their high school graduation early in Season 5, followed by a time jump that will pick up several years later with the show’s young characters reuniting after being separated at college 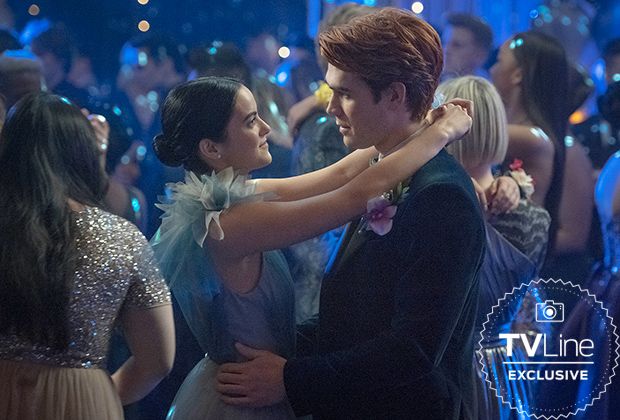 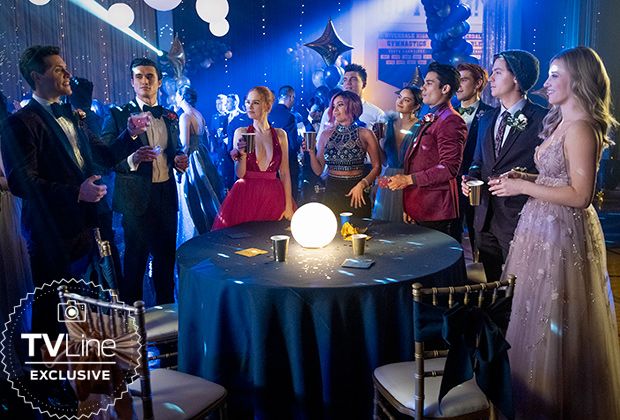 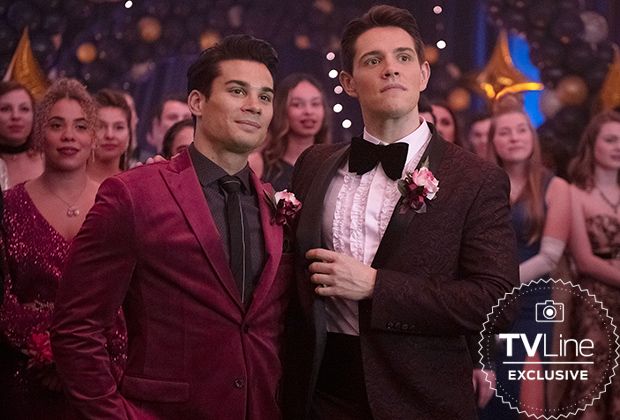 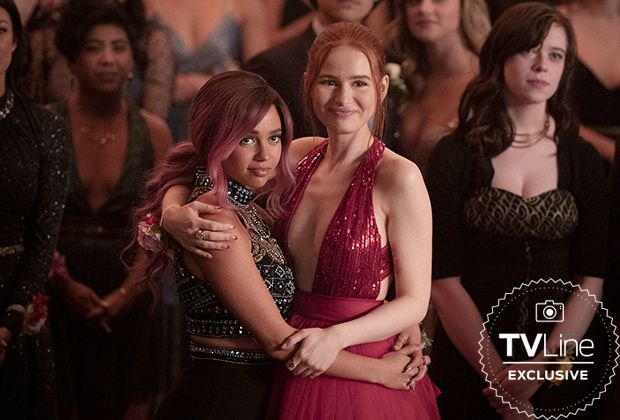