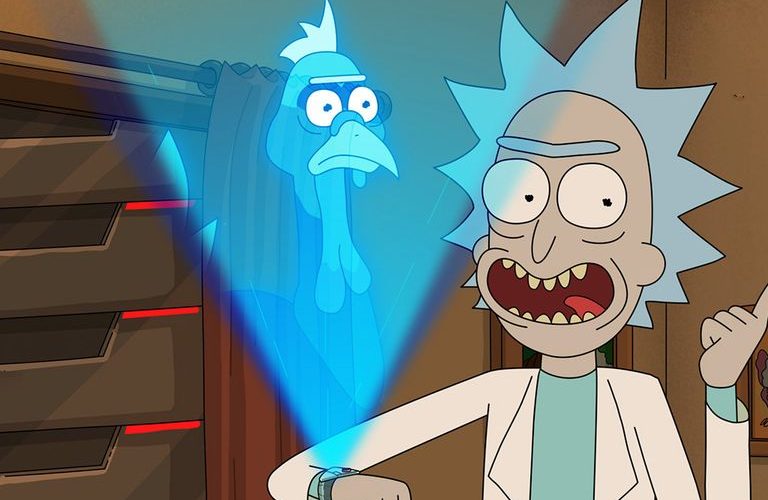 Even in a multiverse full of infinite possibilities, it’s tough to imagine a world without Rick and Morty. But don’t worry, it looks like you won’t have to, at least not for quite some time.

Back in 2018, Adult Swim ordered 70 more episodes of Rick and Morty. Seventy. Some of these episodes have since aired, but if the show continues with 10 instalments each season, that would take us all the way up to season 10.

That’s a long way of saying that Rick and Morty season six has long been confirmed, and it looks like work on that chapter is already near completion. Earlier this year, writer Alex Rubens teased fans on Twitter by saying: “Am I allowed to say we started writing Rick and Morty Season 7? (If not we didn’t and I’m not).”

Since then, Rick and Morty writer Cody Ziglar has confirmed via Twitter that the writing is now finished for season seven, which means season six must be coming sooner rather than later, right? It doesn’t get more schwifty than that!

Rick and Morty season 6 release date: When will it arrive?

Now that the creators are free to develop new episodes without waiting for a renewal, it looks like Rick and Morty’s release schedule could fall into a more regular pattern.

During Rick and Morty’s exclusive panel at the Adult Swim Festival 2021 in November, the broadcaster confirmed a 2022 premiere was planned (via Screenrant). That’s as close as we came to an actual date, but season six could feasibly arrive a year after season five finished airing, so around summer 2022.

Don’t bet all your schmeckles on that just yet, though. It’s also possible that Adult Swim might surprise us with an earlier release, or even switch things up so that episodes are released more sporadically. Co-creator Justin Roiland once suggested airing each chapter a month apart to give his team more breathing space. Who’s to say that Rick and Morty won’t try that out one day, or at the very least, release some holiday-themed specials beforehand?

No matter which dimension we might be in, Rick and Morty just doesn’t work without Rick and Morty. That means Justin Roiland will inevitably reprise the two lead roles once again in season 6, but who will join him?

Chris Parnell, Sarah Chalke and Spencer Grammer are all but guaranteed to return as Jerry, Beth, and Summer Smith, respectively. Chalke will likely continue playing both Beth and Space Beth, her maybe-clone counterpart.

Other guest actors who could reappear in season 6 include:

• Kari Wahlgren as Jessica.
• Keith David as the President of the United States.
• Dan Harmon as Birdperson/Phoenixperson and also Mr Nimbus.
• Alison Brie as Planetina.
• Christina Ricci as Princess Poñeta, the princess of the CHUD.
• Darren Criss as Bruce Chutback.

Mr Poopybutthole also popped up again at the end of season five, so we expect Justin Roiland will probably reprise this role too at some point in the future, even if it’s just for another annual update on his love life.

Rick and Morty season 6 plot: What will it be about?

No season six plot details have been revealed just yet, but we live in hope that future stories will be more like ‘Mortyplicity’ and less like ‘Rickdependence Spray’, which remains perhaps the dumbest episode of Rick and Morty yet.

The season five finale certainly suggested that things could head in this direction. Rick and Morty tends to go harder on canon towards the end of each season, but this show has never leaned as much into serialised storytelling as it did at the end of season five.

Not only did ‘Rickmurai Jack’ bring back Evil Morty, but it also revealed Rick’s true backstory, which essentially confirmed that his wife and daughter were indeed killed by another Rick. A season 3 flashback already suggested this some time ago, but now that we know this really is the truth, don’t be surprised if the show starts to reveal more canon moving forward.

Not only is this what the fans want, but it also bodes well for Rick and Morty’s future too. While humour and escapism are key to this show, crazy hijinks and squanch plot twists aren’t always enough if you don’t care about the characters. Let’s just hope that season 6 finds a way to balance the show’s inherent absurdity with these game-changing character beats moving forward.

And while we’re breaking down what we hope to see next, how about more of Jessica and Space Beth, two fascinating characters who were left by the wayside for most of season five? Evil Morty could also return, perhaps with a glimpse of what lies beyond the Central Finite Curve…

We also know that a new spin-off based on the Vindicators is soon heading to Adult Swim. Expect to see superheroes like Supernova, Vance Maximus, Alan Rails, Crocubot and Noob Noob kick ass and take names across the universe. And presumably, it will be set before the season 3 episode where this team all died.

Will this short series intersect with Rick and Morty season 6 somehow? Possibly not, although it will be set in canon, which leaves the door open for crossovers in a way that the anime spin-offs don’t.

“There are some really interesting episodes coming up where you see more sides to all of the family members. There were a lot of family-centric episodes this season, which I always think is really interesting. Or when Rick is off doing something with Jerry. It’s interesting to see Beth, Morty, and Summer have a life independent of Rick.”

And it looks like season six’s villain has been revealed. The show’s never been afraid to show different dimensions (lol) of the Smith family, but it sounds like Morty’s big sister will be this year’s big bad. Whether it’s a season-long storyline, a solo episode, or a short arc – it certainly sounds like something that’s going to be explored.

“Evil Summer is probably the most like Rick she can possibly be,” Grammer told Inverse. “The female people in the family take after Rick a lot, so that’s where her intelligence lies. She’d have to beat out Rick’s mind, in a way?”

Grammar was careful to state that she was being purely hypothetical there, but it certainly sounds like something she’s thought about. And if Evil Summer doesn’t pop up in season six, maybe season seven.

“I keep saying, there’s gonna be so many more episodes,” Grammer said. “They’re writing Season 6 already and are probably going to start writing Season 7 soon. It’s nice to be on a real schedule that people can see every year, hopefully, but who knows, it could be two years! I don’t want to give anybody high hopes, but I don’t know that it’ll be three years again.”

Rick and Morty season 6 trailer: When will we see it?

Historically, Rick and Morty trailers usually arrive anywhere from one to three months ahead of a new season. If that continues to hold true, don’t expect to see a full-on promo for season 6 until next year. Saying that though, early animatics could definitely appear sooner than that, especially now that we know the writing on season seven has already finished.