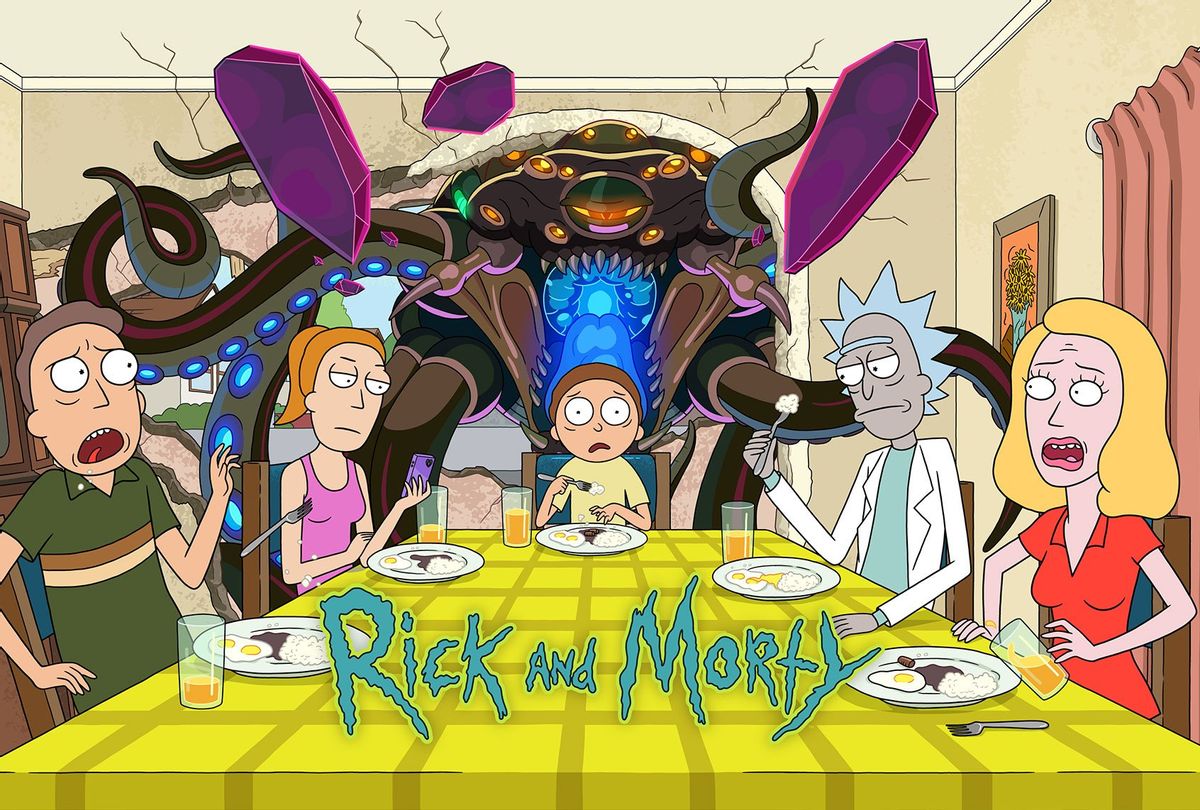 After airing two of the schwiftiest episodes we’ve seen in quite some time, Rick and Morty took a surprising turn this week with a Captain Planet parody that a lot of younger viewers might not have fully understood.

Planetina starts off as a protector of sorts, but by the end of ‘A Rickconvenient Mort’, she mercilessly kills anyone who poses a threat to our planet. And despite all the death and destruction that Morty has caused over the years, it seems that he can’t abide murder when it comes to his first true love.

Yes, Jessica has been a constant source of infatuation for Morty over the past five seasons, but this is the first time that he’s actually fallen in love with someone — and more importantly, had that love reciprocated. However, that all changes when Morty realises that his first true girlfriend is also a murderer. In the final moments of this episode, Morty breaks up with Planetina and cries in the arms of his mother.

It’s an unusually serious and emotional ending for Rick and Morty, so it might not surprise fans to learn that this story almost ended very differently. During a segment of Inside the Episode which aired immediately after on Adult Swim, creator Dan Harmon revealed that the episode – “which is really special to me” – was originally going to end with Planetina breaking Morty’s heart instead. Either way, the story doesn’t end well for Morty.

“We tried to capture that loss by treating it like an actual dramatic story,” says director Juan Meza-León. Because of this, there’s no punchline at the end, just a teenage boy sobbing into the arms of his mother.

As writer Rob Schrab points out, this is also the first time “we’re getting to see Beth be motherly”. Usually, her detachment from the kids is a source for humour, but that’s not the case here. “After that scene, I was a wreck,” Rob adds. And on paper, it’s easy to see why. When you break it down and forget what actually brought us to this point, that final scene embodies the kind of heartbreak everyone can relate to, whether their grandfather has cracked inter-dimensional travel or not.

It’s about time that Rick and Morty encouraged us to invest more in these characters beyond their involvement in whatever scheme Rick hatches – or screws up – each week. Fans primarily come to this show for its absurd humour and zany takes on established sci-fi tropes, but if you don’t ground all this in something relatable and recognisably human, then it becomes harder and harder to maintain interest.

Five seasons in, Rick and Morty has finally started to learn that lesson. Season five’s premiere steered the writing towards more serialised storytelling which now seems to avoid pressing the reset button in the same way that past seasons often did. And now, following Rick’s emotional ending to season four, Morty’s breakup is continuing this trend by further tapping into the show’s dramatic potential.

While describing this scene, Harmon, says, “It’s too easy to be cynical. Like love isn’t real.” And that’s an interesting choice of words from the creator of what could be TV’s most nihilistic show. Cynicism has come to define Rick and Morty in many ways, and that’s still clear in this episode’s B-story, which follows Rick and Summer on a party crawl through three apocalypses.

On each planet they visit, the pair indulge their wildest, hedonistic fantasies, because the world is ending anyway, so why not? The way this all ends is even embodied by the Smith family’s cynical outlook, so it’s safe to say that Rick and Morty isn’t abandoning this core trait just yet. But the difference this time round is that Morty’s sadness isn’t just a set-up for some joke, or even part of the show’s wider sense of nihilism.

Previous seasons have occasionally leaned into character drama like this before. Remember when Rick tried to kill himself in season two? Or when he tried to grapple with all the mistakes he’s made at the end of season four?

Rick and Morty actually explores this kind of serious tone more than people might realise, but these scenes are usually included to remind us that nothing really matters, that in an infinite universe, our choices are meaningless.

In a season where Rick may have killed God and Rick and Morty themselves might be dead too, it’s tempting to think that nihilism is all this show will ever represent. But by homing in on a mother who’s simply comforting her child, the ending of this episode suggests that the writers might be ready to finally start believing in something bigger, something that does actually matter after all.

And in a show where “elbow titties” play a surprisingly big role, it’s vital that fans are given something meaningful to hold onto amidst all the nihilistic sex jokes.