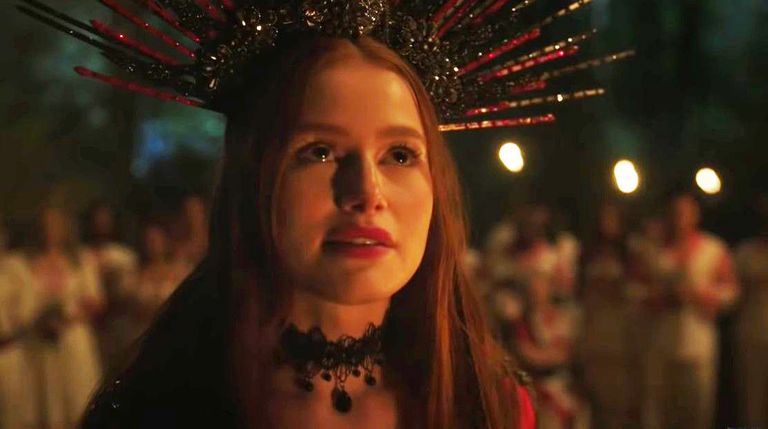 Riverdale boss Roberto Aguirre-Sacasa has confirmed that that major character really did die in season six’s horror-leaning premiere, but teased that their death might not remain permanent as the instalment continues beyond its five-episode “event-ised” opener.

Last night’s dramatic episode (Tuesday, November 16) introduced viewers to ‘Rivervale’, a place the showrunner is reluctant to call an “alternate universe” despite things seeming a little… off. 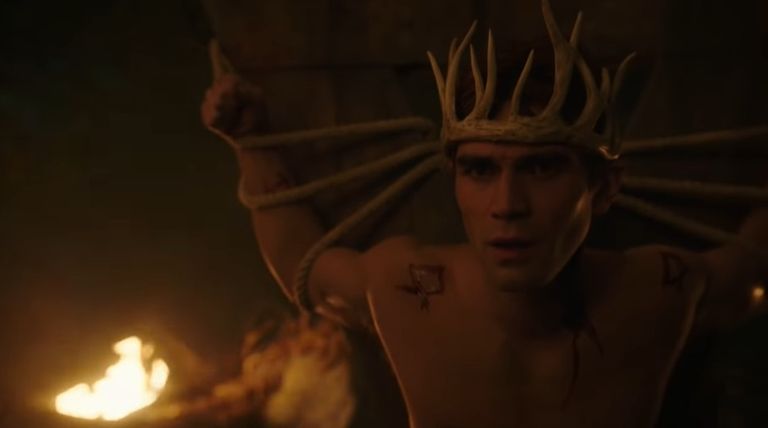 As part of a Midsommar-esque sacrifice, the latter strung Archie (KJ Apa) up in front of the other townsfolk, placed an antler crown on top of his head, stabbed him and then cut his heart out.

“They are serialised, so Archie is dead in episode two,” Aguirre-Sacasa told TVLine, when asked whether the next few instalments follow an anthology format. “That’s only the start of the body count for Rivervale.

Towards the end of the latest outing, Jughead, as narrator, addressed those watching at home and explained: “So ends the heroic life of Archie Andrews, born 25 years ago in the sleepy town of Riverdale, died tonight in its shadow town, Rivervale. Now, I hope you’ve been enjoying your visit so far, because no one is going anywhere.”

“One of the things that we really worked hard on is to make sure that these five episodes… obviously, we wanted to make them as fun as possible, and we wanted to event-ise them and all that stuff, and we wanted a little bit of a clean slate and a fresh start with these episodes,” added Aguirre-Sacasa.

“But it was really important to make sure that they were what we call ‘in continuity,’ meaning that things that happen in Rivervale would continue or echo or speak to the events of Riverdale. Every year, we start very disparate storylines, and we always try to weave them all together, and this year is no exception.