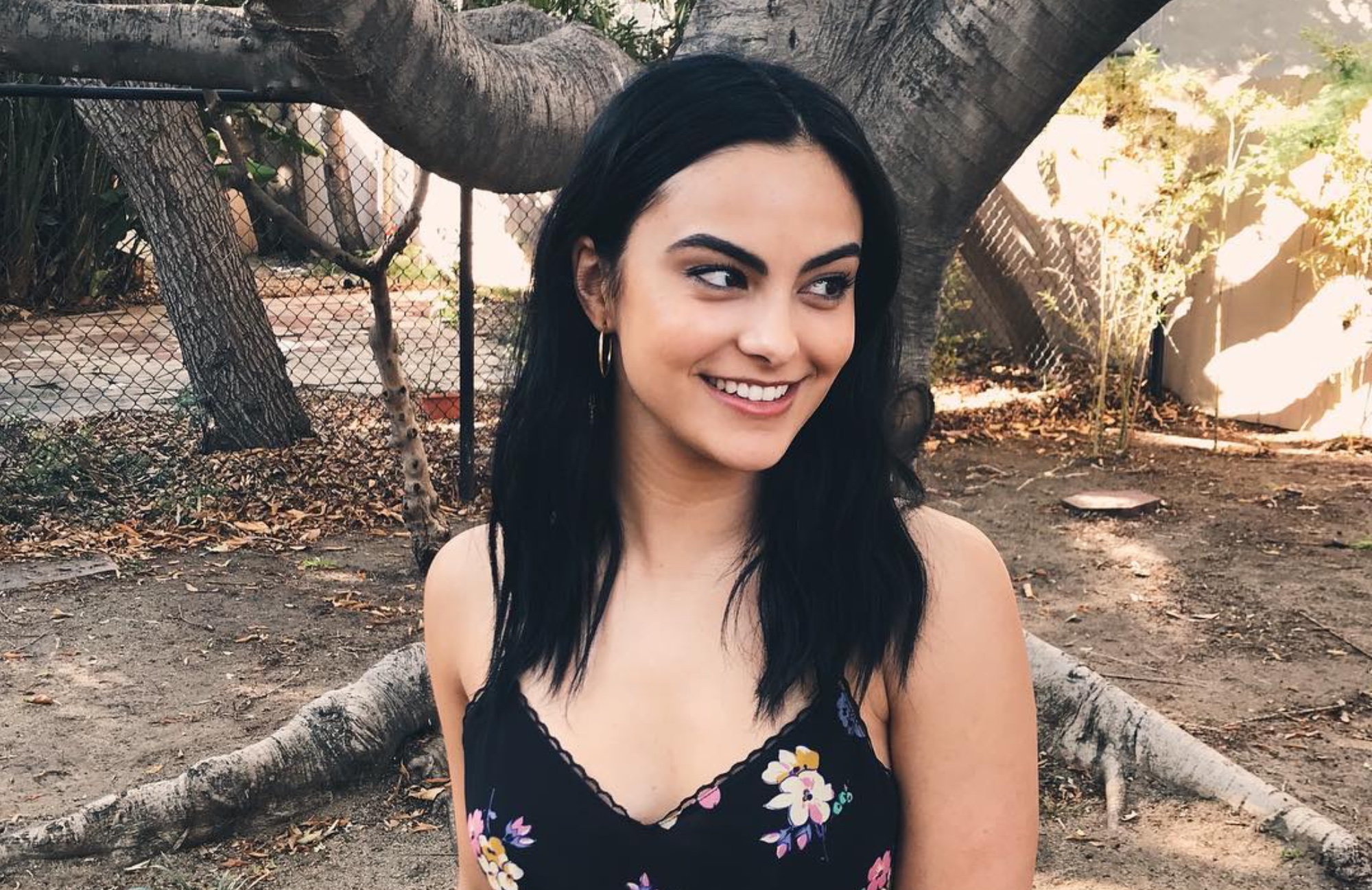 No, she isn’t expecting a baby!

Riverdale star Camila Mendes is getting creative while hanging out at home and has even managed to do some promo for her new Netflix movie, Dangerous Lies, while paying homage to the one and only Beyoncé.

On Sunday, May 3, Camila posted a pic of herself à la Beyoncé, doing a funny riff on Bey’s iconic pregnancy announcement from 2017 — you know, the one that rang the alarm, spawned a thousand knockoffs and became the most-liked photo of 2017.

Three years after the original, Cami made do with what she had on hand for her twist on Bey’s pic, using a sheet of clear plastic as her veil and opting for a beige undershirt and shorts set instead of Beyoncé’s burgundy bra and silk, blue undies. She may not have had a flower crown but Cami got crafty with her prop “baby bump” to complete the pic. “I had to,” Camila wrote in her caption, adding the hashtag #dangerouslies.

This isn’t a baby announcement, and it’s not foreshadowing for what’s next for Veronica on Riverdale, either. The pregnancy photo shoot is a nod to her latest project, which is an edge-of-your-chair thriller starring Camila as a caretaker for an elderly man who plans to leave her his house. Of course, things don’t work out quite that easily, and the movie is full of twists and turns as her character Katie tries to claim what’s rightfully hers … or is it? Oh, and, yes, you’d know all about the baby bump if you’ve watched Cami’s film in full (and if you haven’t, this might be the incentive you needed?)

But sharing behind-the-scenes photos isn’t the only thing Camila has doing while sheltering in place — she’s also been showing off her musical talent. She recently posted a beautiful cover of Mac Miller’s song “Circles” to her Instagram and has also been having at-home dance parties to Lady Gaga. We love seeing all these sides of Cami!