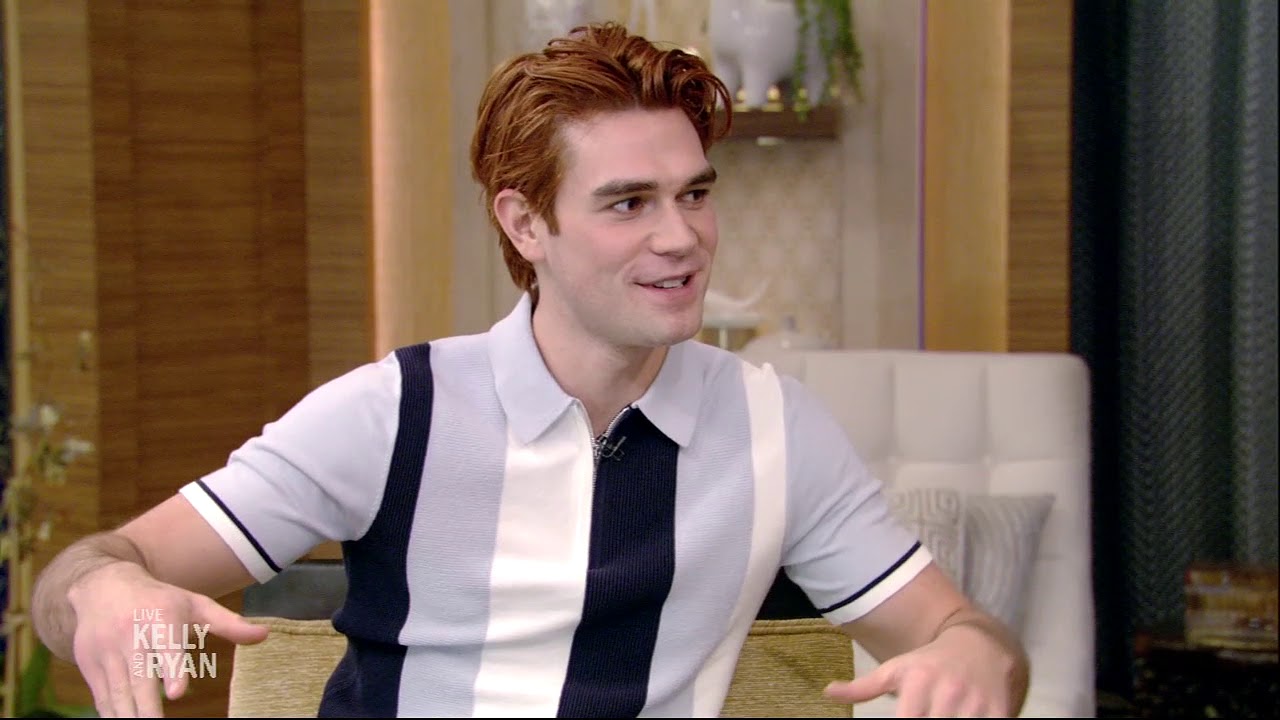 KJ Apa and Clara Berry announced they’re expecting their first child together. It got us thinking: Which other Riverdale stars are living their happily ever after? Keep on scrolling!

KJ Apa will soon take on a new role: Fatherhood.

On Wednesday, May 19, the Riverdale actor announced that he and Clara Berry are expecting their first child together. At first, the 23-year-old star teased the baby news on Instagram, posting a hazy photo that appeared to show off his girlfriend’s stomach.

But the couple didn’t keep fans guessing too long. Shortly after, Clara took to her Instagram page and put her growing baby bump on display. Along with her photo, the 27-year-old model captioned her post with an egg emoji to imply that something’s cooking.

The actor’s Riverdale co-stars expressed their excitement over the baby news in the comments section.

Camila Mendes responded, “another neném (baby) on the way.”

Of course, KJ isn’t the only Riverdale star to find love and embark on a new chapter.

Scroll through our gallery below to find out who else from the CW show has either found their special someone or is happily single.

The Riverdale golden boy, known as Archie Andrews, previously kept his lips sealed about his off-screen dating life. However, in early February 2020, the actor confirmed his romance with model Clara Berry. In May 2021, the couple announced they are expecting their first child together. 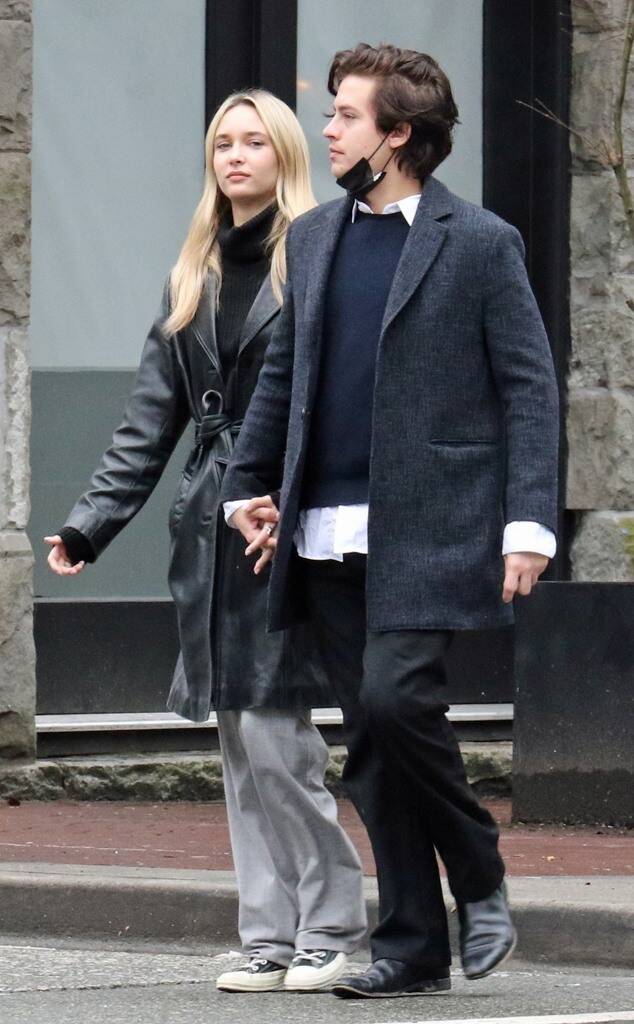 The 28-year-old actor has moved on from his Riverdale romance. In March 2021, Cole seemingly confirmed he’s dating Canadian model and influencer Ari Fournier. 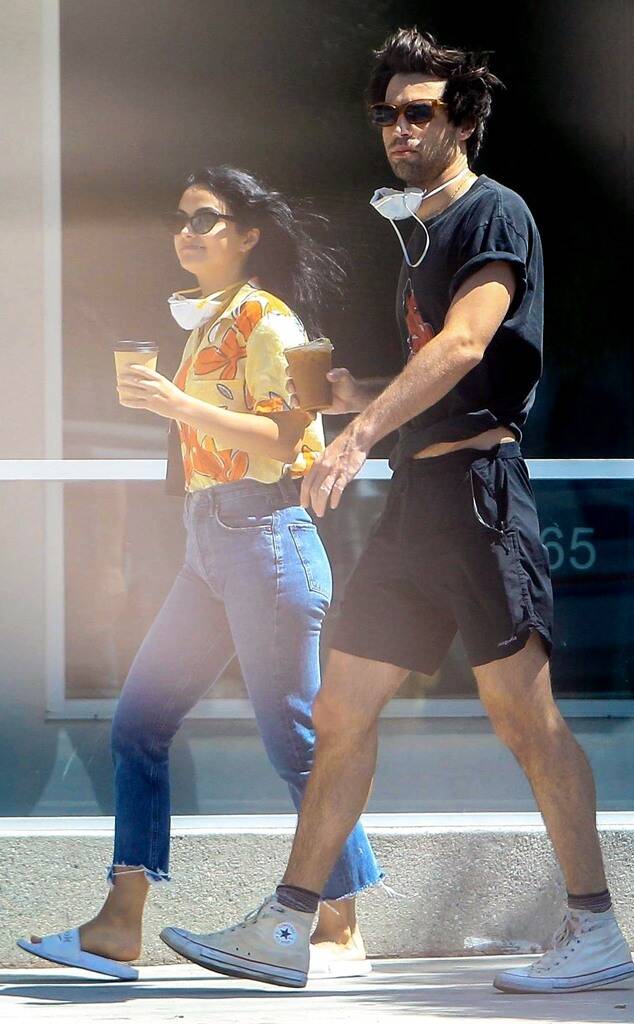 The actress confirmed her romance with Grayson in September 2020 after she posted a photo of her kissing the photographer before she left for Canada to film the CW show. “Long distance love,” she captioned her image. By March 2021, the two had called it quits, with a source telling E! News, “Their relationship just ran its course.” She previously dated Riverdale co-star Charles Melton but they split in December 2019.

The 24-year-old star is currently single. In June 2020, she opened up about her sexuality, sharing on Instagram, “Although I’ve never announced it publicly before, I am a proud bisexual woman.” 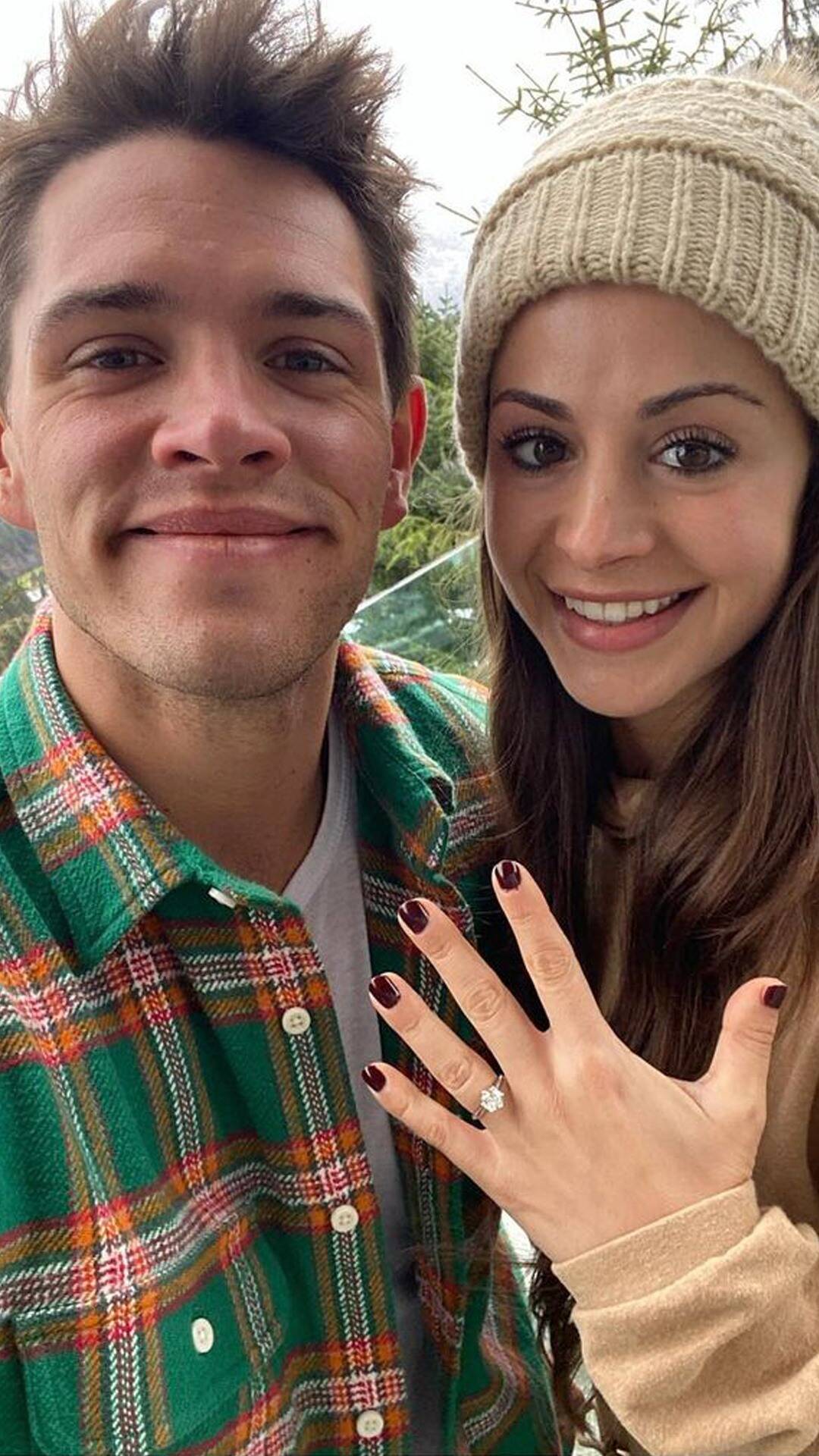 The Riverdale star is engaged! In December 2020, the 28-year-old actor shared the special announcement on Instagram after posting a photo of him and his soon-to-wife. 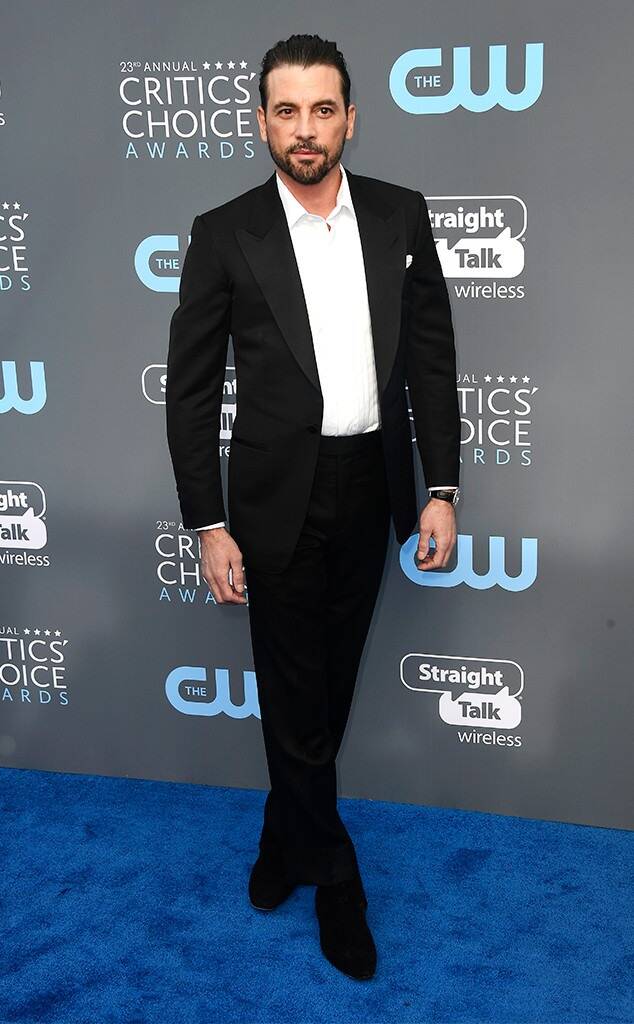 The Scream star shares two children with his first wife, Georgina Cates. The former couple called it quits in 2005. Ulrich was married to Amelia Jackson-Gray for three years, but the duo went their separate ways in 2015. The actor sparked engagement rumors with model Megan Blake Irwin, but his rep clarified to E! News in May 2020 they are not engaged. He was most recently linked to Lucy Hale, however, their whirlwind romance came to an end in April 2021. 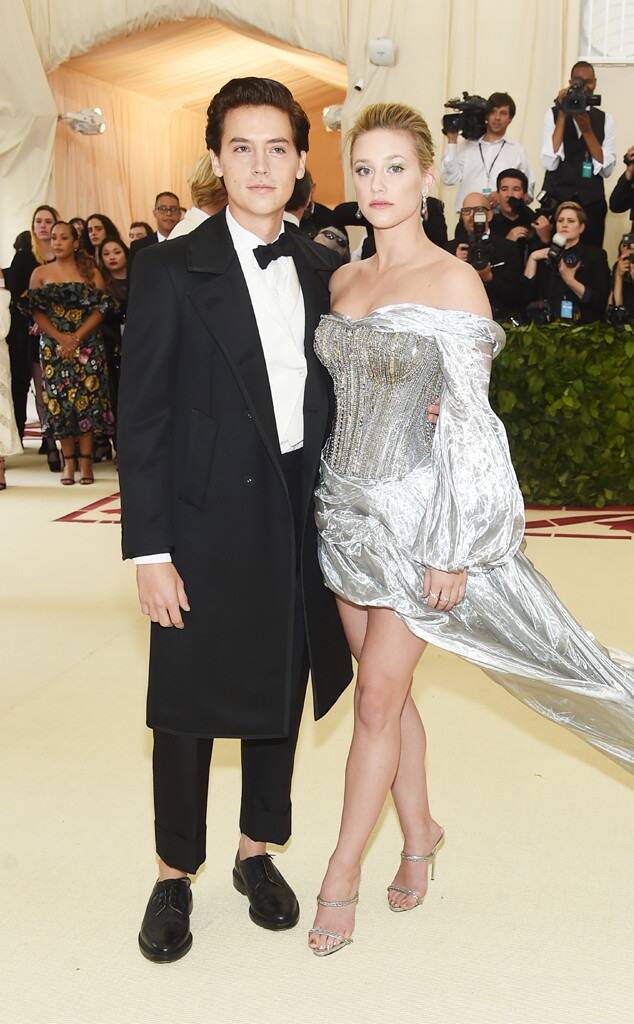 Bughead was real…at least for upwards of two years. After months of speculation over the pair’s rumored romance, the duo seemed to confirm their relationship with an adorable appearance at the 2018 Met Gala. Unfortunately, reports surfaced in July 2019 that they had called it quits. Soon after, though, Lili took to Instagram writing, “BREAKING: A reliable source has confirmed that none of you know s–t.” By March 2020, the co-stars had split up for good. 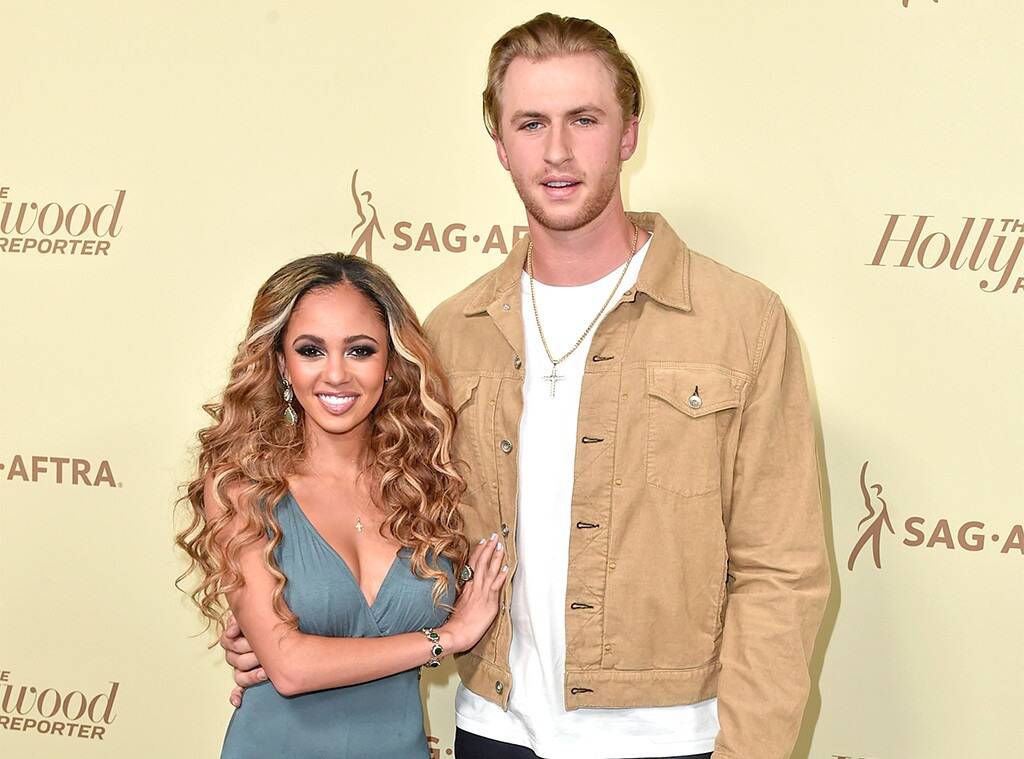 This newcomer has made her way into fans’ hearts as Toni Topaz. In July 2019, the actress announced her engagement to baseball player Michael Kopech, who is known for previously being in a relationship with Brielle Biermann. The couple wed in early January 2020 with Morgan announcing she was expecting in July. Kopech has since filed for divorce.

After three years together, E! News learned in February 2020 that the actress and boyfriend Travis Mills had called it quits. In the last few months, fans have speculated that she’s dating Olympic fencer, Miles Chamley. However, they have yet to publicly comment on the rumors. 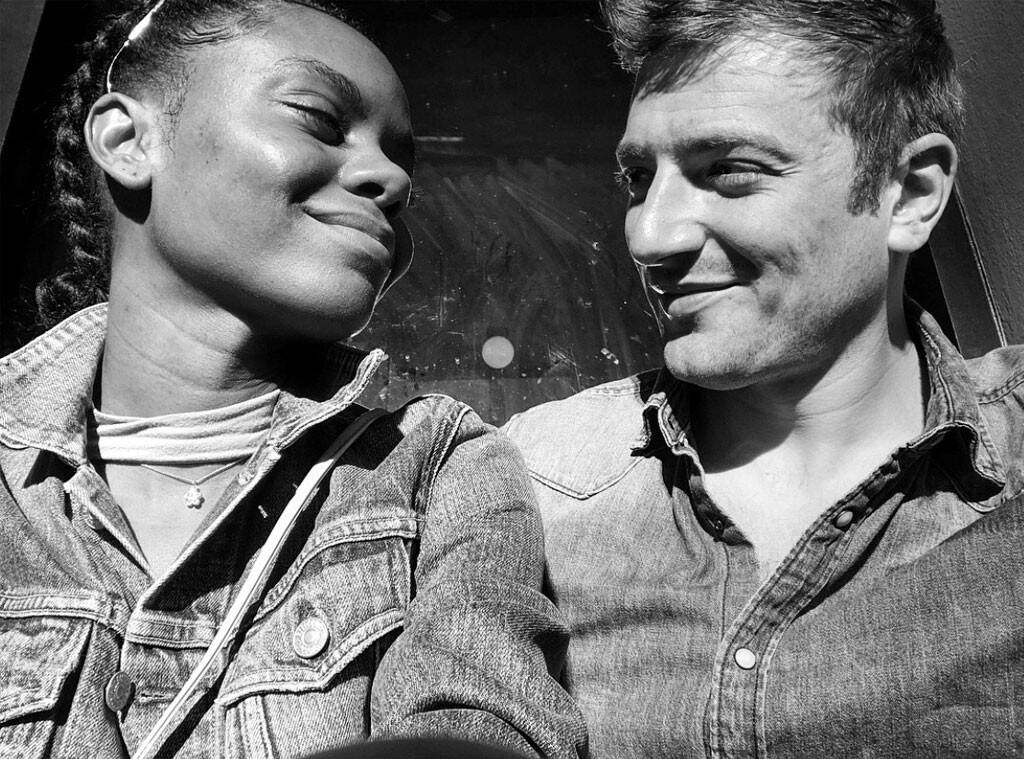 The actress has kept fans guessing when it comes to her love life. Although she hasn’t publicly confirmed a relationship, the CW star shared several sweet snapshots of her and her rumored beau on Instagram. 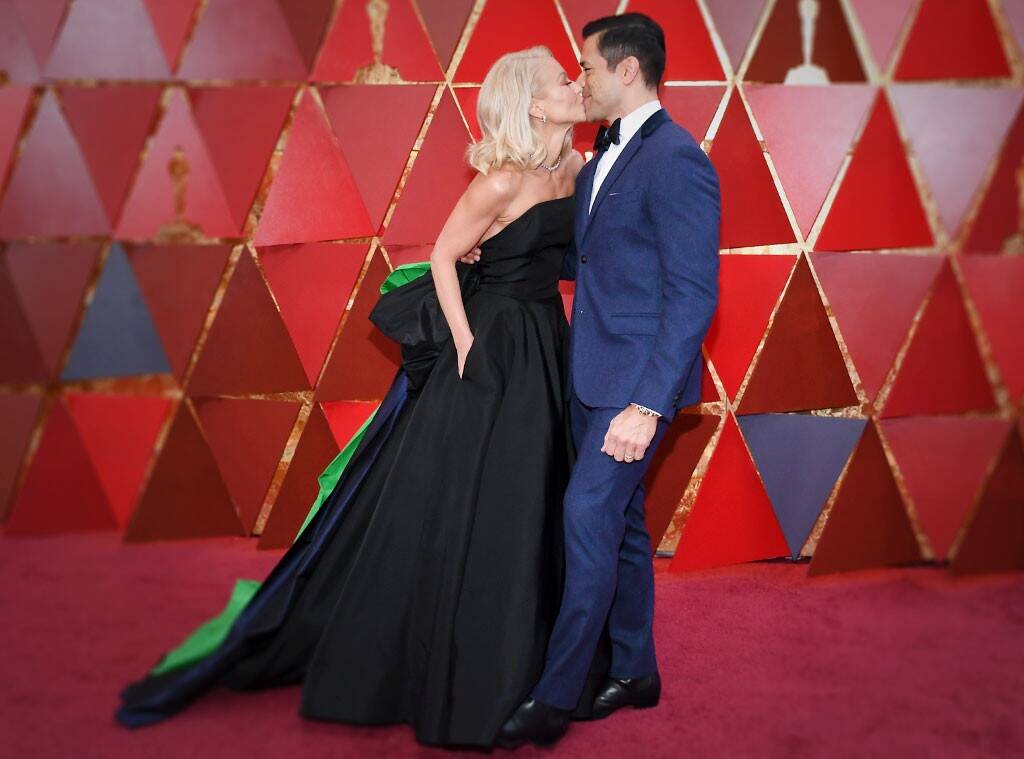 Relationship goals! The actor has been married to talk-show host Kelly Ripa for 25 years (!!), with who he shares three children. Consuelos can often be found posting adorable pictures of his wife and family on social media.