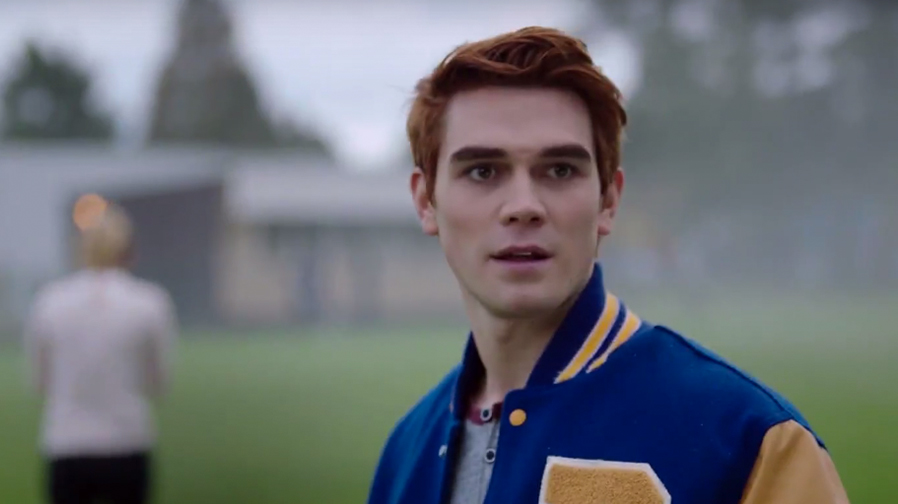 Riverdale will end with Season 7, The CW announced, Thursday, May 19. And just before The CW upfront presentation began at the New York City Center, KJ Apa told TV Insider how he feels about Riverdale coming to a close.

Apa plays Archie Andrews in the supernatural melodrama, based on the Archie Comics. He’s joined by Lili Reinhart as Betty Cooper, Cole Sprouse as Jughead Jones, and Camila Mendes as Veronica Lodge. And while he says the cast isn’t necessarily surprised by the cancellation, Apa is still saddened by the decision.

“A lot of us kind of saw it coming. We knew it was going to finish sooner rather than later. But overall, I feel lots of mixed emotions. I’m sad,” he tells TV Insider. “It’s going to be really hard to say goodbye to Archie, to Riverdale. I can’t say I’m going to miss the red hair, but yeah. It’s going to be hard.”

Interestingly, Apa implies the show might not have been planning for Season 7 to be the last (Season 6 is currently airing new episodes Sundays on The CW). When asked if he thinks Season 6 has been building to a natural conclusion in Season 7, Apa says, “I don’t think so.”

“I think in Season 7, we’ll start to see some kind of conclusion to the show,” he continues. “But I think currently, we’re still going down this road guns blazing.”

Riverdale Season 7 will debut midseason this fall and has a full-season order. As for what’s ahead in the last few episodes of Riverdale Season 6, don’t expect Varchie and Bughead to come back. While recent episodes hinted at a possible return of the OG Riverdale couples (Betty encouraged Veronica to kiss Archie in the most recent episode, since he’s the only person immune to her venomous black widow lips), Apa warns not to read too much into it.

“I don’t think that’s going to happen, to be honest,” he says of a possible Varchie and Bughead return. “Not this season.”

With just one season left, we wanted to know what final homages Apa hopes to create. The No. 1 show he wants to pay tribute to: “Probably Entourage.”

“One of my favorite TV shows was Entourage. There hasn’t been a show really like that one. I remember binging that show in like, two weeks. I love that show,” he shares. As for what the final Riverdale musical episode could be, Apa has some ideas.

“The musicals that we’ve done have been pretty cool. I think I’d like to see some more rock musicals,” he says. “Recently, I haven’t been really into musicals so much. But next season, don’t worry. I’ll be singing my heart out.”

Riverdale musical episodes have included Hedwig And The Angry Inch, Carrie, Next to Normal, and Heathers.

“Heathers was fun. I went in on that one,” Apa reminisces.

What do you want to see in Riverdale before it ends? Sound off in the comments, below.