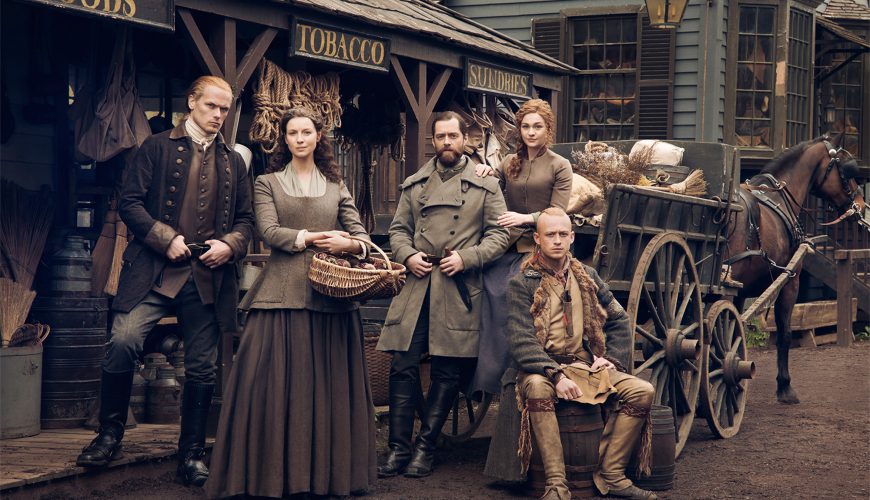 Aye, you can believe your eyes? Outlander season 6 is almost here.

Rejoice, Sassenachs, because while it may have been the longest Droughtlander ever, we finally know that the next season of the centuries-spanning Starz drama will premiere March 6, 2022. Diana Gabaldon, author of the book series from which the TV series is adapted, revealed the news Monday at a launch event for the ninth book in the series, Go Tell the Bees That I Am Gone.

Season 6 picks up where the fifth season left off, with Claire (Caitríona Balfe) escaping a violent encounter with Lionel Brown (Ned Dennehy) and returning to Fraser’s Ridge with Jamie (Sam Heughan), where the couple now must confront the impending Revolutionary War and figure out what’s best for their family.

There are also some new arrivals on Fraser’s Ridge to contend with this season in the form of the Christie Family, consisting of Tom (Mark Lewis Jones) and his two children, Allan (Alexander Vlahos) and Malva (Jessica Reynolds). Tom may be an old Ardsmuir acquaintance of Jamie’s, but that doesn’t mean his family’s presence won’t be disruptive. “The audience will find out quickly where all this tension comes from,” showrunner Matthew B. Roberts previously told EW of Jamie’s history with Outlander’s new kids on the ridge.

“They are not your typical villains,” Balfe added. “There are so many twists in the tale. It’s very destabilizing for Claire.”

Executive producer Maril Davis said the Christies come to the Ridge “searching for something, whether that’s salvation, hope, or whatever it is. I’m not sure if they’ll find it.” Rather ominously, she added, “Jamie and Claire keep thinking they’re safe at Fraser’s Ridge, but in season 6 we’re asking, ‘What do you do when your home turns against you?’ We’ll see how that happens in their own backyard.”

We’re so ready to find out.