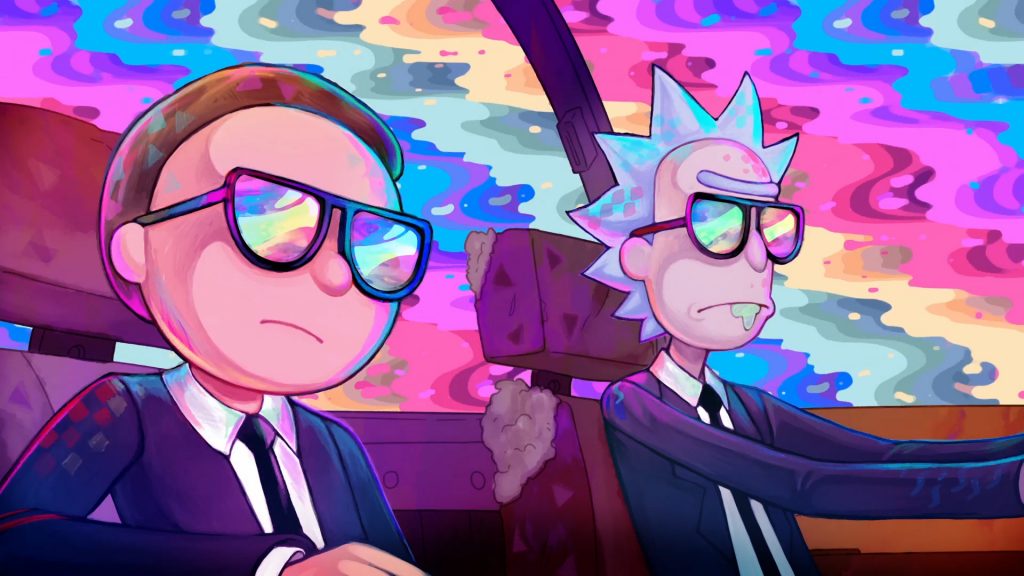 Rick and Morty haunted this decade like a chatty holographic ghost that occasionally biomorphs into a giant spluttering bloodmonster. Somehow it’s been six years since the show about world-crunching inventor Rick (voiced by co-creator Justin Roiland) and his callow grandson Morty (Roiland also) debuted on Adult Swim. There have only been three short-ish seasons so far. By comparison, in the same period, Dick Wolf’s Chicago franchise has aired 13,000 episodes. Time has very much not flown since 2013, and the animated black-hole-of-the-human-condition comedy returned Sunday as a nigh-ancient monument in an ever-shifting TV landscape.

And we have not even really begun to see the full shape of Rick and Morty, assuming that Roiland and fellow creator Dan Harmon follow through on the 70-episode order the network finalized last year. The security of a long run has not sped up the production process: Only four more episodes will air before a midseason break.

The season 4 premiere was outrageously confident, and generally outrageous. Rick and Morty is angrily funny, powered by Rick’s galactic cynicism and a tendency toward hysterical navel-gazing criticism. The self-awareness would be annoying, if there wasn’t so much self there. The opening minutes blasted past enough sci-fi concepts to power whole episodes (or seasons) of more straightforward science-fiction sagas. At dinner with the family, Rick offered boilerplate responses to questions, having installed an “auto-response chip” in his brain. Immediately, he was carrying Morty through an asteroid belt on a quest to find Death Crystals, space rocks that reveal visions of one’s destined doom.

There was a gun battle with spacefaring Crystal Poachers, an accidental crash, Rick’s own gory death. Soon characters were hopping realities and launching assaults on civilization. I lost track of how many different versions Rick and Morty appeared, but the nicest variations were the giant devouring wasps.

Morty had the more straightforward story line. The Death Crystals revealed untold chilling end-of-life scenarios for him, all outcomes from time spent with his misanthropic grandfather. And then there was the one branching path toward serenity: Old man Morty, dying in the company of unattainable Jessica (Kari Wahlgren) declaring her love.

To get over that particular rainbow, Morty gave his life fully over to the crystal’s advice. You can see the potential Twilight Zone here — knowing the future destroys the present, maybe, or just a valuable lesson about Living in the Moment — and then Rick and Morty hyperlinked toward gooey ultraviolence. Morty follow the Death Crystal into battle with a local bully. He dispatched the heavy with some high-Rick-tech weaponry, and that was just the beginning. “Looks like there’s a new bully in town!” said another bruiser. “Lucky for us, he just made bully-bullying the new bullying. Bully him!” (That single line sums up a lot of the genius of Rick and Morty — something familiar, repeated and twisted into absurdity.)

Morty found himself one-man-army-ing his way around town. It was the arc of a Grand Theft Auto rampage mission: random fight, cops arrive, then the military. The weaponry was disgusting: I will not soon get over the image of the policemen’s bodies splitting into multiple pieces, and then each of those pieces sprouting a leg.

You could scan some larger message, maybe, as the episode cycled through questions about precisely what Rick and Morty will be. “Stop doing meta-commentary!” Morty said at one point. “Just have fun! We’re going on a simple classic adventure!” Of course, the specific Morty who said that was an unimaginative fascist stewing in angry nostalgia: “I want to have fun, classic Rick and Morty adventures, just like in the old days!”

Fascist Morty could be a direct assault on a certain brand of Rick and Morty viewer, and the notion that the series has a troll-fan problem has permeated the writers’ room enough for Harmon to discuss it with EW’s own James Hibberd. It’s also possible that the show just wanted to draw its own very specific moral line. Rick is an antihuman nihilist wanted for crimes against all known species, and even he wants Mr. Meeseeks to “KILL THIS NAZI PRICK!“

Still, the main feeling I got from the premiere was the intense thrill of a series launching toward a new era at the peak of its powers. A running thread about a hologram Rick featured playfully specific gags about robo-identity politics, with complaints about “flesh privilege” and “racist accusatory Isaac Asimov bulls—.” An homage to Akira was skewered and then fully lived up to, as two different characters evolved into tentacle-oozed anime-things. Morty turned a baker’s dozen people to ash, and escaped prosecution when the Death Crystal prodded him toward John Edwards-y psychic blather, one confused syllable at a time.

“Sometimes we’ll do classic stuff, other times we’ll do whatever!” Morty suggested at the end of the episode, excitedly spitballing future plans with Rick. Summer (Spencer Grammer) goofed on their companionship, suggesting that what lay ahead would just be “a testosterone-addled [vulgar adjective] third-grade-boy [vulgar noun].” Our poor world’s lousy lately with testosterone-addled third-grade vulgarity, so thank goodness Rick and Morty is back to hold up a mirror to society, and punch through that mirror to a better world where human-sized wasps live happily with their families, laying eyeball-exploding eggs and eating food that’s still screaming. Premiere grade: A