Sex Education’s Aimee Lou Wood has opened up about an “amazing” scene she filmed with co-star Susan Lynch – and how it was cut from the comedy-drama.

Ahead of the Virgin Media BAFTA Television Awards on Sunday (June 6), in which she’s nominated for Best Female Comedy Performance, the actor – who plays Aimee Gibbs on the hit Netflix show – recalled shooting a sequence for season two where her character tells her mum (Unforgotten star Lynch) that she was sexually assaulted on a bus.

Wood told Digital Spy and other press: “It’s after the girls have all been smashing stuff and then she goes back… but it kind of felt like, and I get it, it felt like a bit of a double ending, because all the girls waiting for Aimee and saying, ‘We’re all getting the bus’… that was her catharsis, that moment. 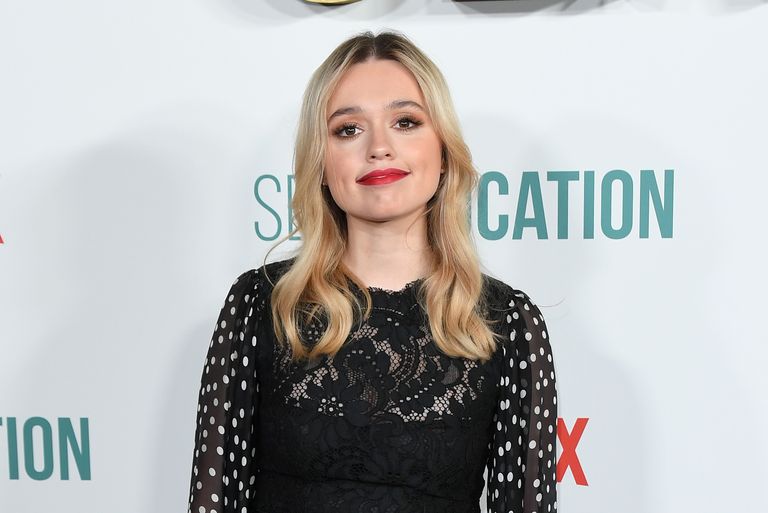 “And it felt like a double catharsis because she comes back, she tells her mum, they have this amazing scene, and then the next scene would be all the girls waiting.

“So they had to pick one of the two and I’m really glad they picked all the girls waiting because it’s my favourite scene ever. But the scene with Susan, she was so bloody brilliant in it and we were a bit smug on the day. We were like, ‘Bloody hell, we’re doing some good acting today’.

“We watched it back and I was like, ‘Is that scene there?’ And they were like, ‘Oh, it’s gone’. It was the right decision, but I would love to see that.”

Turns out that that wasn’t the only moment that got edited out of season two either, as Wood went on to chat about one she shared with Famalam’s Gbemisola Ikumelo, who starred in one episode of Sex Education as Huma.

“It was us all singing All Saints in the car, and it was so good… with a lizard. I was so sad it didn’t make it in. It was really fun though,” Wood remembered.

Ikumelo laughed: “That lizard was terrifying and I was quite disappointed that I didn’t have at least 10 more minutes of screen time for all my pain of just going, ‘Oh my God, it’s near me’. I know there were more important storylines than me with the lizard, so fair enough.”

The Virgin Media BAFTA Television Awards air on Sunday (June 6) at 7pm on BBC One.

Sex Education seasons one and two are streaming now on Netflix.