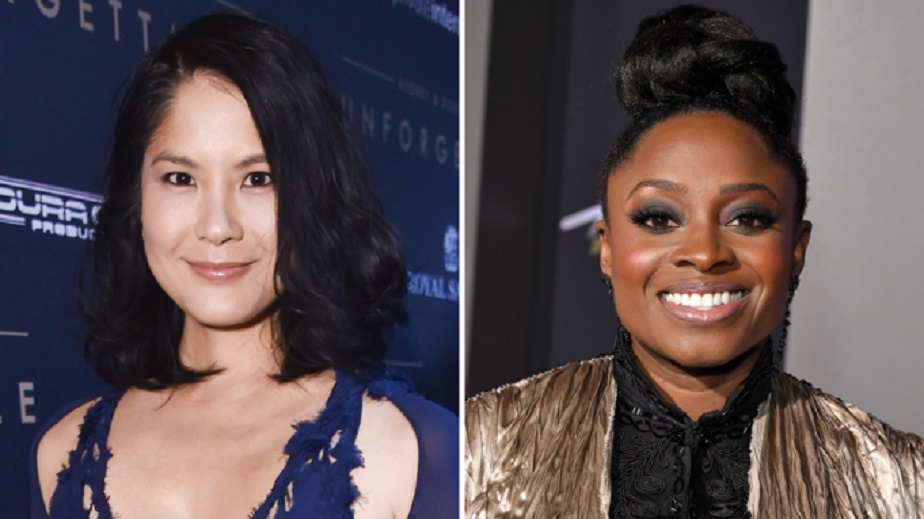 Lynn Chen (Saving Face, Go Back To China) and Idara Victor (Love Is__, Rizzoli & Isles) are set to join William H. Macy and company in recurring on Shameless, which returns to Showtime for its 10th season on November 10.

Chen is set to play Mimi, an accidental new friend for V (Shanola Hampton) who introduces V to a lucrative new career. Victor will step into the role of Sarah, who leads a mommy AA group and welcomes a struggling new dad Lip (Jeremy Allen White).

Chen has appeared in such films and TV series as Silicon Valley, NCIS: Los Angeles, Numb3rs, Lakeview Terrace and multiple episodes in the Law & Order universe. She is repped by Sovereign Talent Group and Authentic Talent and Literary Management.

The 10th season of the multiple Emmy nominated and winner Shameless picks up six months after last season’s finale when Frank (Macy) uses his leg injury to collect as many prescription drugs as possible which leads him to an old friend. Debbie (Emma Kenney), emboldened by the $50,000 left to her by Fiona, has stepped in as the new matriarch, ruling over the Gallagher household with an iron fist. Lip (White) navigates his relationship with a newly affectionate Tami (Kate Miner). Carl (Ethan Cutkosky) has to decide what to do with his life as he finishes military school and heads back to the Southside. Liam (Christian Isaiah) is committed to learning more about black history and culture under the tutelage of V (Shanola Hampton) as Kev (Steve Howey) faces an identity crisis. Gallavich returns this season as Ian (Cameron Monaghan) and Mickey (Noel Fisher) rekindle their romance in prison as both cellmates and lovers.

Shameless is created by Paul Abbott and is produced by Bonanza Productions in association with John Wells Productions and Warner Bros. Television. Developed for American television by John Wells, the series is executive produced by Wells, Nancy M. Pimental, and Joe Lawson.