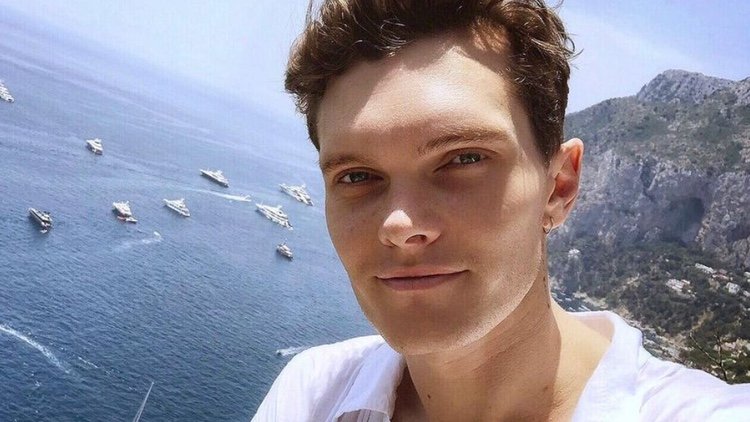 Actor Luke Baines came out over the weekend, sharing a sweet but simple social media post in celebration of Pride Month.

The actor, best known for his role as Jonathan Morgenstern in the final season of Shadowhunters, wrote on Instagram, “I’ve been lucky enough to have been in love twice — the first time with a woman, the second with a man.”

“Label that however you like,” he continued, “but all I know that… love is love. Happy pride!”

Although Baines didn’t specify whether he is currently in a relationship, the two pictures he shared along with the statement showed two shadowed figures holding hands over street graffiti reading “Fuck, I think I love you” and a hand holding a note saying “You are perfect to me,” leading to some speculation that there very well may be some romantic joy in his life at the moment.

Fans and friends alike came forth to celebrate with Baines, flooding his Instagram with positivity and support.

The number of celebrities coming out as somewhere under the LGBTQ+ umbrella is vastly larger than it has been in decades past, which often prompts speculation that it should no longer be necessary, or a big deal when someone new in the public eye chooses to simply state their identity for the world.

But Baines’ post prompted at least one fan to remind people why it still matters, writing, “When celebrities publicly come out, they’re publicly telling queer kids ‘it’s okay to be who you are.’ They’re showing queer kids that what their parents think of them is not what the world will think of them and that they’re worthy of love.

“When a celebrity comes out and queer kids are happy about it, it’s not just because ‘they’re part of our club!’ It’s because they’re reminded that it’s okay to be who they are and that they’re not alone.”

All the same, welcome to the club, Luke!

My name is Damyan Ivanov and i was born in 1998 in Varna, Bulgaria. Graduated high school in 2016 and since then i'm working on wordpress news websites.
Luke Baines, News, Shadowhunters, TV Series